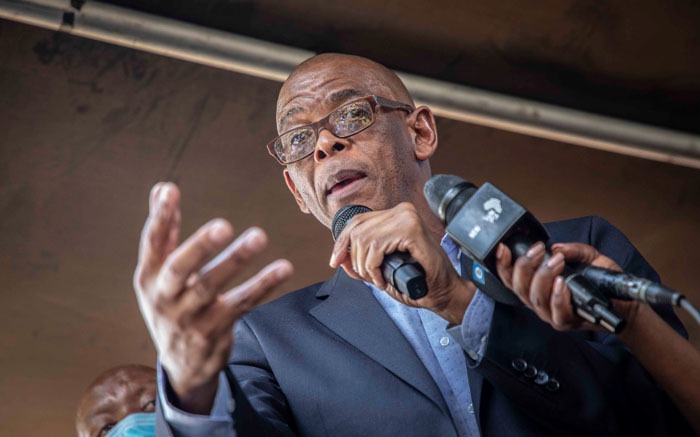 Radical Economic Transformation forces aligned to suspended secretary general of the ANC, Ace Magashule have vowed to shut down Mangaung in the Free State province as his R255 million corruption trial resumed.

Magashule will be appearing in court on the 19th of October at the Bloemfontein High Court in Free State and his allies are already gearing up to make their way to Free State.

The same way they graced former president Jacob Zuma's welcome home prayer in Durban this week, RET forces have vowed to storm the city of Mangaung in the Free State in support of their RET champion Ace Magashule.

"All roads leads to BLOEMFONTEIN. Date: 19 October 2021. We are fully supporting our SG @Magashule_Ace. We will shutdown Mangaung," said one of the RET forces on a social media post.

The National Prosecuting Authority was however previously criticized for wanting Ace Magashule's corruption trial to proceed without comprehensive evidence and a few weeks ago the Hawks and FBI were reported to have been interrogating the key witness in the case who is now based in the US.

It is not clear whether the trial will proceed because the state will have implicating evidence against Ace Magashule or the case will be postponed to a further date.

The NPA wanted the trial to proceed and charges be added as they go on to which the judge objected.

The exposé of Oscar Mabuyane for his R450 000 corruption and fraud, yet nothing has happened to him has been described by some critics as a clear selection on who must be prosecuted and who must be protected depending on which faction of the ANC they are aligned to.

"SG Ace Magashule is charged by Hawks for failing oversight. Oscar Mabuyane there is evidence that he received corrupt money from three municipalities in Eastern Cape, but there is no warrant of arrest for him as yet. Is it because he is in CR17 camp? Critics questioned.

All Alcohol drinkers must participate in this before 20th of December or this will happen.

Julius Malema at it again, After Insulting Tito Mboweni By revealing this words.