List of Corruption scandals in the South African government departments

List of Corruption scandals in the South African government departments. 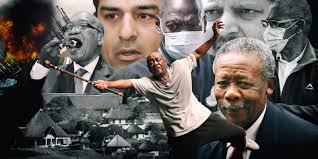 What is the Analysis of Corruption Trends ( ACT) as reported by Corruption watch, states embezzlement, procurement irregularities, bribery, and stolen resources are the most common forms of Corruption in South Africa. 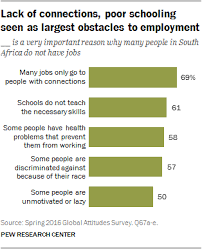 It is impossible to quantify the actual extent of Corruption in South Africa as much of the corruption takes place unnoticed and unpunished.

There are even more incidents of Corruption in South Africa that exceed Nkandla.

Beyond Nkandla, the other top Seven scandals are... 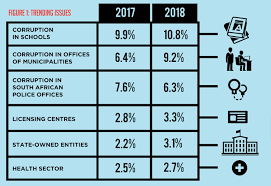 - During 2013/14, nearly 60% of the auditees had material findings concerning uncompetitive and unfair procurement processes and these findings were also the main cause of the irregular expenditure of R11.352 billion.

2. The cabinet and parliament

- In 2006, prominent ANC LPs such as Nathi Mthethwa, Lindiwe Sisulu, Ruth Bengu, and Humphrey Mmemezi as well as EFF LPs such as Dali Mpofu and Julius Malema Have all were implicated in irregular and corruption practices.

-A 2015 report showed that the Marabastad refugee office in Pretoria is a hotbed of corruption and bribery and is one of the most corrupt Home Affairs offices in South Africa.

- Since the hotline's inception in 2004, a report analysis of the complaints lodged with the National Anti-Corruption hotline stated that corruption at the Department of Home Affairs took fourth place, with 785 cases reported. 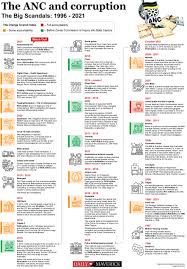 4. The Metro police / The SAPS

- It is not surprising to find South African Police brutalizing, soliciting, and accepting bribes from the innocent citizens they are meant to protect.

- Wealthy Criminals bribe police officers to thwart cases against them while poor people are denied justice because of less wealth.

- No scandal of this was bigger than the one surrounding former Art and Culture minister and struggle stalwart Pallo Jordan. It was established in 2004 that Jordan lied about obtaining his Ph.D. and has no tertiary qualifications whatsoever.

- A report compiled by Eskom and G9 Forensic found that the two consulting firms including Gupta owned Trillian made R1.6 billion (US$120 million) in fees with an additional R7.8 billion made from contracts.

An investigation done by the amaBhungane Center for Investigative Journalism found that the Gupta family had received contracts worth R11.7 billion from Eskom to supply coal between 2014 and 2017. Eskom was pressurized to sign the first coal supply contracts with Gupta-owned entities by then-President Jacob Zuma.

- During the 2013 financial year alone, a total of 1 846 cases have been captured on the fraud case Management System of SASSA.

" Although investigations of this nature may sometimes drag, she was pleased that they have moved with speed to finalize 841 of these cases, " The minister said.

If you believe you have credible information that is linked to any fraud or corruption you can pass this information to these agencies through their hotlines and emails:

Here Are The Sassa Grant Payment Dates For July 2022;

For Crypto Gurus: Here Are The Future Predictions Of Frontier, Woo Network And ANKr

Crypto Beginners Guide: Here Is Everything You Need To Know About Reef, Tezos And THORChain