The former minister of finance, Mr Tito Mboweni have been posting different pictures of him observing vacations now that he had left office. It seems like the ex-finance minister now have ample time to do recreation and other leisure activities. However, the pictures posted by Mr Tito Mboweni today got his Twitter followers talking, as they asked why he is visiting such a secluded and lonely place without somebody guards. Actually, the minister appears to be in the company of two young people who are perhaps guides. The place is a bit mountainous with a shallow river. The minister who loves nature to a fault seems to be admiring the serenity, the calmness, and the beauty of the environment. Unlike before, the minister did not disclose the exact location of this place where he is currently touring. But one can see that the former minister is having the best moments of his life, retiring healthy, strong and wealthy. What better things could a man ask for! 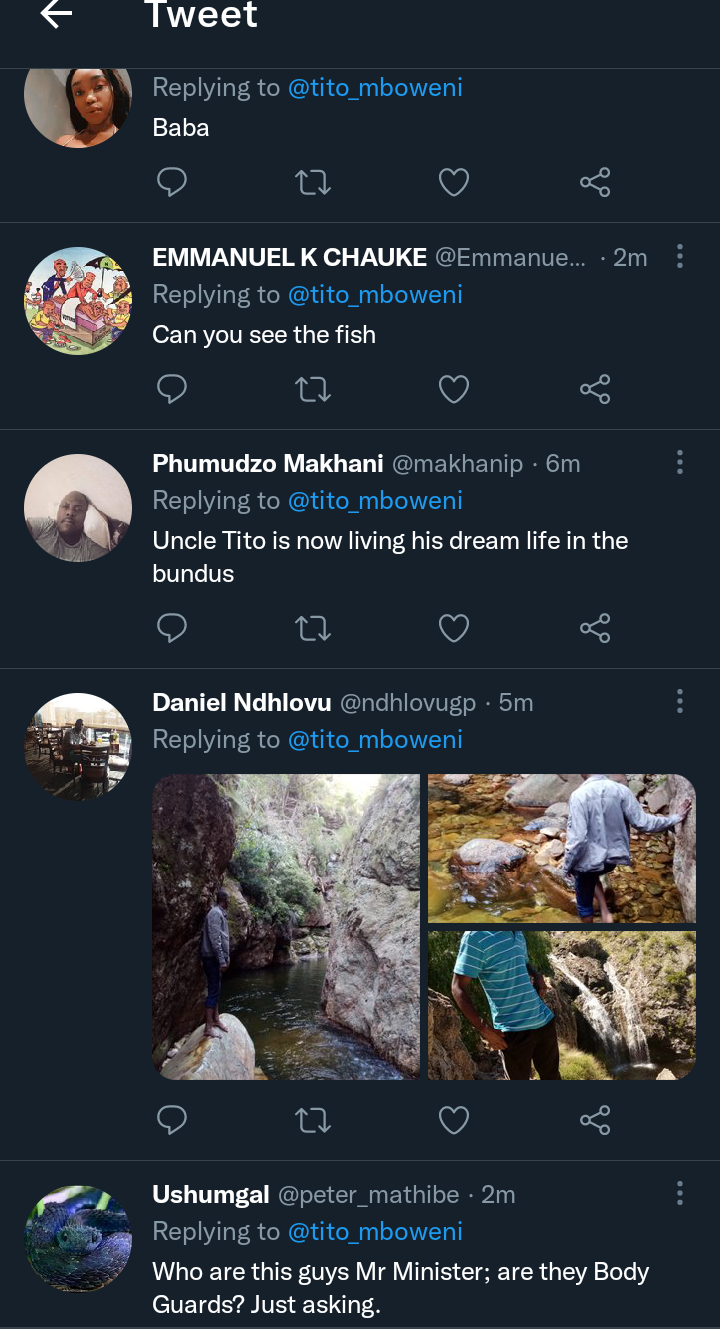 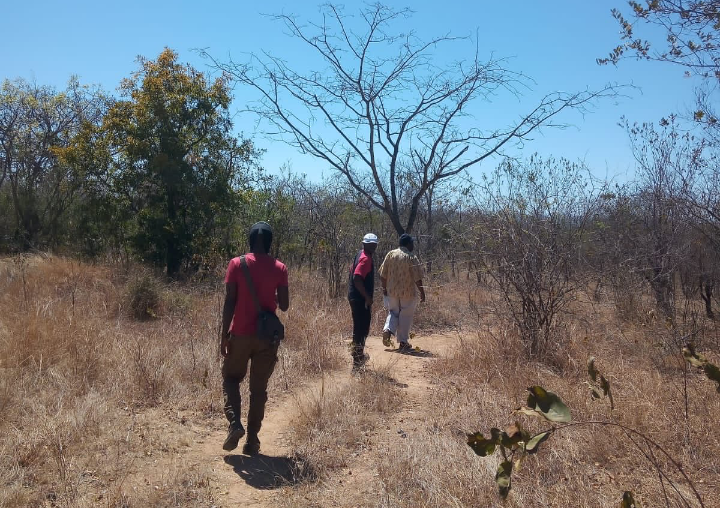 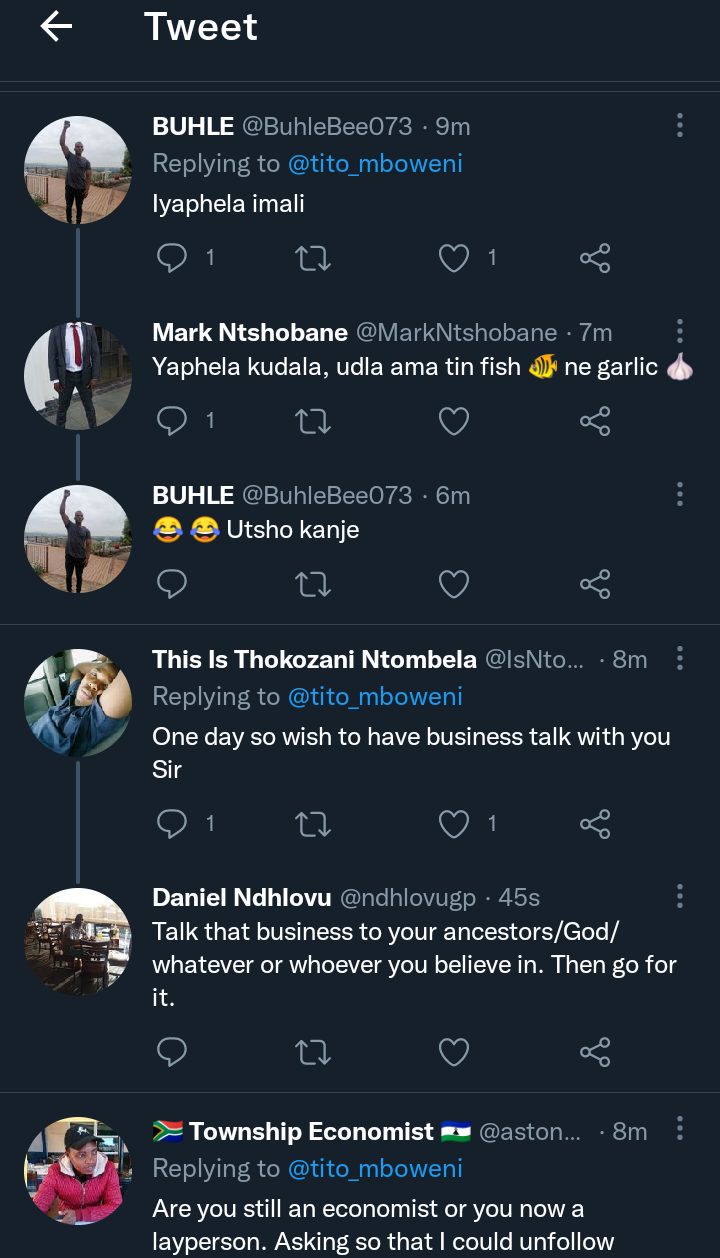 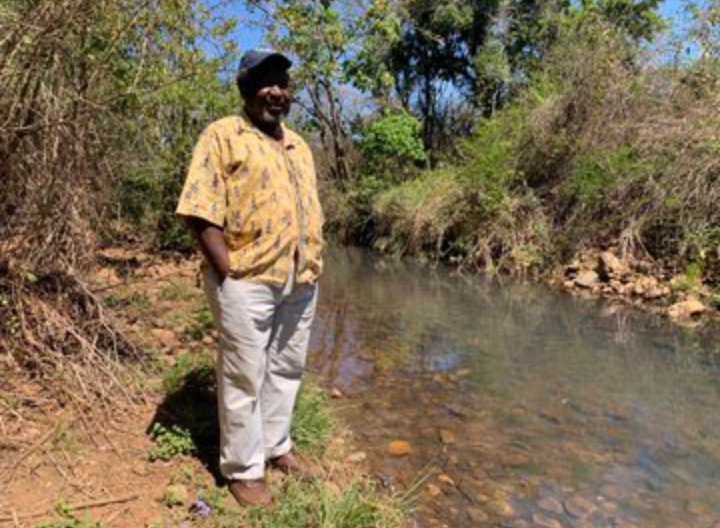 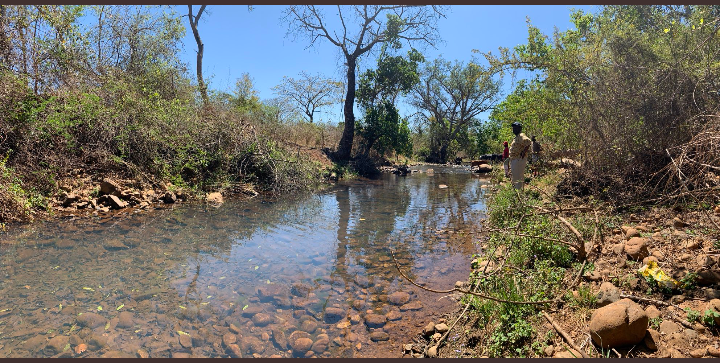 The ex-financial guru has been posting things that show he is not pleased with the infighting among the ANC factions, as he usually begged them to unite. The man is currently observing a vacation, and he has thrown away the heavy weight of politics to refresh himself once again. Someone who felt concerned about the ex-minister asked him politely, “Who are these men, Mr Minister; are they your Bodyguards? Are you still an economist or you know a layperson? Asking so that I could unfollow just asking, though”. Another person added the minister is surely, “Uncle Tito is now living his dream life in the bundus. Nice and clean water there. One day so wish to have business talk with you Sir”. Tito Mboweni is one of the few politicians in South Africa that have a large following on Twitter and seldom block their critics. Recall that many South Africans have been complaining that politicians are always blocking them when they ask for accountability or clarity on a particular issue. Mr Tito Mboweni is not among that league. 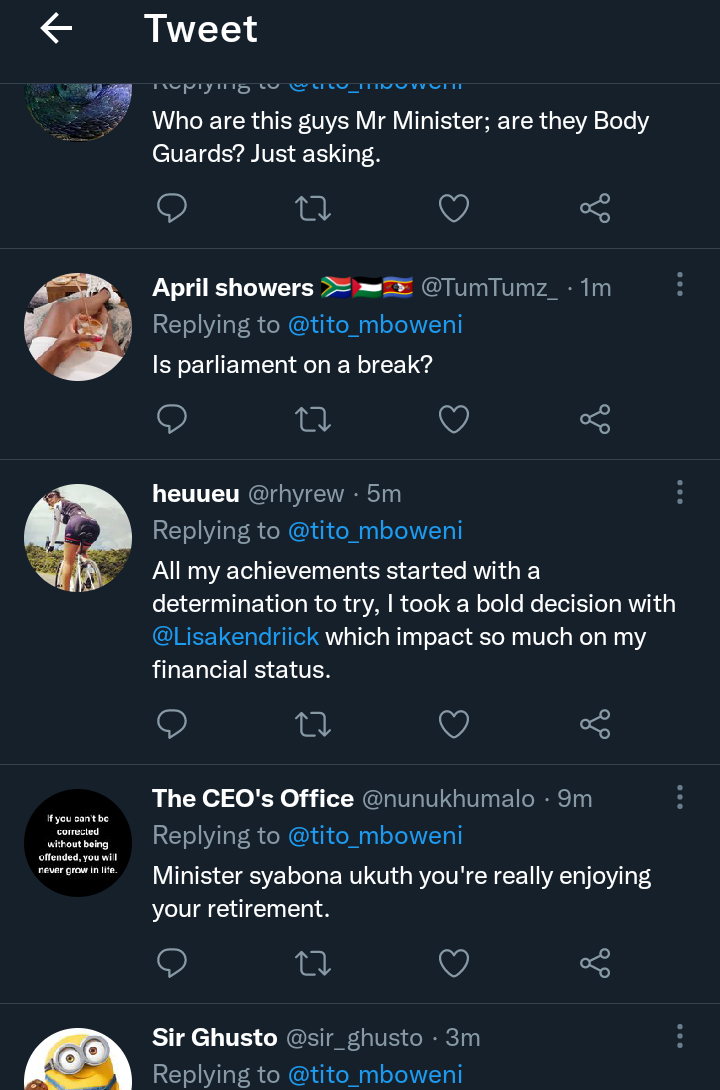 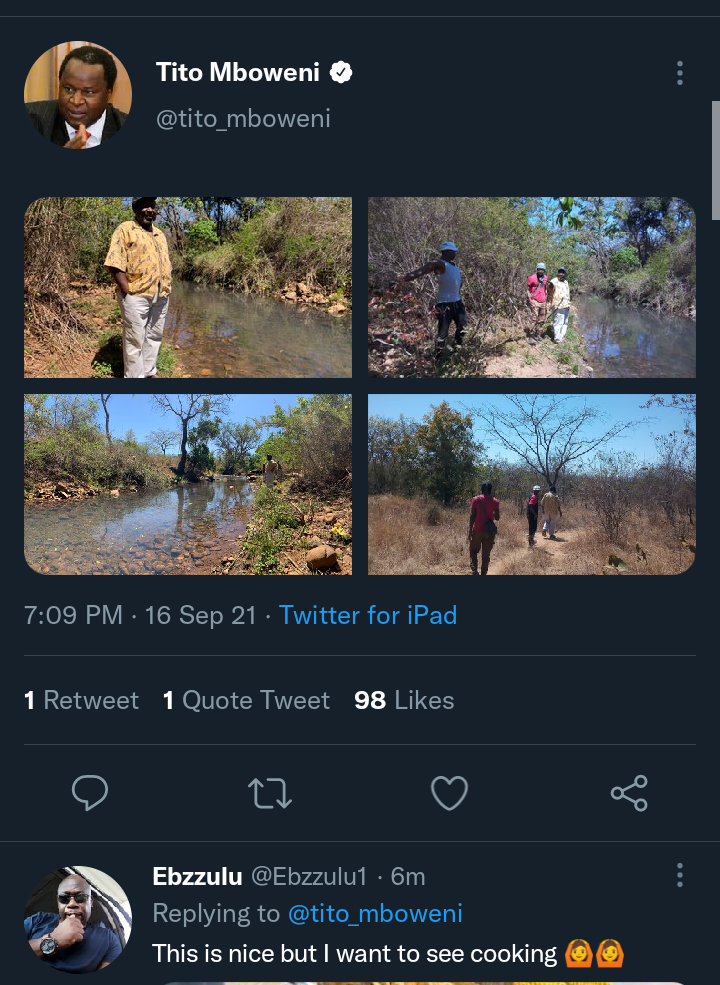 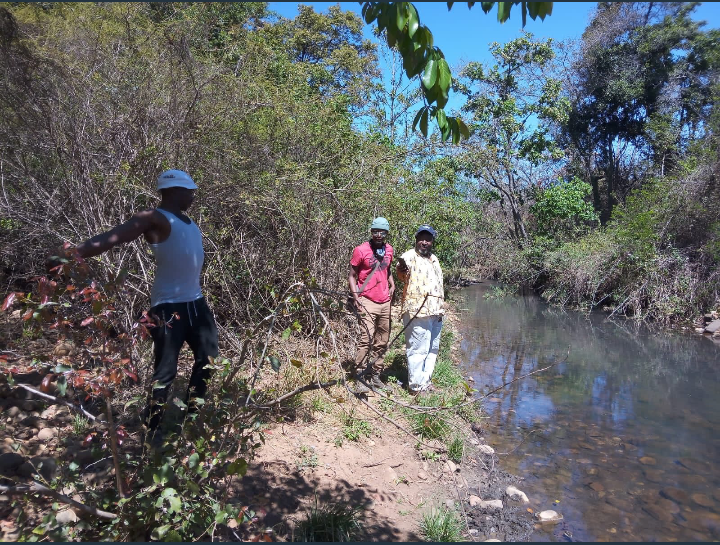 The minister is widely known for his tolerance and friendliness. Even when his Twitter followers do make jest and fun of his shoes and coats, the former minister would rather join in the joke than take offence. Not many South African politicians have this spirit of tolerance and ability to accept and manage critics, both in real life and on social media. Hundreds of people have complained that Mr Fikile Mbalula aka Mr Fix have blocked them on Twitter for merely asking him a question that ordinarily shouldn't have been an issue.

I Stopped Giving My Friends Relationship Advice And You Should Too

In Shock: See What A Dog Did To It's Owner's Grave That Got People Talking

A Man Suspected His House help, He Installed A Hidden Camera And Found Her Doing This In His Bedroom

From Jellof To Fried Rice, See How Bakers Turned Cakes Into Different Things

OPINION| The Coming Elections Is Not About Race But Service Delivery

Zodwa Wabantu and her Ben 10 currently left Mzansi dumbstruck with their love.