The cost of rebuilding the uninsured parliament has sparked a controversy among South Africans.

By SAJOBVIEW (self media writer) | 7 months ago

The houses of parliament, which caught fire a few days ago, are not insured, which means taxpayers would be on the hook for an R1 billion repair and reconstruction expense. 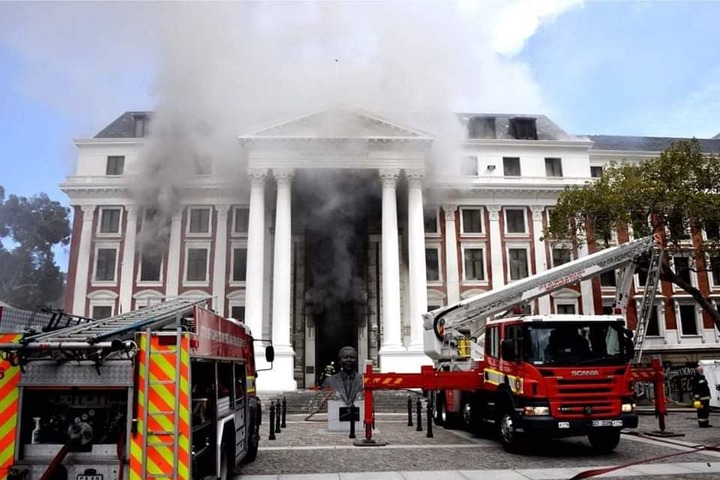 As Cape Town firefighters finished their three-day battle to save the complex of buildings in the city center, interim director-general Imtiaz Fazel conveyed the news to parliamentary leadership and political party leaders.

Fazel said the expense of insuring an R141 billion state property portfolio with over 82,000 buildings was untenable in his comments to the Sunday Times on Friday. Despite receiving $4 million per year to maintain the structure, the state could not afford to insure it.

These developments sparked a controversy among South Africans, with taxpayers concerned about the method of administering the funds to rebuild the parliament. Mzansi does not trust the government to operate a smooth and corruption-free reconstruction project without insurance oversight.

The government reported in 2020 that they spent 203.1 million rands on Parliament repair between 2018 and 2020, despite the last maintenance was done in 2017 under previous president Jacob Zuma.

3 Mzansi Celebrities Who Have Been Cyber Bullied By Fans