Every time when there are elections, we are promised heaven and earth by the politicians and in most cases they do not fulfill any of those promises. The only thing that they focus on is the tenders. President Cyril Ramaphosa in 2019 when campaigning for the elections promised the people of Alexander that they will build about 1 million houses for them.

The minister of transport Fikile Mbalula then went on national TV and said that there is no million houses and this was during his interview on eNCA. Politicians are flip-flopping this time around. These elections are really making politicians to feel the heat. How can someone who is the head of election in the ANC lie with a straight face on national TV? Even when he was asked of how many houses were promised, he could not give an answer. He just said that they are busy building house, but he also said that when the promise was made, it was 2019 meaning that it was only 2 years and we should not hold them responsible. 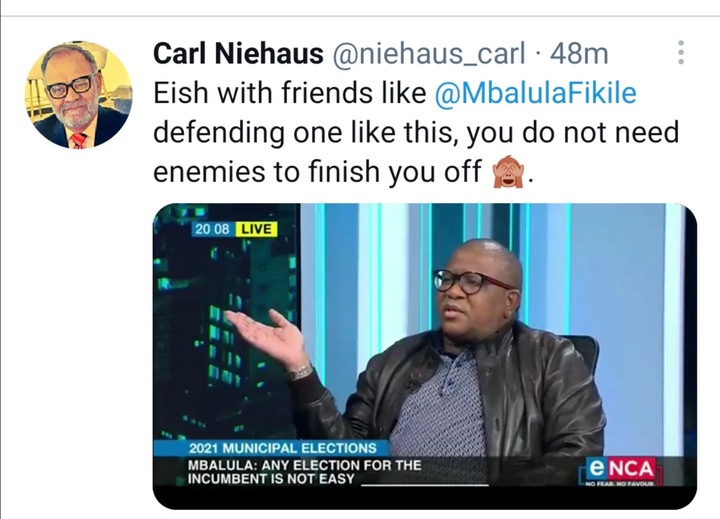 Mbalula was defending President Cyril Ramaphosa to the point were he even made himself look like he does not know what he is talking about. There was a clip of Ramaphosa saying it out loud to people of Alexander that they will build 1 million houses.

The thing with the ANC of always sending Mbalula to interviews will be their down fall. They know that he will flip-flop like he always does. It seems like there are no other people in the ANC who can represent the party apart from Fikile Mbalula. He did the same thing on the international stage. He dispointed the ANC and the country as a whole. Between Mbalula and Ramaphosa, we don't know who is lying to the people of Alexander

The local government elections are due on the 1st November and it seems like the competition is tough this time round. Small parties and big parties are all out and about convincing voters to vote for them. This is really not a good time for flip-flopping like Mbalula did.