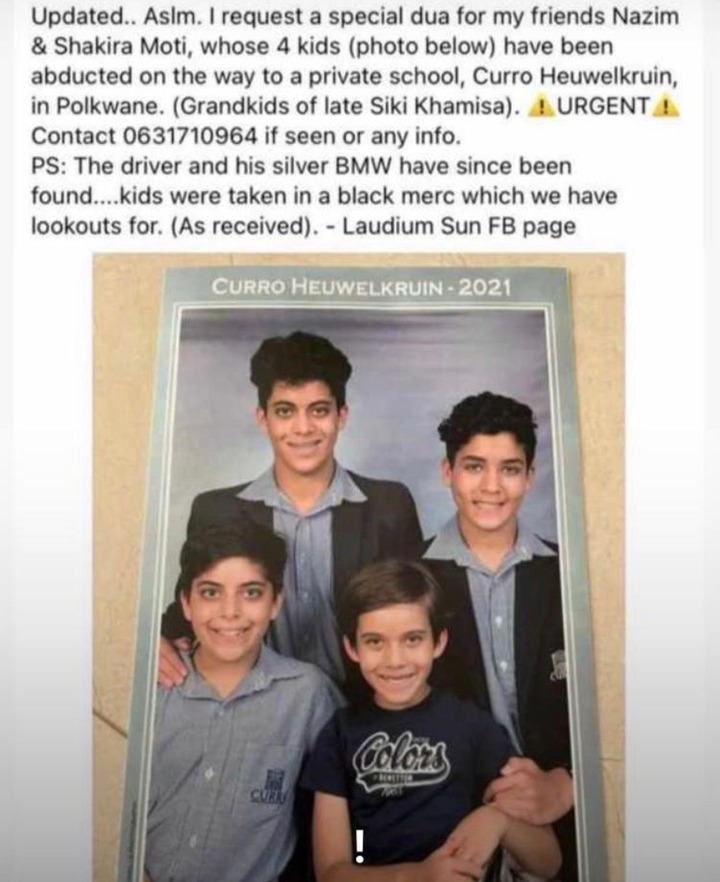 It is now being reported that the car that the boys were being driven in has been found along with their driver, but there is currently no word about the whereabouts of the young boys, and the family is yet to receive any messages from the kidnappers asking for random. 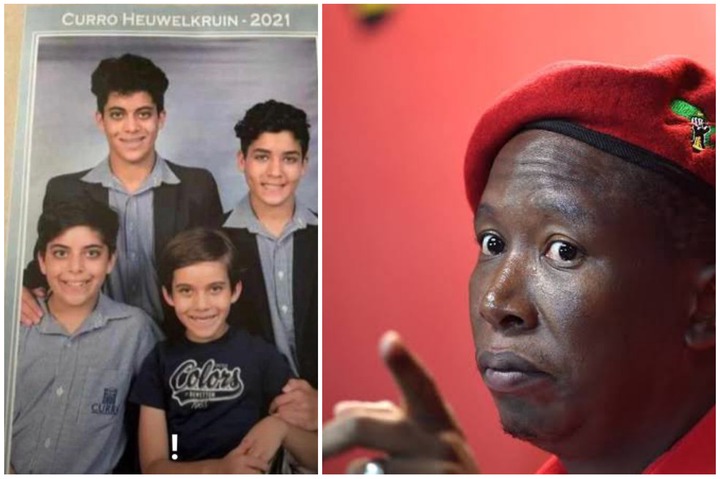 In response to the kidnapping of the young boys, Economic Freedom Fighters (EFF) leader Julius Malema has taken to his official Twitter account to send out an urgent message to the EFF supporters to help find the kidnapped young boys, and bring the perpetrators to justice.

"All ground forces, let's be the first to find the culprits, we just want to talk to them. Attack!!!" - Wrote the EFF Commander in Chief.

Junior Khanye's sad past when he went BROKE revealed