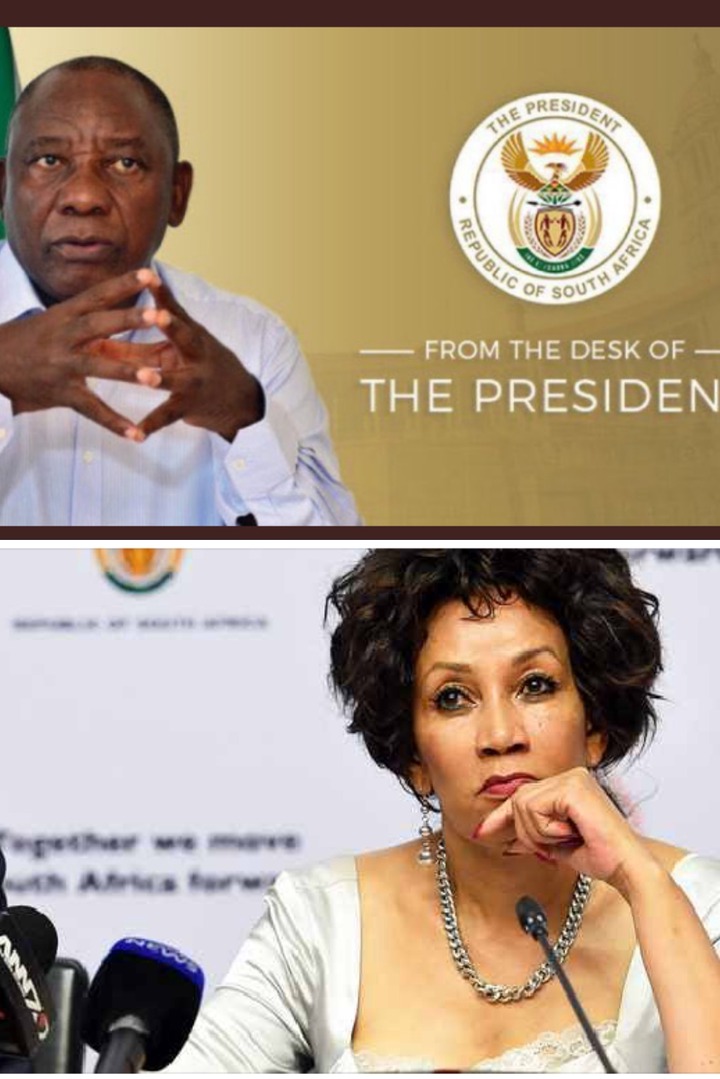 Lindiwe Sisulu has distanced herself from the statement issued by the embattled Presidency. Minister Sisulu did meet with Pres Ramaphosa but didn't RETRACT. Sisulu has stated how she still stands behind her opinion. https://t.co/oBJ0sNlUao

This was the meeting minister Lindiwe Sisulu heard with the media that she still stood on her ground never to retract, and you stood on what she has panned down.

I have just been informed of a media alert issued by the presidency that apparently claims that I Lindiwe Sisulu retracted my original expression.

I wish to categorically disown this statement in its entirely as a misrepresentation of the said meeting I had with the president, the president and I met On Wednesday at 9am at his house, in such a meeting, he shared his challenge with one aspect of the article on the judges. The president proposed an intermediary that that would focus on the line about the judges to resolve that I waited such to be communicated, which would do Nothing to the entire article.

Under no circumstances did I commit to any retraction or apology, since I stand by what I panned.

Someone also said that I don't know why I don't buy this cat fight between CR and Minister Sisulu. I somehow get a sense they are working together to further polarize the ANC ahead of December—and hence weaken RET, since some see her as their possible pick. Just an opinion, might be wrong.