There was contraversions about the appointment of the new Senate leadership in the jubilee party as the president demoted Senator Murkomen and Senator Kahika In there major leadership roles.

There have been alot of questions about this move given that the two demoted senators were very close and die hard supporters of The Deputy president William Ruto. Some have said that the move was an indirect fight against the deputy president.

Miguna Miguna the outspoken lawyer and the man behind swearing of Raila Odinga has today come out to talk to the the Jubilee senators after there seats as leaders was ripped off from them. 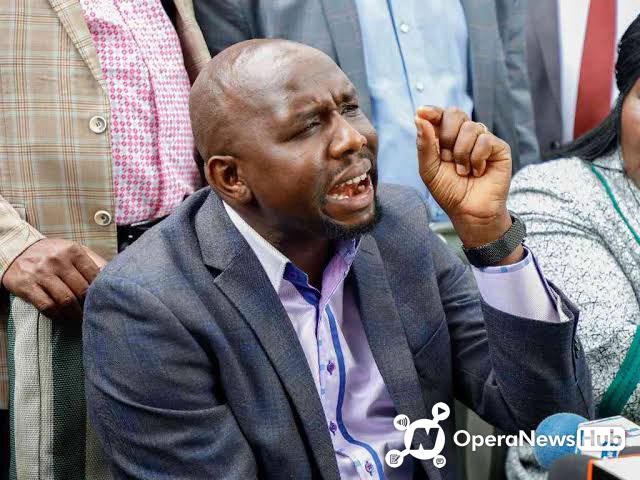 "To Kipchumba Murkomen and Susan Kihika, Fight for your democratic rights without fear. Don't listen to cowards and despotic apologists. You are not second class citizens. Despot Uhuru Kenyatta must be fought and defeated publicly and legally on all fronts. The political wrangles in Jubilee is set to see it's downfall and it is the covid-19 pandemic that has stopped alof of things from opening. Some say politics is a very dirty and so it's good to keep off

Opinion: I am Starting to Believe People Who are Saying There is no Corona Virus

No one knows tomorrow, South africans will one day go to Zimbabwe for help- Zimbabwe man says

Our problems are caused by government not foreigners