At the funeral of an ANC veteran, Tony Yengeni spills his beans.

ANC NEC member Tony Yengeni spilled some beans at the memorial service for the late Kebby Maphatsoe, the late president of the MKMVA and a member of Parliament for the ANC.

Kebby Maphatsoe's death has been described as "a very sad occasion" by Tony Yengeni, a supporter of the RET who was also scheduled to attend the ANC NEC meeting this weekend.

"It is with deep sadness that we announce that he is no longer with us. As the ANC NEC's leader, Kebby spearheaded the group's efforts to unite while still retaining their unique identities. He held a commanding position in the organisation. 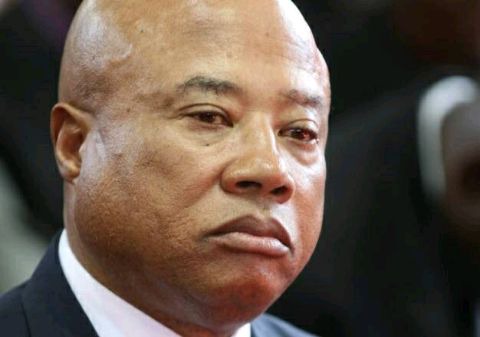 The encounters with Kebby Maphatsoe that were less than pleasant taught me a lot about the character. A closer look revealed an ANC and Umkhonto we Sizwe activist, which I was shocked to discover. His demeanour was adamant and courageous when he spoke. A stronghold in his political life, he held high regard for the African National Congress (ANC) "A statement from Yengeni was heard.

It didn't matter what the circumstances were, Kebby Maphatsoe remained unwavering in his support for his colleagues and their families. He claimed that others in the party despised him for his tenacity.

Memorial service for Kebby Maphatsoe was attended by members of the Umkhonto Wesizwe Military Veterans Association.

Maphatsoe and Mbalula were embroiled in a long-running feud at the time of his death.

after he referred to Maphatsoe, who lost an arm fleeing military training, as both a "thug" and a "coward."

There are many things he would like to say about the ANC that are not right, but he must restrain himself, he said with a heavy heart.

I'm inclined to participate in ANC politics, but I'll keep my distance, he said.