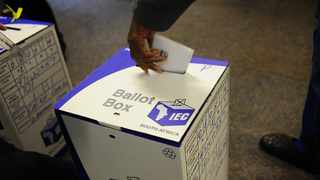 Some said the polling booths probably been altered where they were put away over the course of the end of the week.

"We have recently been knocked off. We are finished with the counting, yet we didn't count the unique votes in light of the fact that the cases were altered," said a staff part yesterday.

Authorities said they didn't have the foggiest idea what might befall uncounted uncommon votes, saying "maybe the IEC could address that inquiry".

Mabopane occupants vote in favor of progress in City of Tshwane

Recently, similar authorities in Waverley left on a dissent for no less than 30 minutes by shutting the democratic stations and not permitting individuals to cast a ballot.

They were abused after the IEC purportedly neglected to give them business contracts before they began working. Authorities likewise grumbled about the commission's inability to give them food, constraining them to deal with hungry stomachs for the majority of the day.

"Food was just conveyed at 7pm, and it was one feast, and not two according to the underlying concurrence with the authorities during preparing. A portion of the staff were ravenous and feeling mixed up and we needed to close the stations from 6.30pm to 7pm," one authority said.

Irate electors, who were as yet in lines, blamed the IEC for attempting to deny them the option to cast a ballot.

The staff said contracts were brought to them in the evening, and they just marked them, yet they couldn't peruse them appropriately.

Boss Electoral Officer Sy Mamabolo said: "The issue of Waverley and the prohibition of polling forms from extraordinary votes has not become obvious, yet that sort of choice is one that is inside the domain of the commission. It's anything but a choice that a directing official and authorities in a democratic station can make. They should be approved for that."