According to a tweet by Hounarable Temba Mliswa, President Emmerson Mnangagwa is being implicated in recent violent and gold scandals at Chiturf Mining Syndicate. 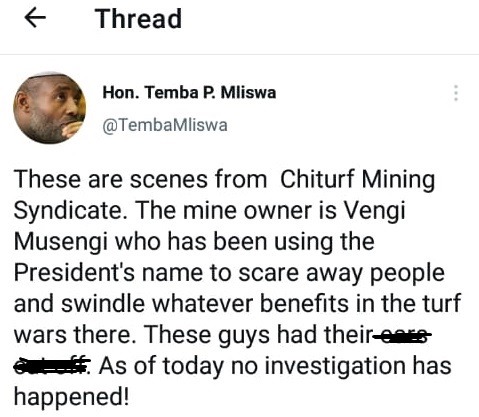 Shava and Vengi Musengi, owners of Chiturf Mining Syndicate, have been accused of frightening people and taking their gold and other benefits by using President Emmerson Mnangagwa's name. Vengi Musengi is the youth chair of the province while Shava wants to be chairlady of the province. Vengi has been allegedly bringing people from Kwekwe with the help of a man named Nhdlela. This resulted in brutal violent clashes which left some of the gold panners severely injured. According to Mliswa, this is not the first time as these people have a history of violence.

According to a tweet by Honourable Temba Mliswa, Vengi Musengi is saying that the proceeds from the mine are going to president Emmerson Mnangagwa's pocket.

“Vengi alleges that proceeds from this goes to you. It's an abuse of your name which should be stopped, ‘tweeted Mliswa 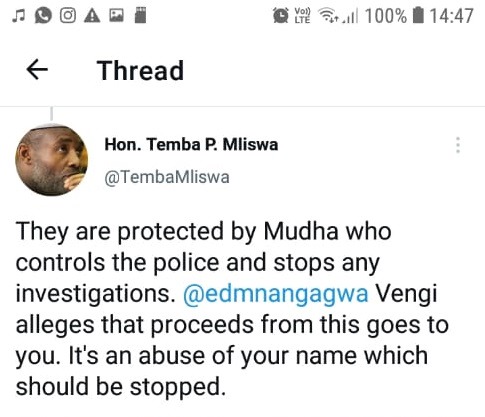 Mliswa said no arrests have been made so far because these people are being protected by a person called Mudha who controls the police and stops any investigations.

“Police& CIO are all compromised through the Mudha & July Moyo cabal. We can't be such a lawless country”, tweeted Mliswa. 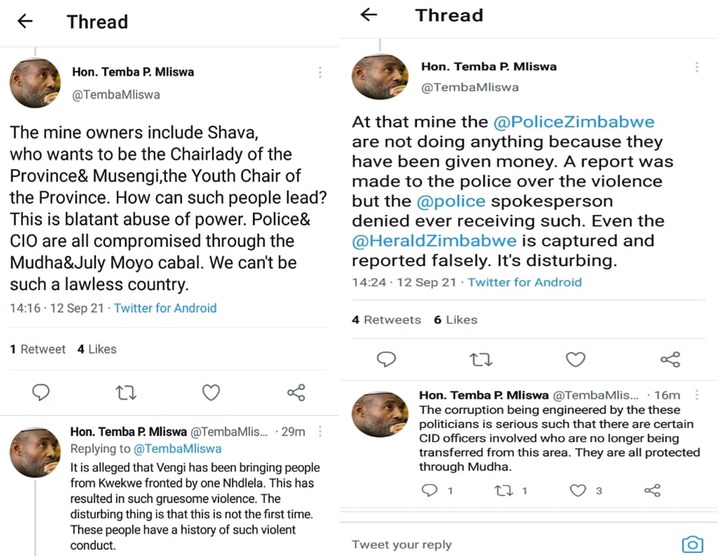 The serious allegations which have been uncovered by Honourable Temba Mliswa are worth looking at. The MDC once mentioned that Mnangagwa was the Archibishop of the notorious Mashurugwi and mentioned the name Mudha.

Here is what Luke Tamborinyoka said in January 2020,

"It is none other than Owen Mudha Ncube also known as Touch Bomber who is actually the deacon of violence being led by his Godfather and the archbishop of Mashurugwi who is none other than Emmerson Mnangagwa who is providing papal services to all vigilante groups and the violence taking place." 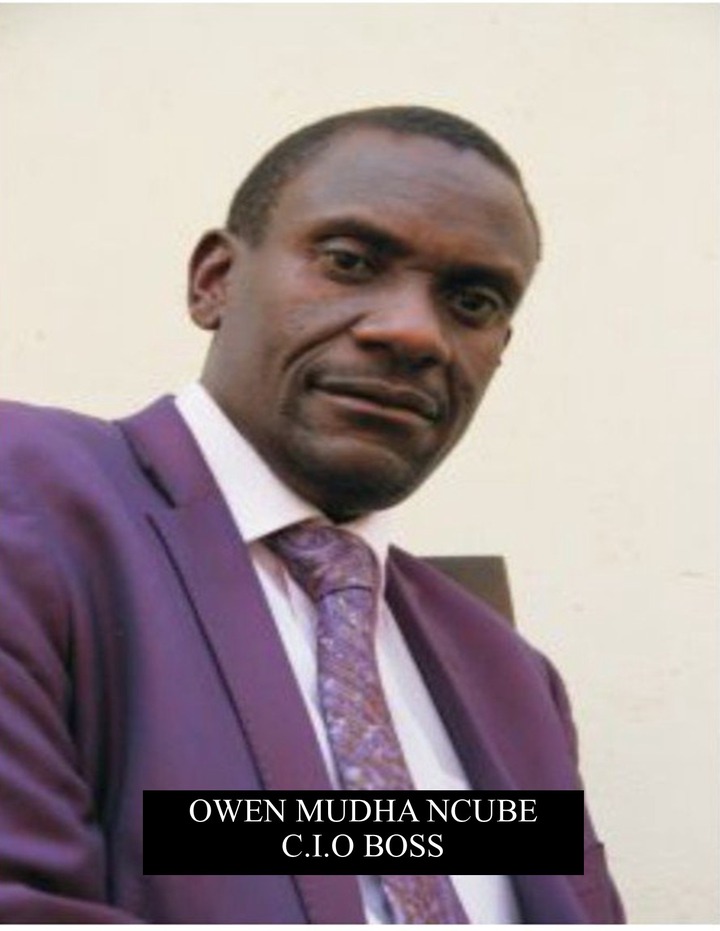 The fact that no arrest has been made by the police shows they might be an element of truth concerning the matter. Shava is a zanu pf member while Vengi is the youth chairperson of that province. The police are always reluctant when it comes to crimes being committed by zanu pf members. If Mnangagwa is not involved in this deal he has to expel the two from the part and make sure an arrest is made. As we are approaching the 2023 election, the President has to maintain his reputation if he wants the majority of Zimbabweans to have confidence in him. If the people don't have faith in you they become hard to govern.