When it comes to South African politics, there is always something to talk about. Few days ago it was the issue of the minister of tourism Lindiwe Sisulu and today the topic of the day is Naledi Chirwa who many are outraged after her tweet to the President.The matter that was raised by Lindiwe Sisu is now old news. 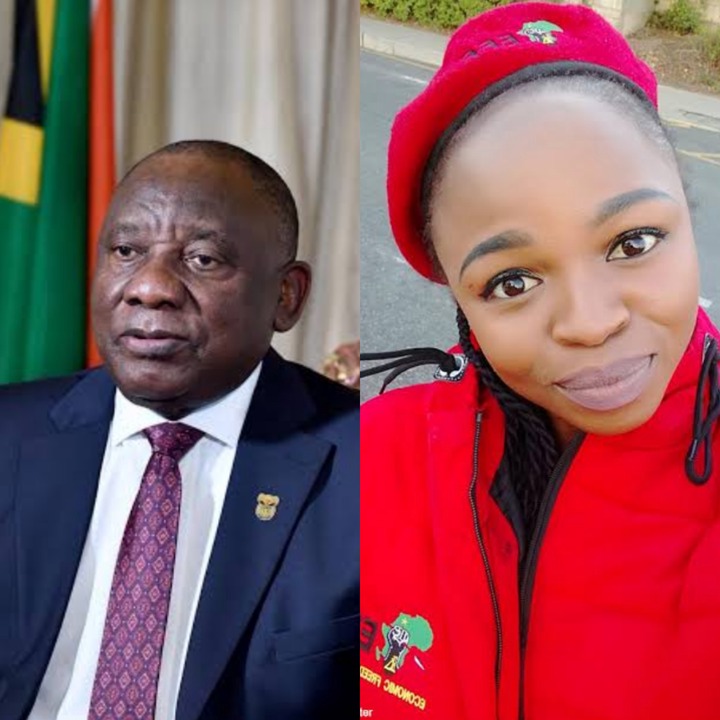 This thing of the President being insulted did not start now with Ramaphosa. Even during the time of the former president Jacob Zuma, he used to be insulted but people never got angry like they are now.

People are angry that the president is being called a small boy. But this is the same language that the President used when he was asked about the issue of Ace Magashule attending some ANC gatherings during the time when ANC was celebrating its January 8 Statement. He said that when a big match start to play, people will no longer focus on the small boy kicking the ball outside but they will focus on the bigger match. We know that he did not say that Magashule is a small boy directly, but it is what he implied. The president is actually getting the taste of his own medicine from unexpected person. 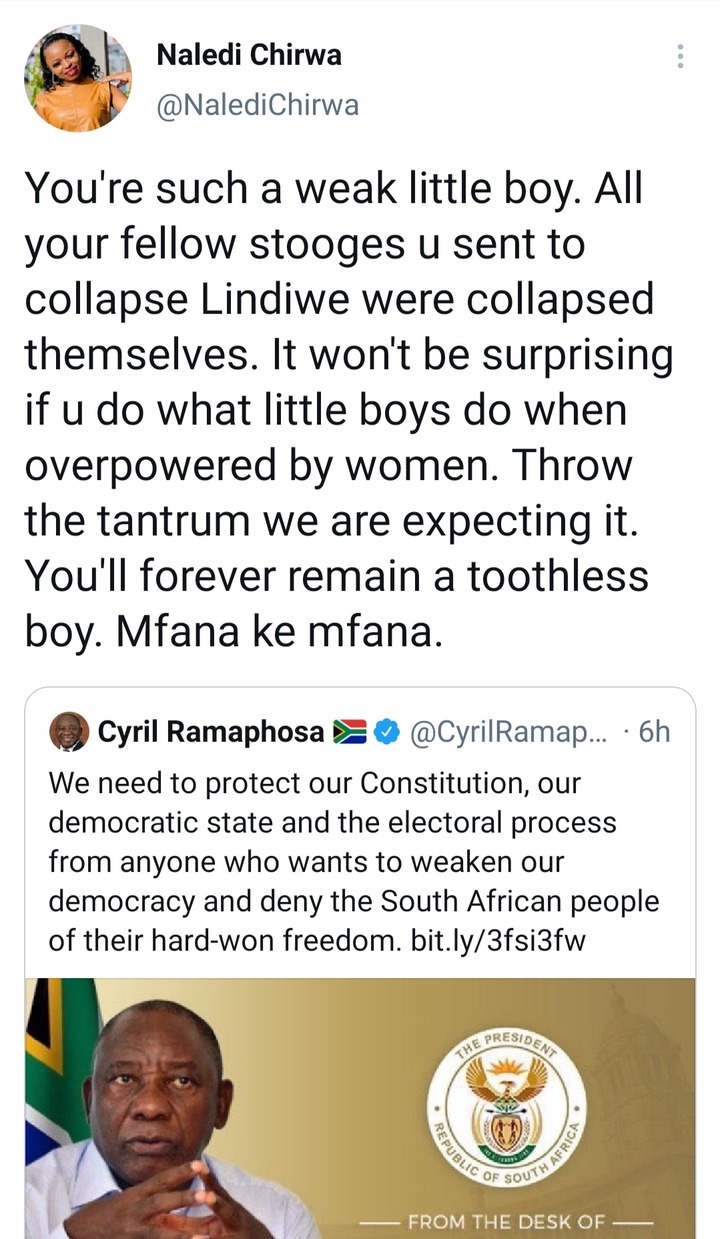 Even Rob Hersov is always insulting the present but no one has ever called him out, or maybe because he is a white man. The only thing that seems to be at play here is the fact that Naledi Chirwa is a foreign national and that just makes people go crazy. We know that the relationship between foreigners in the country and the South Africans is not a good one at all and this is just one of the reasons tempers have risen so high among South Africans.

Some are even angry that when Naledi Chirwa was disrespecting the former president Jacob Zuma, nobody has ever called her out because it fitted the narrative. Now that it is the beloved president, people are feeling the heat. They are breathing by the wounds.

Naledi Chirwavhas also indicated that she will not respect Ramaphosa and we have also seen that there are spaces already created to discus this matter.

Soak ginger and garlic in cold water overnight, drink it to cure the following health condition

'See Why You Should Sleep Naked. (6 Reasons). This Will Blow Your Blind For Good.