Mmusi comes for the ANC, again

By Oratile_Olivia (self media writer) | 2 months ago 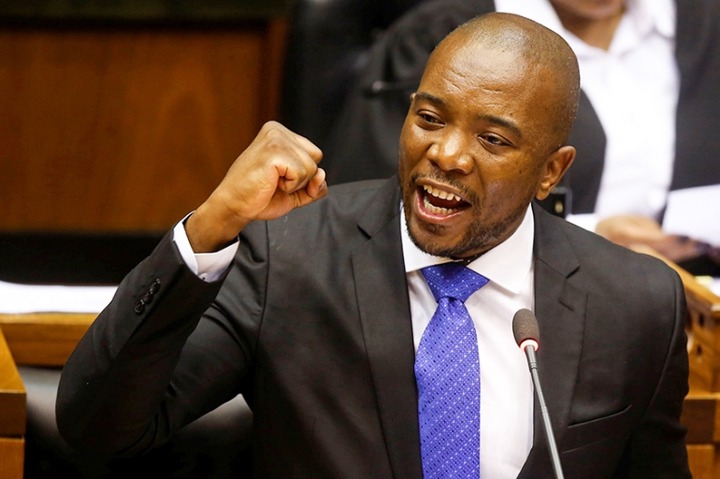 Former Leader of the Opposition of the Republic of South Africa, Mmusi Maimane has yet again risen against the ANC in might and confidence. The month of September, in its early days, has seen him campaign for the voting out of the ruling party of South Africa, the ANC.

The opposition of the ANC from Mmusi is not new, as we saw him come to light under the Democratic Alliance (DA) when he was very much head-in in politics. Confidently, he has always been one to speak up and give reason as to why he doesn’t believe in the ANC and why he encourages people to stop voting for the political party. 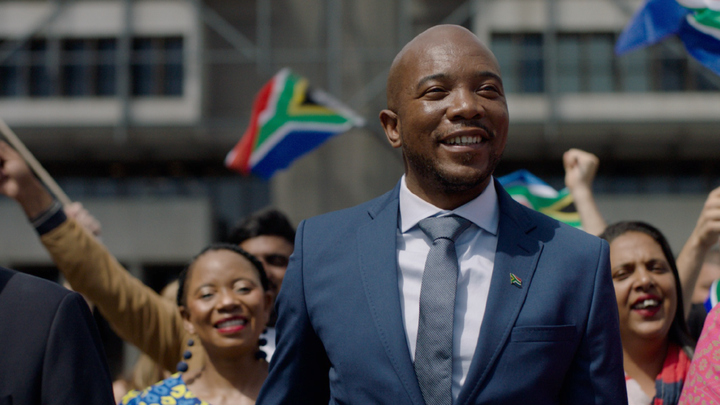 One would have thought that his departure from the DA will have him laying low and not often heard of in the voice of politics, but it is now clear that he will not rest until the ANC is voted out. Reasons why Mmusi firmly stands against the ANC are not even a secret as he has made them known to public in numerous and various occasions, be it directly to the public in person or on social media.

On the 3rd of September 2021, he tweeted, “Whatever the date. We must vote the ANC out. We have suffered enough. This nation needs a break from corruption, mismanagement and mayhem. Our municipalities are falling apart.” In cases like these where Mmusi urges citizens to vote the ANC out, questions as to which party should be voted in arise, but he responds not. Guess to him, any other party is better than the ANC. 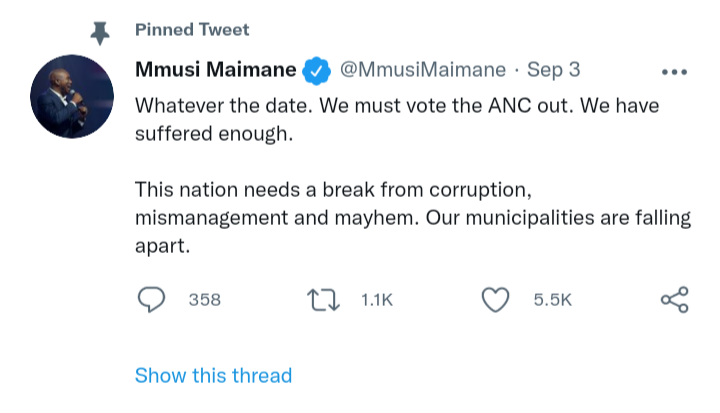 Hours ago, Mr Fix @FikileMbalula went to Twitter to encourage people to register to vote, specifically for the ANC, saying, “ALL eligible voters to register to vote for the ANC in the local government elections during the voter registration weekend 18-19 September 2021 between 8am and 5pm #ANCLGE2021”

It was not long after that when Mmusi Maimane saw the tweet and quoted it, saying, “Register to vote. To vote the ANC out.” 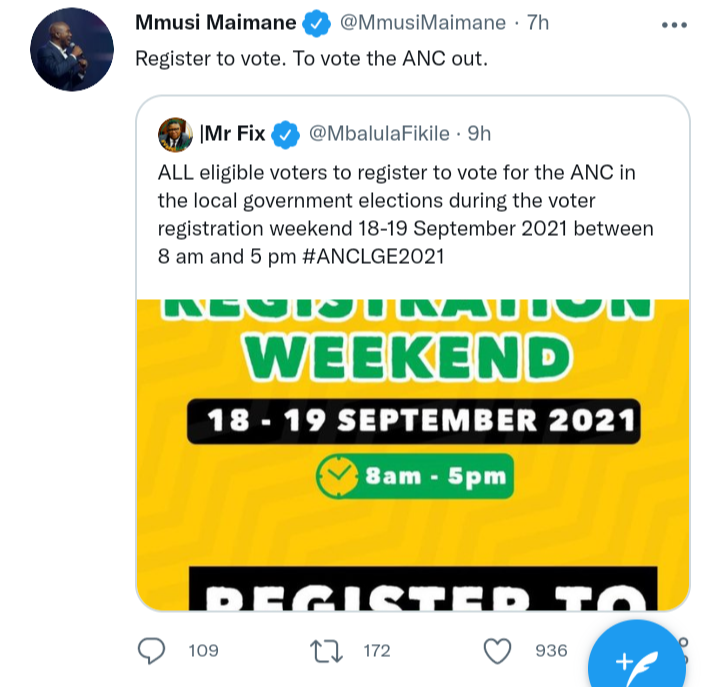 Will the ANC ever be voted out? Which party do you think would come in? Interact with us and tell us what you think.