While Chief Justice Raymond Zondo made the damning finding the ANC's cadre deployment policy is unlawful and unconstitutional, ANC chairperson Gwede Mantashe says without that policy, apartheid officials would still be in charge of the state. He has also dismissed the finding as that of a commission and not a court. Mantashe said without cadre deployment, the transformation of the public service since 1994 would never have been possible, and defended the deployment committee's nod to Gupta stooge Brian Molefe.

"What is unlawful should be that in 1994 every head of the department was white. That is really what is unlawful, but cadre deployment, which changed this situation, is now deemed unlawful then I do not know what unlawful is," he added. In the final part of the report, which was released on Wednesday, Zondo said by President Cyril Ramaphosa and the ANC's own admission, cadre deployment could be abused to facilitate corruption and state capture.

Examining the legal framework, he noted the Constitution demanded a non-partisan public service. "Appointments in the public service are governed by a number of laws and policies, most significantly the Public Service Act, which seeks to ensure that appointment processes are fair, effective and in line with the Constitution. If appointment decisions are not made within this governance regime, but rather made behind the closed doors of the party, these checks and balances are circumvented," read the report. Zondo said if a party could decide appointments; it could abuse this power "to achieve ends which are not in the best interests of the country". The evidence has demonstrated that state capture has been facilitated by the appointment of pliant individuals to powerful positions in state entities. The essential danger remains that appointment processes which are conducted behind closed doors and outside the constitutionally and legally stipulated processes are open to abuse.

He emphasized Section 197(3) of the Constitution "precludes the favoring and prejudicing of any employee for supporting a particular political party or cause". Zondo said the Public Service Act (PSA) stated no appointment might be made, effected or decided upon in a way the act did not prescribe. Section 11 (1) of PSA reads: "In the making of appointments and the filling of posts in the public service, due regard shall be had to equality and the other democratic values and principles enshrined in the Constitution. 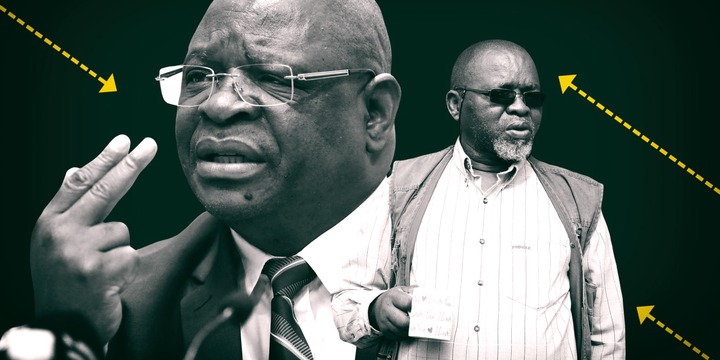 "The above requirements mean that, if there are two or more candidates competing for appointment to a position, they must be treated equally, there must be transparency in the process and they must be treated fairly; and those making the decision to appoint or recommend must be accountable. Zondo said the PSA did not mention membership of a party or recommendation by the deployment committee of the ANC or any other party.

"Therefore, knowledge of the policies of the ANC or any particular political party cannot be taken into account. He added it would be unlawful because it fell outside the PSA. The Municipal Systems Act (MSA) has similar provisions.

"What is said above makes it clear that within the current constitutional and statutory framework it is unlawful and unconstitutional for a president of this country, and any minister, deputy minister, director-general or other government official, including those in parastatals, to take into account recommendations of the ANC deployment committee or any deployment committee or any similar committee of any political party in deciding who should be appointed to a position in the public service or in organs of state or parastatals." 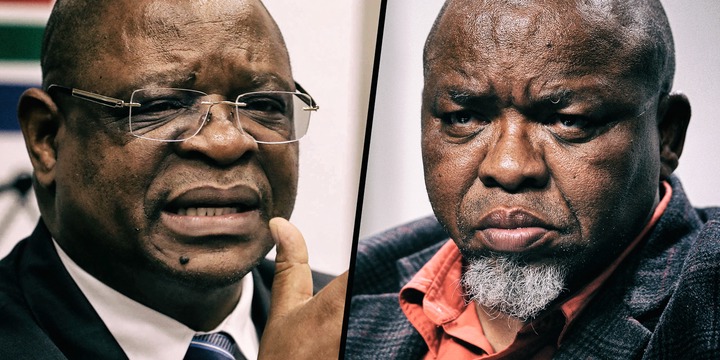 Zondo rubbished Ramaphosa and Mantashe's justification of the cadre deployment policy. President Ramaphosa's testimony was that most of those appointments had nothing to do with the deployment committee. He, however, stopped short of implicating former president [Jacob] Zuma in wrongdoing. He did not explain why the ANC allowed the former president to bypass a critical party structure so frequently.

"This is especially surprising that both he and Mr Mantashe vigorously defended the importance and necessity of cadre deployment at the commission, as well as the party's insistence are beholden to the decisions of its structures [democratic centralism]," read the report. According to President Ramaphosa, some of those appointments did go through the deployment committee, but the committee did not know that those individuals would engage in corrupt acts.

"The unfortunate implications of this are that the deployment committee was unable to select or recommend individuals who are 'fit for purpose'. It had repeatedly recommended individuals alleged to be involved in corruption or other unethical behavior, as well as individuals with public ties to the Gupta family, who were publicly known since 2011 to be involved in corruption. Zondo said Ramaphosa argued cadre deployment made the appointment process more rigorous.

"His own admission, that the committee has previously deployed unfit and/or corrupt individuals to positions of power, belies this contention. While Ramaphosa conceded there was "massive system failure" in the state and SOEs and some of that occurred because "certain people were put in certain positions to advance certain agendas" he did not directly address the role of the deployment committee in this system failure. President Ramaphosa stressed the need for transparency in appointments and selections, but offered no comment on how transparent the activities of the deployment committee were or are.

His own admission, that the committee previously deployed unfit or corrupt individuals to positions of power, undermines his evidence in regard to the general integrity of the deployment committee and its acts. That the committee did not prevent these appointments is an indictment of either its integrity or its ability, or both.

"It is not sufficient for President Ramaphosa to focus on the future of the party and his envisaged renewal process. Responsibility ought also to be taken for the events of the previous 'era'. He did so, partially." In justifying the party position, Mantashe said "everyone deploys".  You go to an area where the DA is in control; they fire people from the ANC and employ theirs. They don't call it cadre deployment, but it's the same thing."

This is a commission finding against us; it's not a court judgment. Deployment, generally, is it limited to political deployment? What happens when you have three major companies run by the same CEO, is that an offence? Mantashe likened cadre deployment to employment equity and black economic empowerment. In 1994, even white females couldn't put their hands up for any positions of responsibility, do you know that? So is it cadre deployment or affirmative action that is a sin? How is it different from affirmative action? Is affirmative action unconstitutional, and is black economic empowerment unconstitutional?

"What is it that they resent in the cadre deployment, because we just used to sit and discuss who moved to where within government? What do they say about well-performing cadres, their darlings? They have darlings in the ANC who made submissions at the State Capture Commission; you can mention all of them, your Trevor Manuels, all of them who are their darlings, and what do they say about them?"

Mantashe said the commission should not throw the baby out with the bathwater. If they say there are moments where cadre deployment, where the wrong deployment was affected, I would accept that, but by the way, Molefe is a bad example; he was a competent manager, so leave what he did, the ANC appointed him because of his good track record. While he pointed out the commission's findings were not that of a court, the DA recently brought an application to the Gauteng High Court in Pretoria to have cadre deployment declared unlawful and unconstitutional. DA MP Leon Schreiber said the party would submit the section of the report dealing with cadre deployment to the court.

Vaccination gone wrong?- See what was spotted on the arm of a young boy who took the Pfizer jab

OPINION - His potential re-arrest will create another national disaster