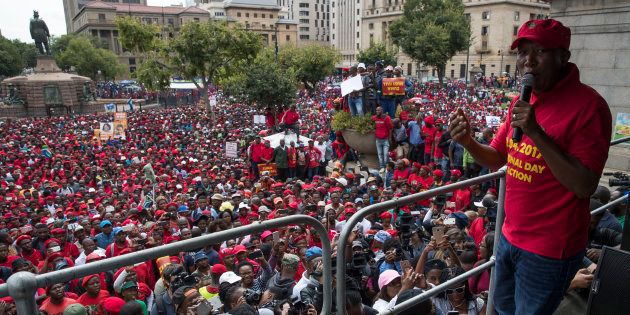 The political parties survives by the donations from the independent individuals and the various corporates to survive and run the campaigns especially during the election season.The south african parliament has made it compulsory for all the political parties to disclose their donors to the Independent Electoral commission,this was due to the corruption and a very toxic relationships that were suspected between the donors and the political parties,this was also to prevent the possible fronting of the political leaders by the powerful donors who are ruling from behind.The involvement of the Gupta family into to the politics of south africa is one typical example of how certain individuals are able to influence the government's decision making bodies. 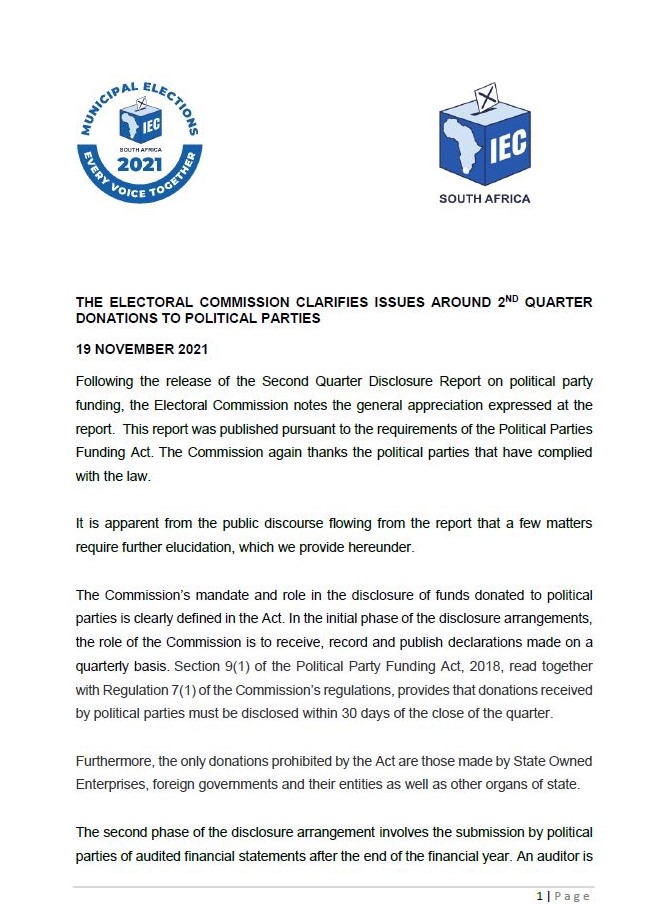 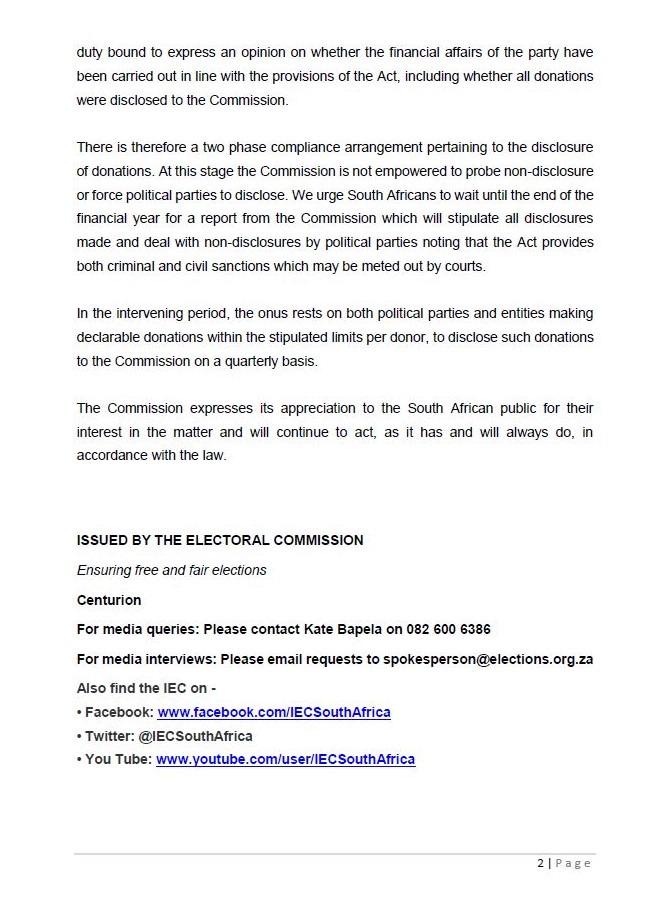 The Economic Freedom Fighters,Inkatha Freedom Party,Freedom Front Plus and others parties haven't yet disclosed their donors to date,the Independent Electoral Commission has been asking these parties to disclose their donors without success.The Democratic Alliance has put some pressure on the Electoral commission to demand that the parties that haven't yet complied with the newly legislated electoral act to do so.The IEC had sent a stern warning to all the parties that haven't done as the act requires them to do.Though the IEC haven't yet issued out the deadline for this matter,they have warned the said political parties to either disclose their donors or face the wrath of the commission. 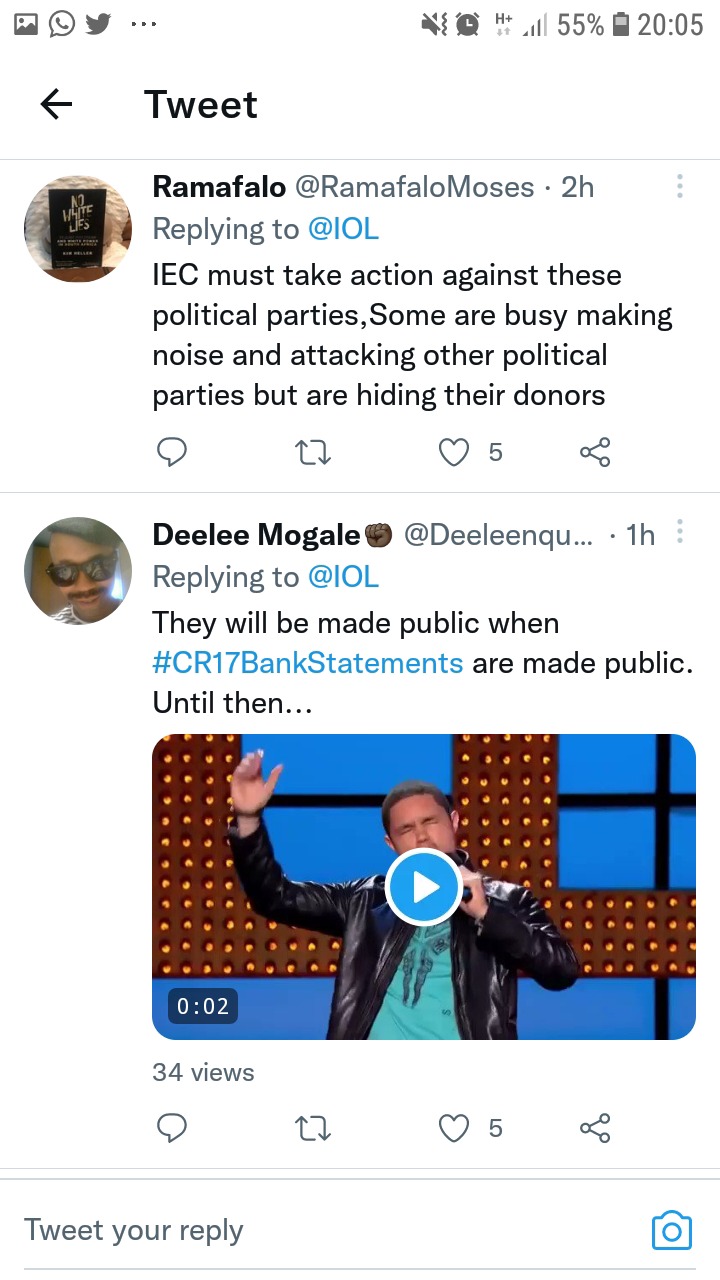 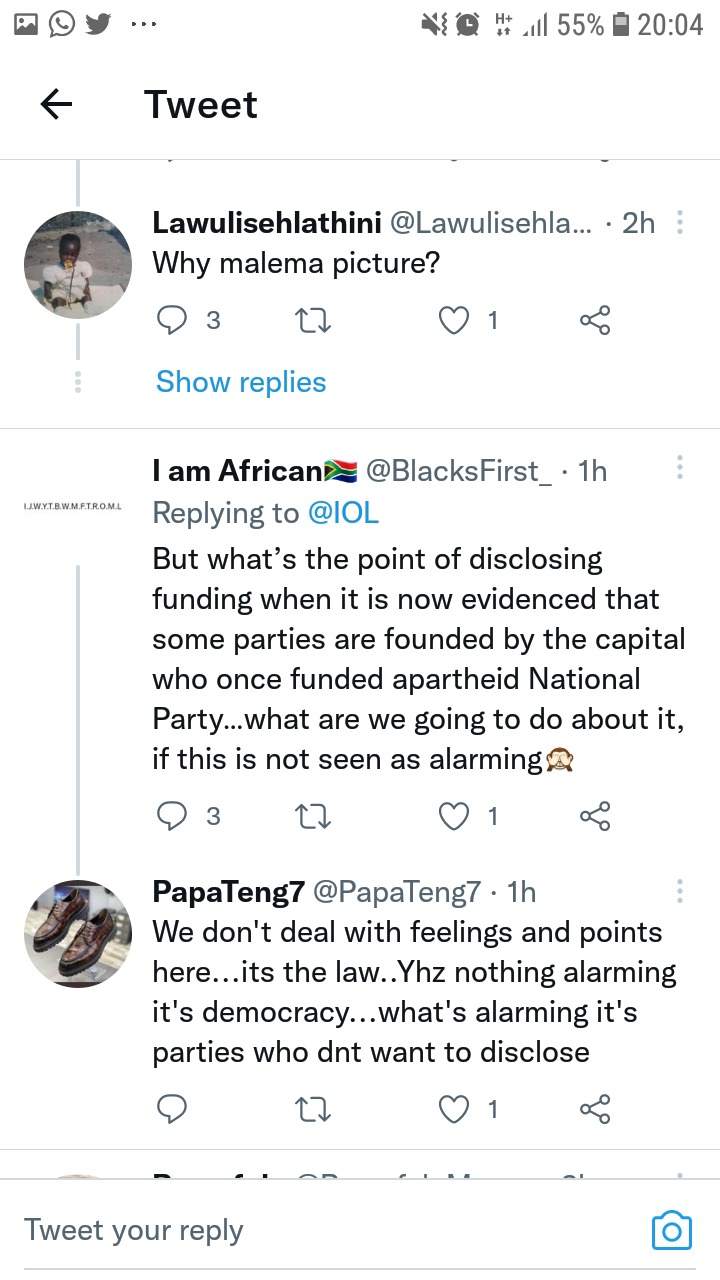 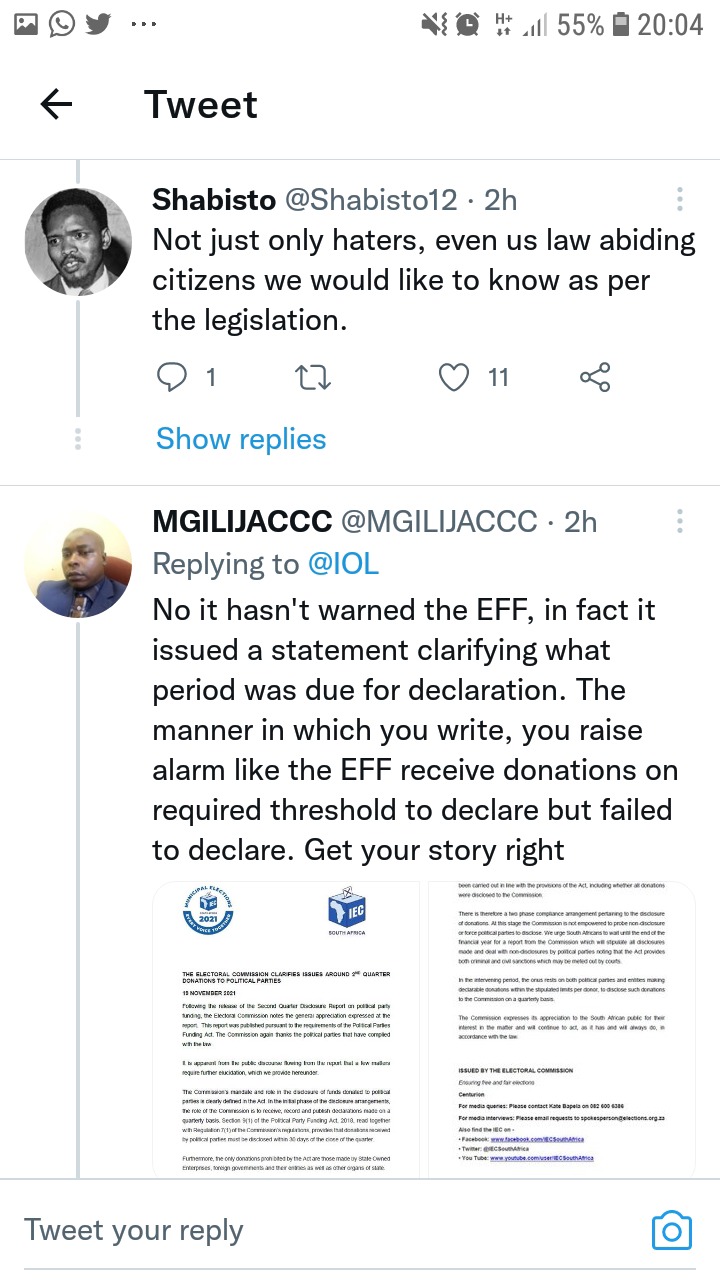 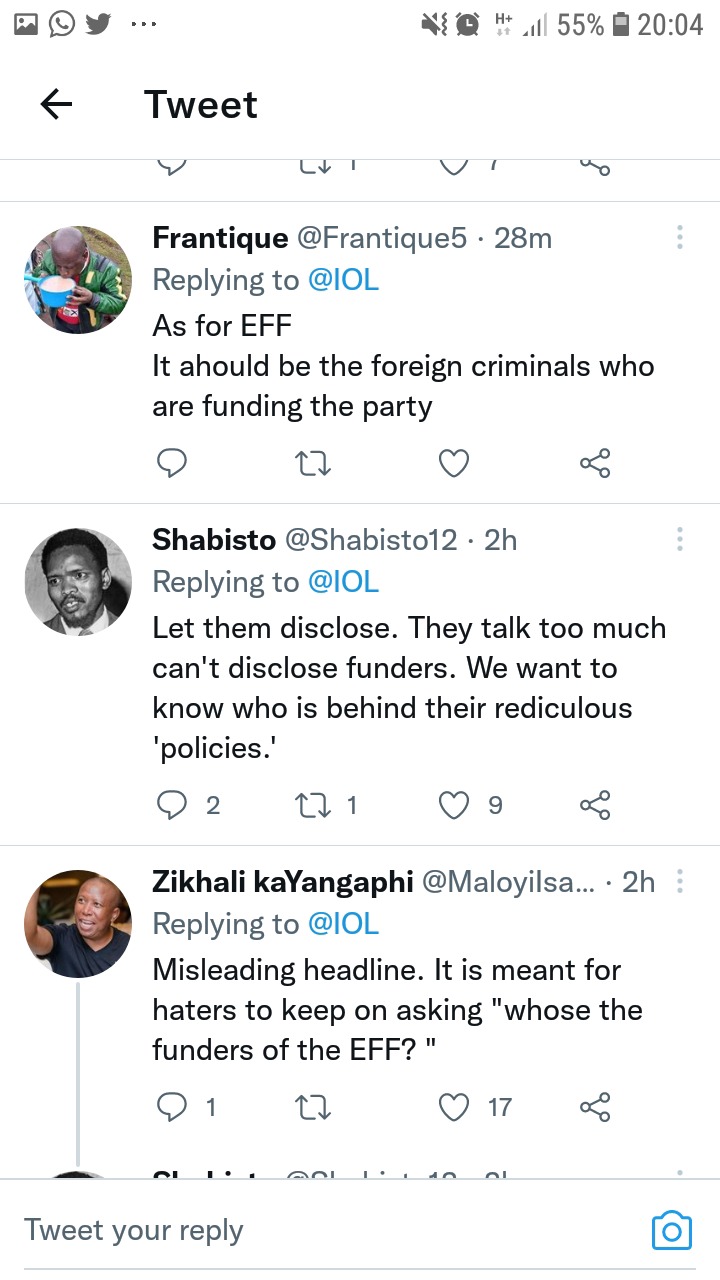 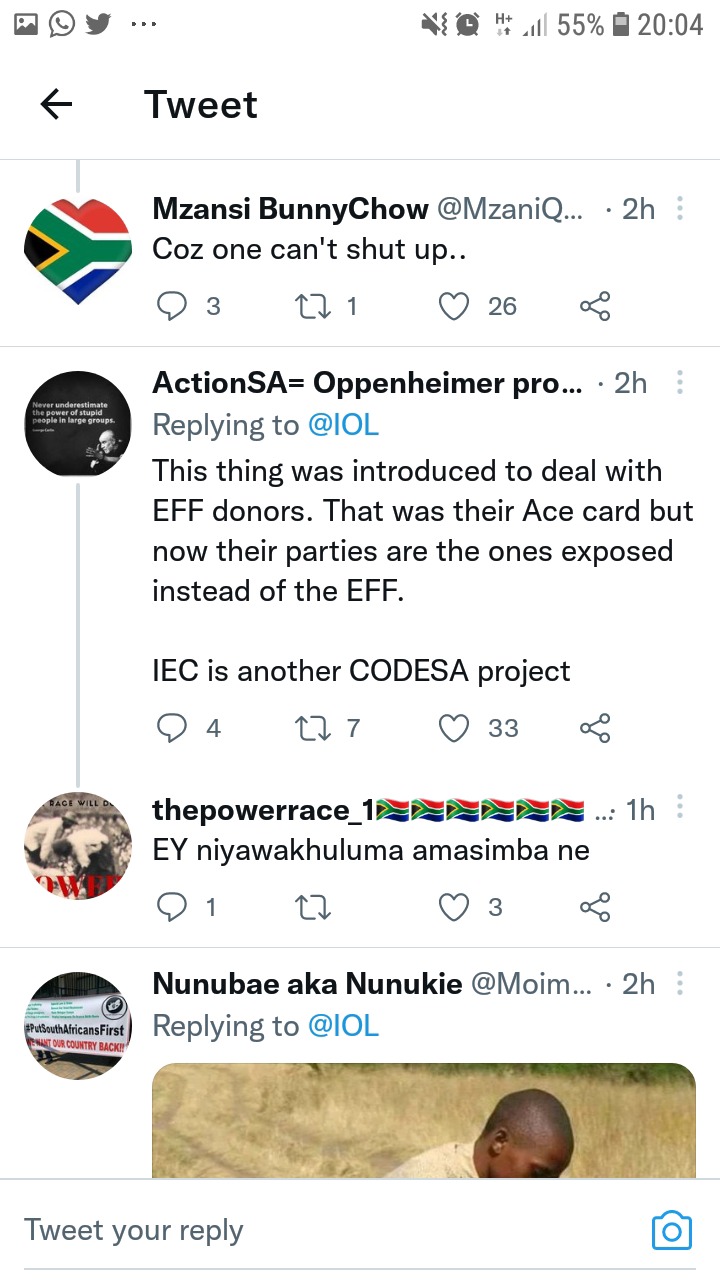 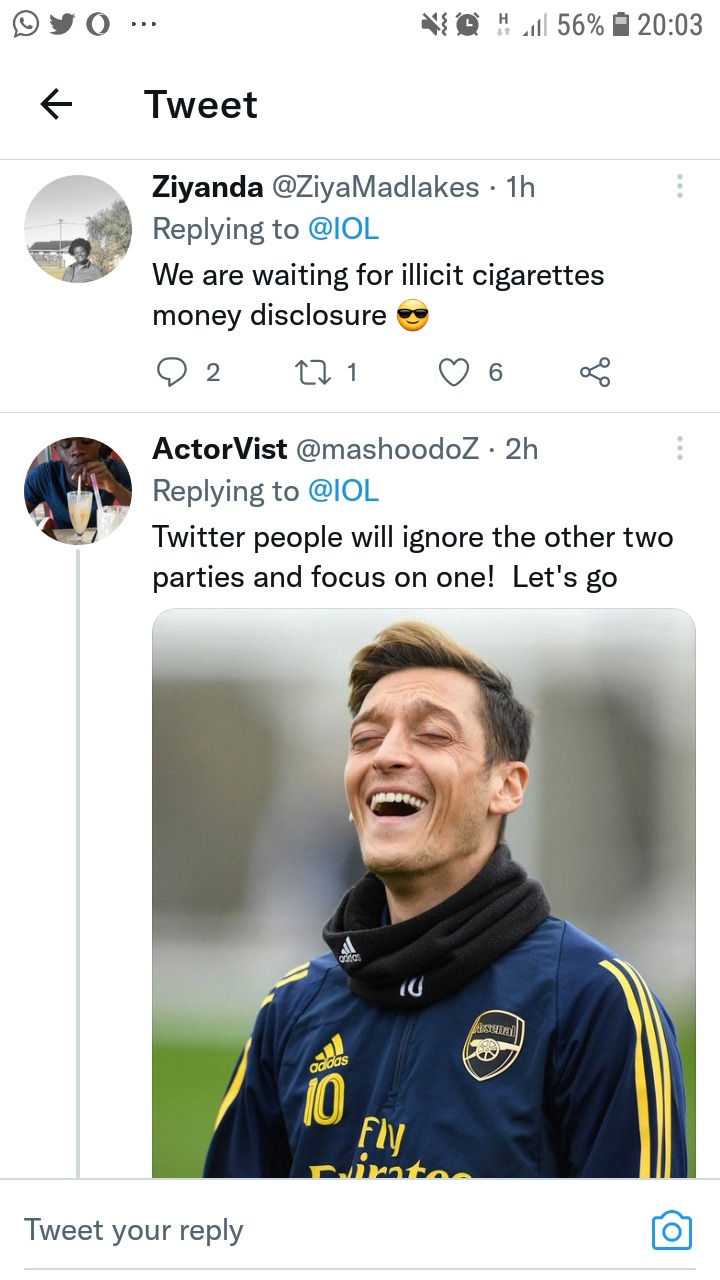 It is quiet surprising how the bigger parties like the EFF are beating about the bush when they have to disclose their donors,the majority of the south africans are impatiently awaiting to see the EFFs donors.All eyes are on the Economic Freedom Fighters and the other parties are not that of the great importance as far as the comments on the social media extends.The parties that are known to be very corrupt like the African National Congress had already disclosed their donors,one could very well ask what is it that the EFF might be hiding,they are failing to disclose a mere donors.

Private Part Odour: 4 Things That Can Change The Smell Of A Woman's Part After Making Love

Premature Discharge: Here Are 5 Causes Of Early Discharge In Men And How To Cure It

Young couple dragged for having a baby light in complexion

Reasons why your pregnancy belly is smaller for your dates in weeks.

Dear Men, Stop Making Use of These 5 Dangerous Things, They Can Kill You before Your Time