New Joburg mayor confirms that he is the son of Zimbabwean man. 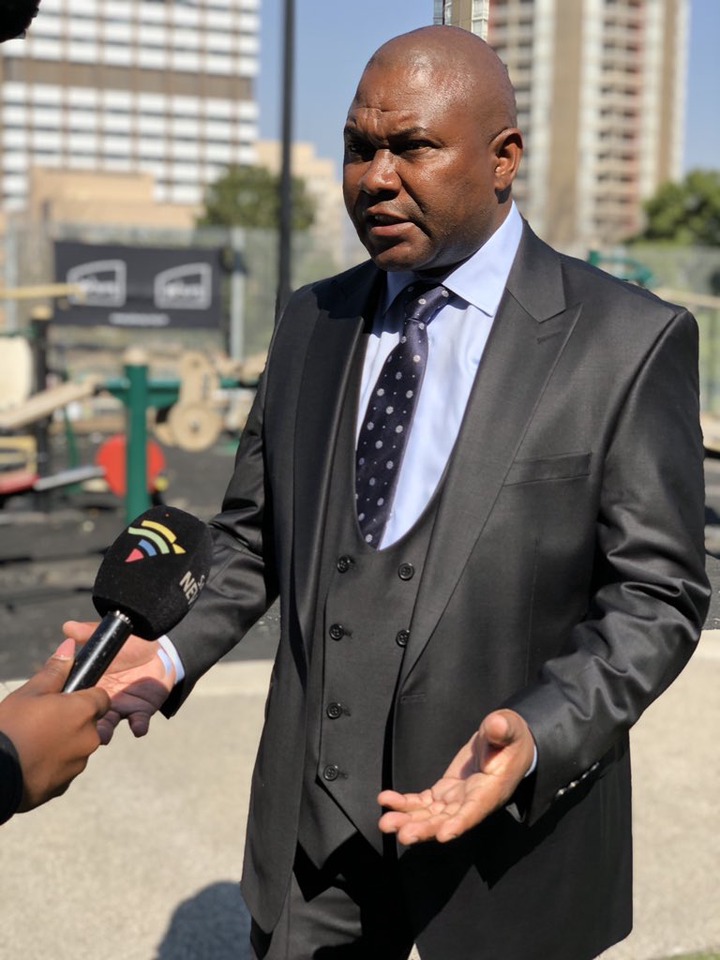 Yesterday internet was buzzing, more especially social media such as Twitter after the African National Congress (ANC) Forwarded the name of whom South Africans are saying he's a foreigner.

Few weeks ago South Africa learnt about the passing away of City of Johannesburg mayor George Makubo due to Covid-19 implications.

Jolidee Matongo is the new Joburg mayor and after rumors and being rejected by South Africans, New mayor confirms that he was born and bred in Soweto to a South African woman and a Zimbabwean father and is as South African as any other South African.

Newly elected Johannesburg executive mayor Mr Jolidee Matongo has announced 10 members of his cabinet, whom he says will hit the ground running in a bid to restore the image of SA's biggest-budget municipality.

Mr Matongo who was elected unopposed during Tuesday's special sitting of the Johannesburg council, was sworn in on Wednesday. 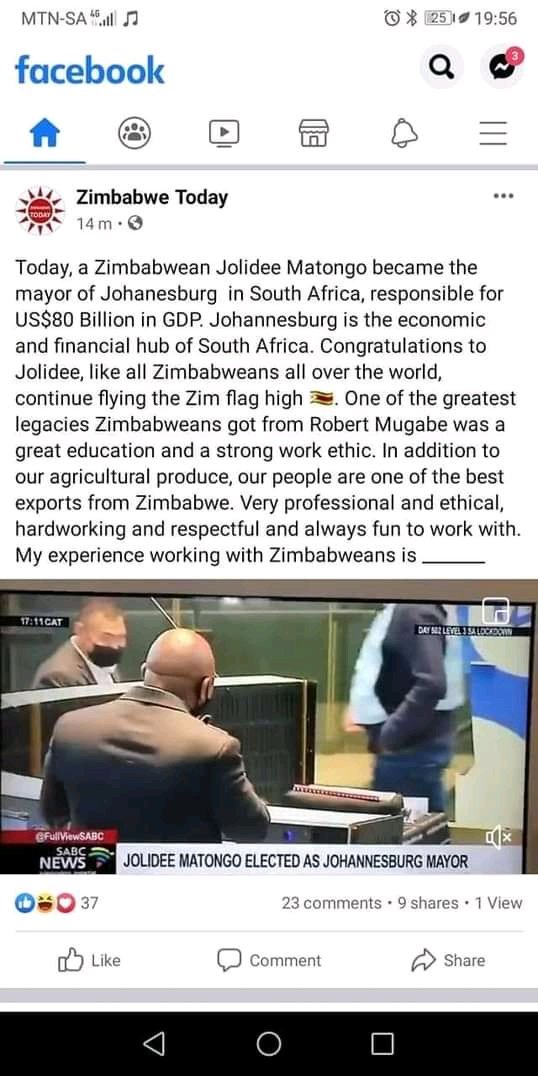 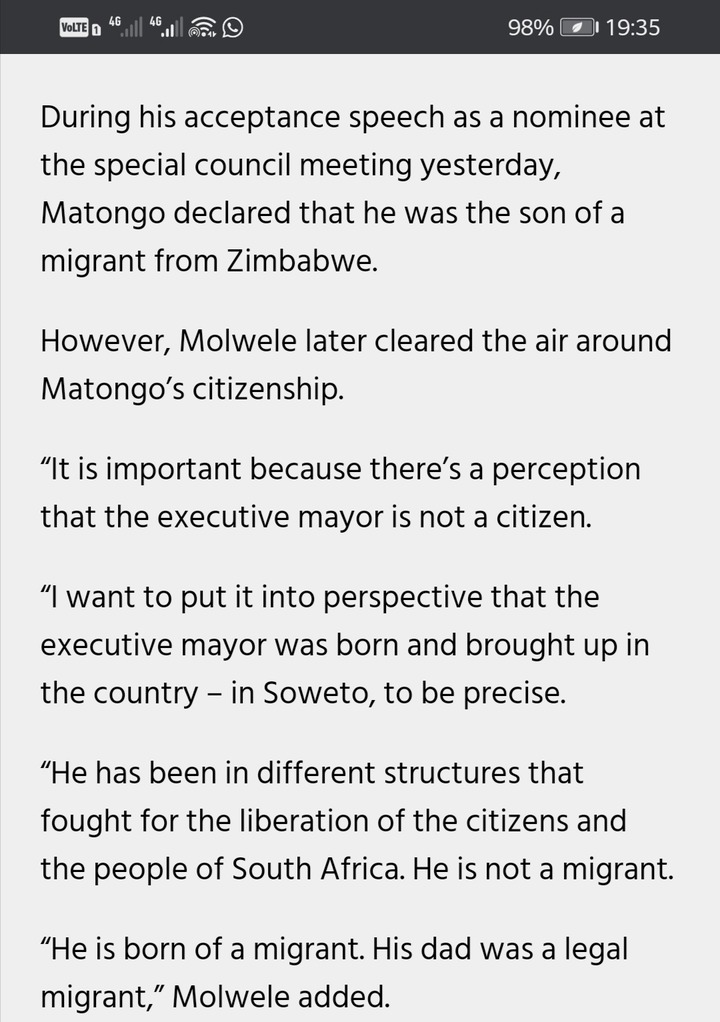 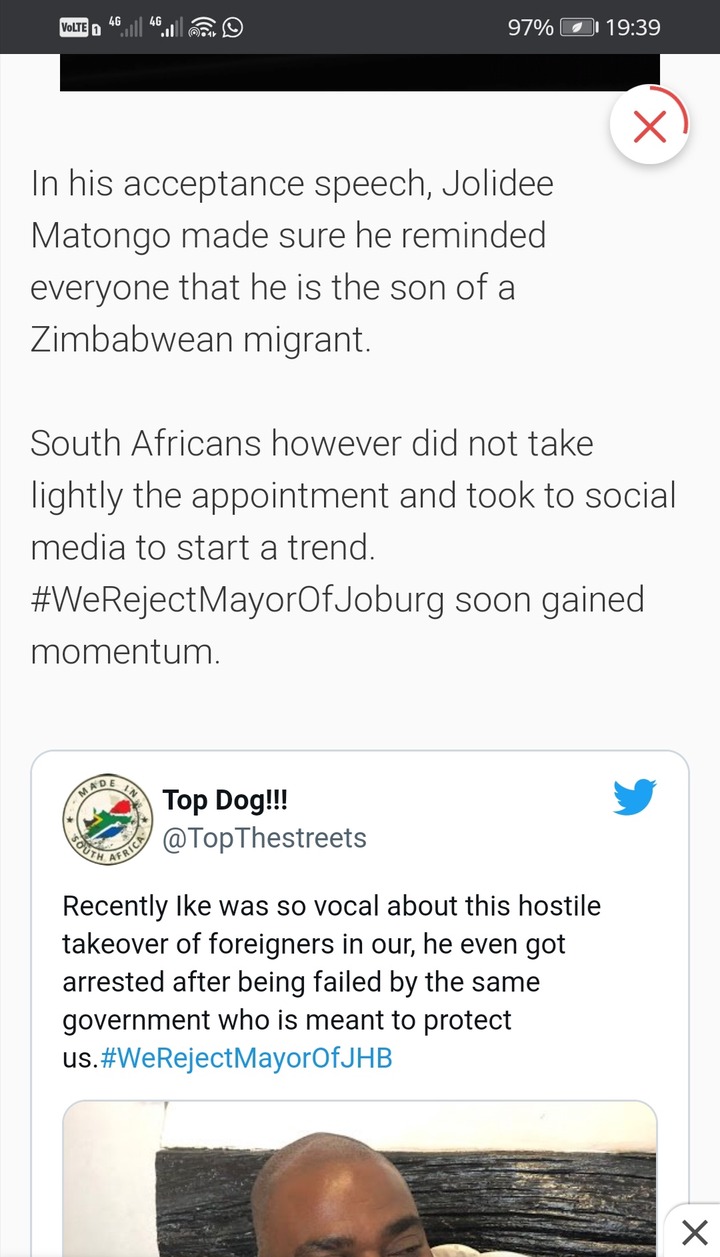