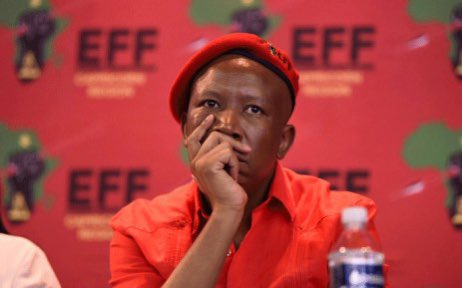 Mboweni reveals that in fact Julius Malema owes him lunch so he invites him to his place in Makgobaskloof where he intents to cook Pilchards.

Finance minister Tito Mboweni thanked the Economic Freedom Fighters leader Julius Malema for being in parliament and keeping the decorum, so to show appreciation he want to cook hus special dish of Pilchards for Malema.

"@EFF Thanks for being there and keeping the decorum. Thanks homeboy Julius Malema for keeping in touch. But you owe me lunch. In Makgobaskloof i will cook Pilchards for us," he said.

Julius Malema was however short of words to Tito Mboweni's invite for lunch especially when the "i will cook Pilchards for us part" was mentioned. 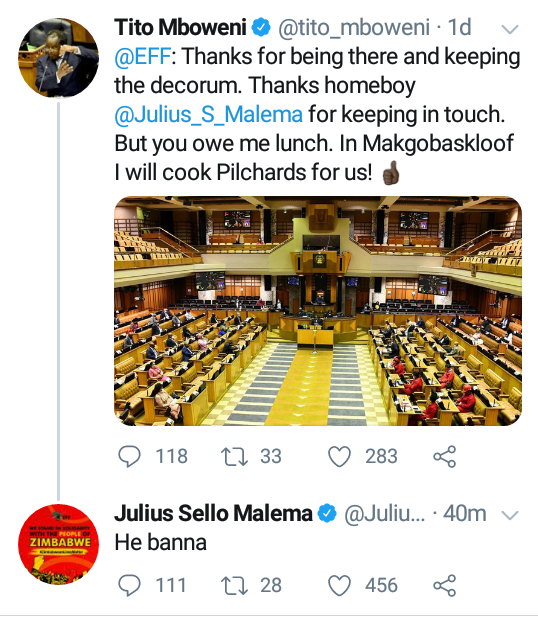 Tito Mboweni is known for his love of too much garlic, perhaps Julius Malema could actually see that he won't be able to stomach those pilchards with too much garlic.

Some critics are however of the notion that Tito Mboweni is actually thanking EFF for not causing chaos as they usually do, but Tito Mboweni also shows the public that apart from politics, brotherhood exists especially when he calls Julius Malema "homeboy,".