Zuma's Ally Opens Can Of Worms, As Raids For Looted Goods Continue

By yunahbvumbwe (self meida writer) | 11 days 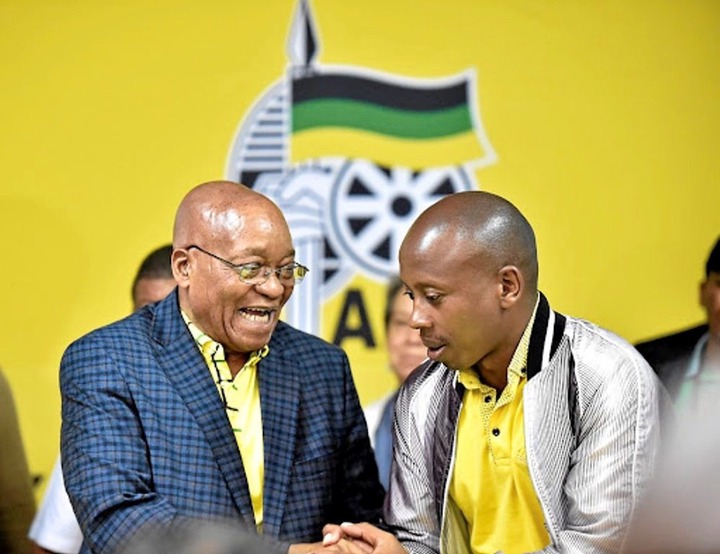 Former Nelson Mandela Bay Councillor Andile Lungisa has opened a can of worms as police continue to raid homes of the alleged looters and recover the looted goods.

The sad reality however is that the looted goods are going to be destroyed and not being given back to the shop owners.

This reality infuriated Andile Lungisa who dropped bombshell on how government facilitates the illicit money flows out of the country, yet they are proudly raiding the homes of the poor who looted groceries for survival.

"A government that facilitates billions of dollars in illicit money flows out of the country yearly by their masters are proudly raiding poor Africans who stole cooking oil and other basic foods to survive. CookingOilRaids," said Lungisa. 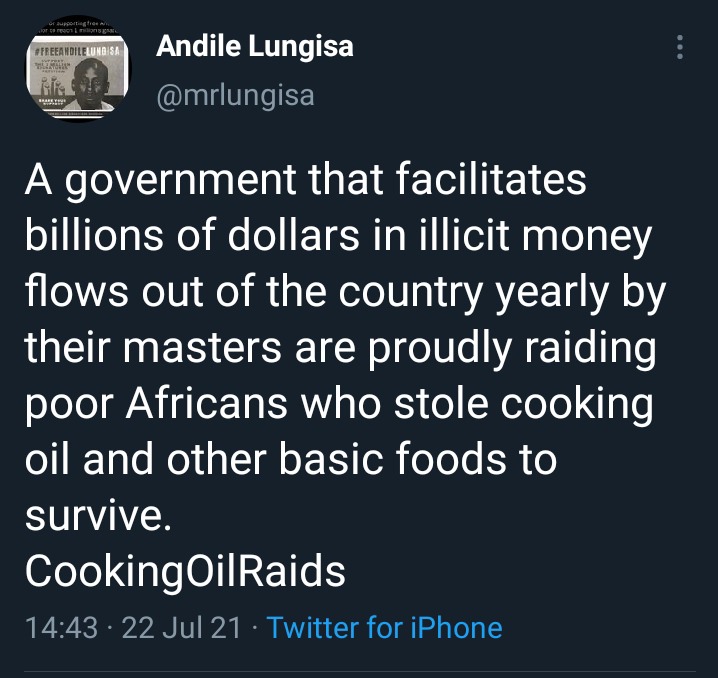 While there seem to be an unending debate as to whether or not events of the past week can be labelled as an insurrection or an attempt to overthrow a democratically elected government, Andile Lungisa is on the record for stating that the narrative being perpetuated by government is devoid of truth.

He slammed it as a 'stupid coup story'.

Defense minister Nosiziwe Mapisa-Nqakula had also previously argued that for the president to describe the protests and looting as an act of attempted coup was a bit of an exaggeration citing that if it was a coup, it should have a face and this case it didn't have.

Some critics argue that a situation where masses who go out on a looting spree and not targeting any governmental structures to show they want to overthrow a sitting administration can't certainly be called an attempted coup.

L00k at the Sh0cking remarks made by Kaizer Chiefs coach concerning the marquee signing.

Walls has finally closed on Jacob Zuma, find out why.