Government officials in South Africa must show Julius Malema who's in charge and remove him from power so that he can no longer bring shame on the country's name. It is completely out of line and uncalled for for him to make recent statements targeting the Republic of Namibia (RN).

Earlier this year, Julius Malema expressed his displeasure with the Namibian government for holding an EFF member who was allegedly battling injustice there. 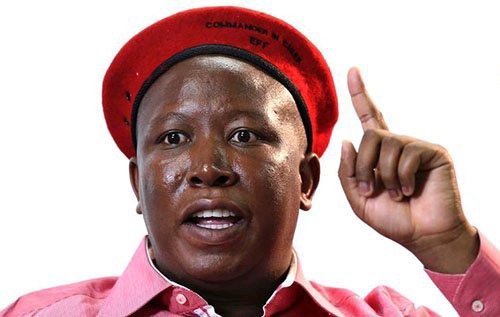 As a response to the arrest of the leader of the Namibian Economic Freedom Fighters, Jan-Epafras, Julius Malema said, "We condemn the Namibian government for arresting EFF members of parliament and EFF activists who are militantly fighting against the corrupt government of Swapo." "

Namibia's presidential spokesperson Alfredo Hengari has issued a warning following Julius Malema's declaration in which he declared, "Namibia is not South Africa's colony." According to Julius Malema, As long as South Africa is run by its citizens, they did say, they would not tolerate foreign meddling such as Julius Malema's presence in the country.

If we go by what he had to say about the subject, Namibia is not a colony of South Africa. In any case, we will not tolerate anyone interfering with our internal matters. Our country was founded on the principles of law and order. There will be consequences for any actions that defy established judicial norms.