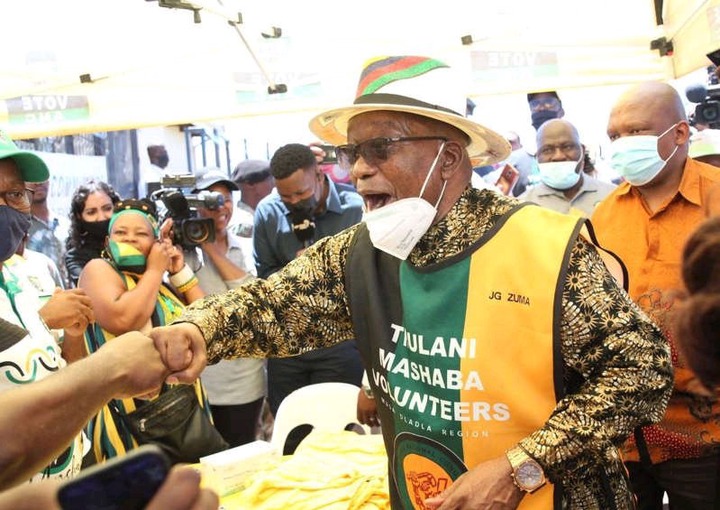 Past President Jacob Zuma has settled on his decision on Election Day, with Msholozi telling reporters outside a majority rule station in Nkandla that who he stays behind is "no secret".

Zuma – who is correct now serving the remainder of a 15-month prison sentence from his home in the KwaZulu-Natal (KNN) district – said that he remains a person from the ANC and will continue to rule for the choice party.

Zuma settles on his decision

A genial Zuma projected a voting form at the Ntolwane grade school in Nkandla close by past first lady Bongi Ngema, similarly as a huge escort of security officials.

He was seen inviting ANC partners set up for business at the entryways of the school, who reacted with loud cheers for the past President. In the wake of leaving his engraving at the vote based station, Zuma communicated feature writers his perspectives on the close by government races, saying that he has reliably, and will reliably, vote for the ANC.

Zuma – who lives in ward 13, which is at present compelled by the IFP – has continued to campaign for the choice party since he was briefly liberated from prison as a result of purportedly ongoing feebleness placing him in harm's way.

His partners voiced their disappointments relating to defenseless help movement in Nkandla while holding up in line, with huge quantities of his local help having requested that their manager switch arrangements and vote elsewhere as the ANC flops. 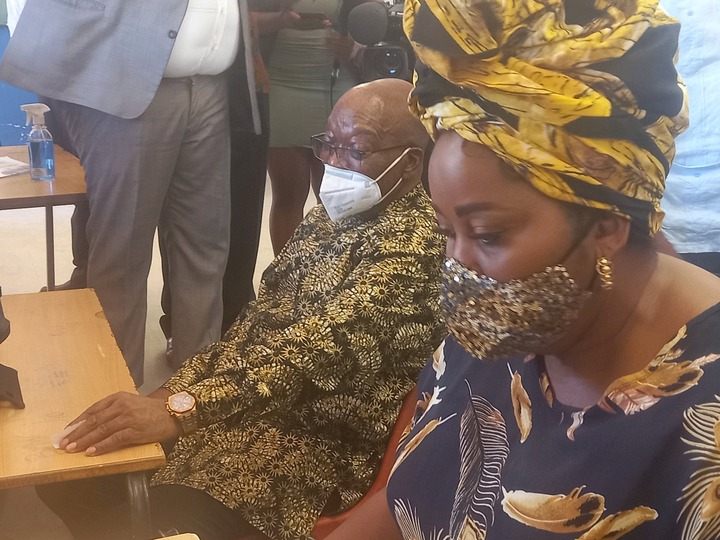 However, talking the media, Zuma said that he ruled for the ANC and that the party "will administer forever".

Meanwhile, current president Cyril Ramaphosa has also settled on his decision at the Hitekani Primary School in Chiawelo in Soweto, where occupants earlier rampaged to voice their failure with organization transport.

Ramaphosa was boo'd by nonconformists as he and his escort displayed at the majority rule station, and said that he grasps the discontent on display.

"The game plan of organizations in districts is amazingly puzzling," he said. "Our family have inspiration to protest anyway they similarly have inspiration to raise these issues. Through their vote, they are putting themselves out there one or the other as help of what they acknowledge will be done, or as difference for what they acknowledge probably won't have been done."

"We know what the issues are, and this time round we really wanted to address what has not been working out positively."

He urged South Africans to continue coming out and projecting their votes.

"I approach South Africans to rehearse their notoriety based right today. I went on my standard stroll at the start of today and ran over people on the way to give a voting form from a role as exactly on schedule as 6:00," he said.

"Various South Africans are turning out in their numbers, and as a country we ought to be genuinely happy that our greater part administers framework is spreading, ending up being progressively gotten comfortable, and various customary people are really amped up for their help in this collaboration."