EFF MPs Sam Matiase and Primrose Sonti have been suspended without pay for disturbing Public Enterprises Minister Pravin Gordhan following a proposal made by the Powers and Privileges Committee to the National Assembly.

The House embraced two reports from the advisory group and one more three reports from the Joint Committee on Ethics and Members Interest which could see MPs being either endorsed or suspended.

The entire sitting occurred on Tuesday.

Matisse and Sonti were among the individuals who disturbed Gordhan as he conveyed his Budget Vote Speech on July 11, 2019.

At the hour of the discussion, 16 EFF MPs caused ructions and kept the pastor from conveying his Budget discourse. EFF MPs more than once raised important matters, which House director Grace Boroto administered as invalid.

In March last year, the advisory group met to ponder and considered, in addition to other things, the claims identifying with the July 11, 2019, episode and settled that the impacted individuals be charged for establishing scorn of Parliament.

The Covid-19 pandemic added to the postponement of the panel's work as procedures continued again from November 2020.

A parliamentary assertion peruses that having thought about all alleviating realities and considering its discoveries of culpability against the 16 individuals, the advisory group suggested that the National Assembly forced the accompanying assents: Suspension of Matiase and Sonti as habitual perpetrators of hatred of Parliament, without compensation for Sonti period not surpassing 30 days, whether or not the House or any of its panels is booked to meet during that period, be forced as set out in section12(g) of the demonstration; and a fine not surpassing one month's compensation and stipends payable to every one of the 14 individuals under the Remuneration of Public Officer Bearers Act,1998.

The subsequent report alluded to the charges of direct establishing scorn of Parliament by individuals from the EFF who were unsatisfied with the presence of the last politically-sanctioned racial segregation president FW de Klerk during the State of the Nation Address (Sona) on February 13, 2020.

"Having pondered on the discoveries, the board suggested that the reference of the Sona episode of February 13, 2020, didn't have a sensible possibility of achievement and, thusly, ought not continue," the assertion read.

In 2019, 17 MPs fizzled or forgot to present their revelation of monetary and registrable interests by the due date, while in 2020 there were eight individuals. The panel prescribed various punishments to the individuals who penetrated the code, remembering a censure for the House or a fine not surpassing the worth of 30 days' compensation.

The panel additionally thought to be a grievance against ANC MP Faiez Jacobs on a supposed break of the code of morals for alluding to Bonteheuwel ward councilor Angus McKenzie as "a House n***" locally talk WhatsApp bunch the year before.

"In handling the grievance, the panel considered the beginning of the term and observed it dehumanizing, disparaging and utilized during the slave time to allude to an individual of color as docile. The Joint Committee viewed Mr Jacobs to be liable and requested him to put out an open acknowledgment in Parliament," it peruses. 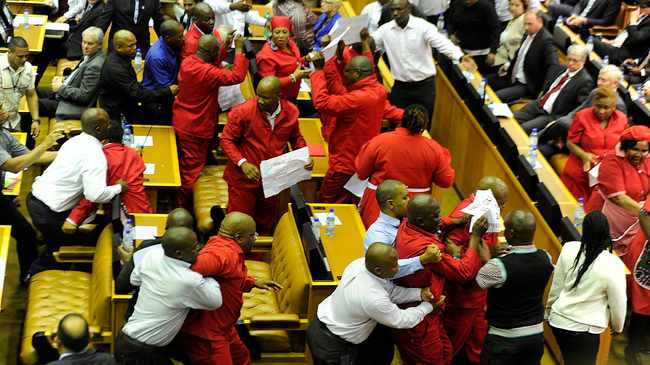