People Are Not Happy And Want The New Mayor Of JHB Out. Here Is Why

By Proudly_SouthAfrican (self media writer) | 5 months ago

New Mayor of Johannesburg Has Been Elected And People Already Want Him Out. See Why.

A new Johannesburg mayor has been elected and South Africa is not happy about this. South Africans already want him out and they have started a hashtag movement on twitter called #WeRejectMayorOfJHB. 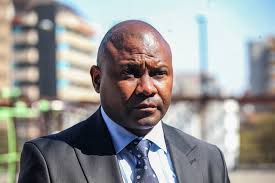 The new Johannesburg Mayor is a politician that goes by the name of Jodilee Matongo. He was born and bred in South Africa. His exact birth was in 1975. The 46 year old has only been elected as the new mayor for just over 24hrs and South Africans are ready to have him out.

The reasons for rejecting this mayor is that he is a son of a Zimbabwean immigrant,  Edward Matongo. Many people believe that his father's nationality deems him a foreigner.

While others have congratulated him on his new position, many are against this.

Some are against the campaign that aims to reject the minister stating that the origins of his father are not his. The Mayor was born in Soweto to a South African mother. This means that he is a South African. Others have shown examples of how Obama was born in Kenya yet to an American mother yet was elected the American president. 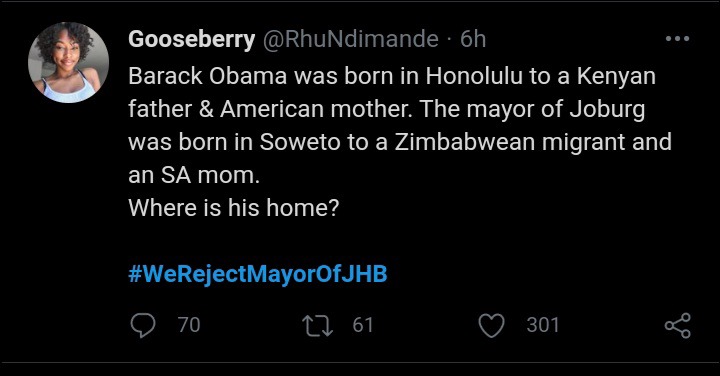 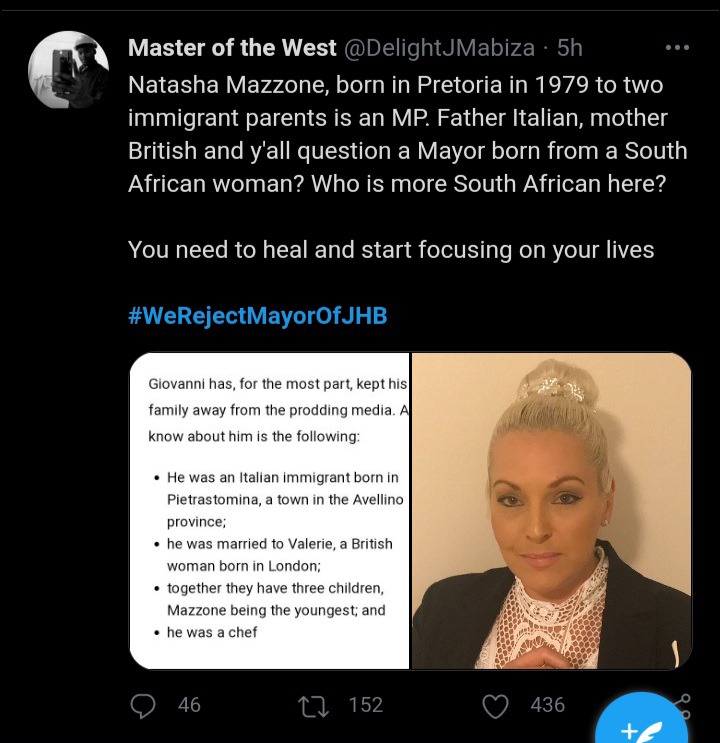 The anger towards the new Johannesburg mayor has led me to question if we really are a xenophobic nation.

Jodilee Matongo deserves a chance. Perhaps his biggest mistake was exposing who his father was. Nevertheless the news has stirred up twitter and hopefully people will not incite xenophobia.

What do you think of the new elected Mayor, should he be rejected due to his father's nationality?