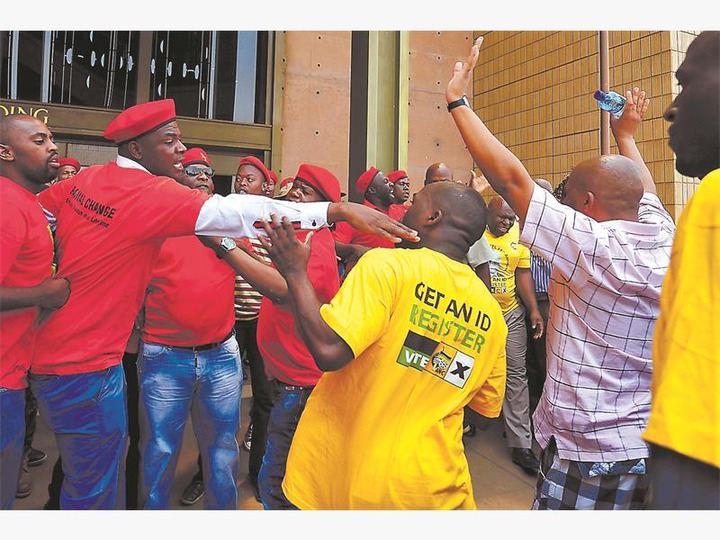 Chaos erupted when a group alleged to be members of the Economic Freedom Fighters allegedly boycotted the event this week, throwing burning tyres and stones at ANC members, demanding to speak to Ba-Phalaborwa mayor Merriam Malatji over service delivery issues. 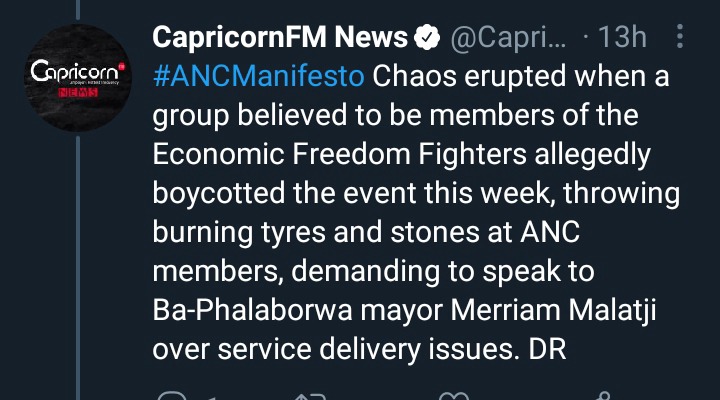 Lekganyane revealed that no member of the ANC was injured and have commended police for their swift reaction and allowing the manifesto programme to continue.

This is not however the first time such an altercation happened, Economic Freedom Fighters members clashed with ANC members in Kwa-Zulu Natal during the voter registration period when the red beret leader wanted to gain access to one of the polling stations and was denied by ANC members.

Lekganyane indicated that the disruptions that occurred in Pharaborwa did not happen in other sub-regions during their manifesto launch. He argued that the ANC is not a violent party and will not be deterred by counter revolutionaries who seek to tarnish the image of the organisation.

ANC Limpopo provincial secretary Soviet Lekganyane's argument that ANC is not a violent party might however be myopic as violence has been erupting at some of ANC's meetings since the beginning of the election fervour.

In September only, a Councillor candidate for ANC in Tshwane was assassinated the mafia style in what is believed to be part of political killings within ANC. Also three women were killed when a gunman opened fire in Inanda Kwa-Zulu Natal during ANC's candidate selection process.

All these just shows how political intolerance is still a cause for concern.