It is more corruption in SA, findings discovered something.

By JuniorJRMadonsela (self media writer) | 17 days ago 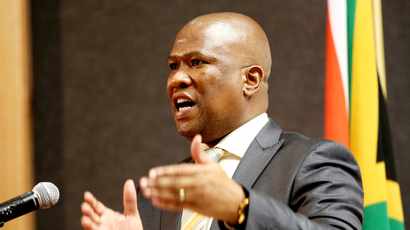 South Africa finds itself in the hands of corrupt leadership, it is necessary that the current president Cyril ramaphosa must do something about the higher rate of corruption on government level.

Many leader's in key positions in south Africa are facing different charges findings have found that millions have only benefited some of the key leader's who were found to be involved in corruption.

The law in south Africa is above the leader's in government if you don't follow the law according to the law you get arrested, but it is ddifficult to arrest some top leader's who use influence and money to not be arrested, this shows that there's a level of uncertainty in south Africa when it comes to political matters.

The findings of busisiwe mkwebane says that maibuyane was involved in fraud and money laundering matters during the Winnie Mandela memorial service, it is discovered that habitable benefited 1.1million from the tender that was awarded .for the memorial service of the iconic Winnie Mandela.

Although the report was released by the teams of busisiwe Mkwebane, the spoke person of mabuyane maintains order to say that mabuyane was not involved in corruption matters. 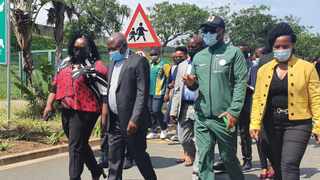 One of the dangerous thing's about corruption is that affects the chain of government and the structures was implemented by government to deal with certain matters in the country, using the government Money for own benefits really delays the progression of the government.

It is obvious that once the leader's are arrested they will try to defend themselves in order to be on The good side.

Is only the government that must learn to do business with people who are determined to change the country and also to serve the people of south Africa without thinking about being involved in corruption matters.

It is clear that mabuyane ddnt benefit the Money alone the chain of the tender is indeed corrupt.