Another South African HERO has Passed Away

George Bizos Has Passed Away

“We commiserate with his family, loved ones, colleagues and all who knew him. The outpouring of grief in the legal profession and throughout the country bears testimony to the noble role that Advocate Bizos played.” 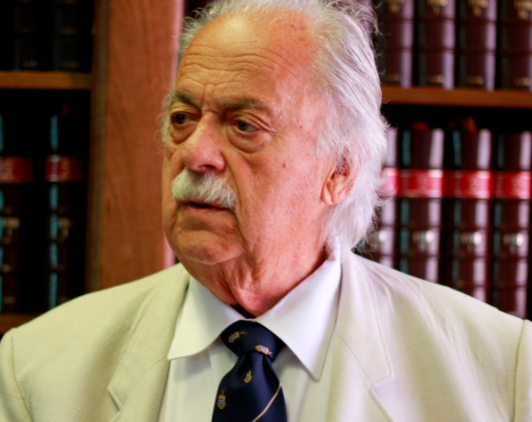 Arriving in Durban, he later settled in Johannesburg, where he completed his law degree at the University of Witwatersrand in 1950 and was admitted to the Johannesburg Bar in 1954, became a senior counsel in 1977 and served on the Bar until 1990. He held numerous honorary and other positions, including an appointment to the Judicial Services Commission in 1994, and as a judge of the Appeal Court in Botswana from 1985 to 1993.

The LRC and its Constitutional Litigation Unit, where he consulted and monitored lawyers since 1991, released a statement on Wednesday to “salute” him. The LRC statement added that Bizos made “an enormous contribution to the ongoing work of the centre”, describing him as “always seeking justice for victims of injustice”. George Bizos, who has died at the age of 91, represented both Walter Sisulu and Nelson Mandela in the Treason and Rivonia trials.During the height of apartheid, Bizos, a practising attorney, dedicated his professional career to the fight for human rights.Bizos insisted that Mandela include the phrase "if needs be" in the former statesman's famous sentence during the Rivonia trial: "It is an ideal which I hope to live for, and see realised. But if needs be, it is an ideal for which I am prepared to die." It is widely believed this saved Mandela from the death sentence. 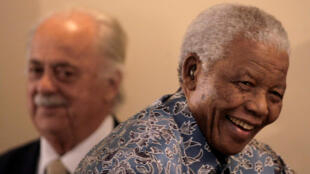 After apartheid ended, he continued to offer legal counsel for the marginalised. In 1996, he represented the families of Steve Biko and Chris Hani at the Truth and Reconciliation Commission (TRC). The TRC’s aim was to bring about reconciliation and healing by uncovering truths about human rights violations that had occurred during apartheid.

During his legal career, the soft spoken Bizos represented numerous activists in high profile political trials. He represented Walter Sisulu, Nelson Mandela and the other accused in both the 1956 Treason and 1963 Rivonia Trials. He first met Mandela at the University of Witwatersrand where they were both studying law.

Father and son arrived in South Africa in 1941 after they were picked up by a Royal Navy battleship. They first landed in Durban, Natal (now KwaZulu-Natal - KZN) and later moved to Johannesburg, Transvaal (now Gauteng) where they were welcomed by the local Greek community. In Johannesburg, his father first tried his hand at running a shop but was not successful at this and was forced to seek employment at a factory. The rest of the family joined them in South Africa only in the l950s.

President Cyril Ramaphosa sent his condolences to the Bizos family during his engagement with the SA National Editors’ Forum, saying: “I just received news that George Bizos has passed away. I spoke to him two months ago and, when I was speaking to him, it did appear that his health wasn’t what it used to be.

Bizos insisted that Mandela include the phrase "if needs be" in the former statesman's famous sentence during the Rivonia trial: "It is an ideal which I hope to live for, and see realised. But if needs be, it is an ideal for which I am prepared to die." It is widely believed this saved Mandela from the death sentence.

In 1941, when Bizos was thirteen years old, seven allied soldiers from New Zealand were being sheltered in his hometown, and the family was warned that there might be reprisals against his father. His father arranged for someone to get a permit to take a boat out of the harbour, and with others they set out for Crete. They were picked up from an open boat off Crete, from where they were taken to a refugee camp in Alexandria, Egypt where they stayed for about two months in mid-1941. His father was housed in a camp at the sports club on Gezira island in Cairo, and the young Bizos was sent to stay at a Greek orphanage in Alexandria, where he stayed for about a month. Refugees were being moved out, with single people being sent to India and families being sent to South Africa. They went by train to Suez and travelled on the Ile de France to Durban.

George Bizos was born in 1927 in Vasilitsi, near Koroni in the south of Greece. During World War II, when the Germans occupied Greece in 1941, the young Bizos was at school in Kalamata, which was near his home town, Vasilitsi, where his father was a prominent citizen, having been the mayor at one time.

“As a community, we have walked alongside a man who has become an icon of the struggle against apartheid in South Africa. As a great role model, he stood up for freedom and justice and endorsed Hellenic values displaying the virtues of respect, courage and duty, even if at own personal cost.