I'm doing what I can to guarantee President Cyril Ramaphosa a second term in office. —Melz 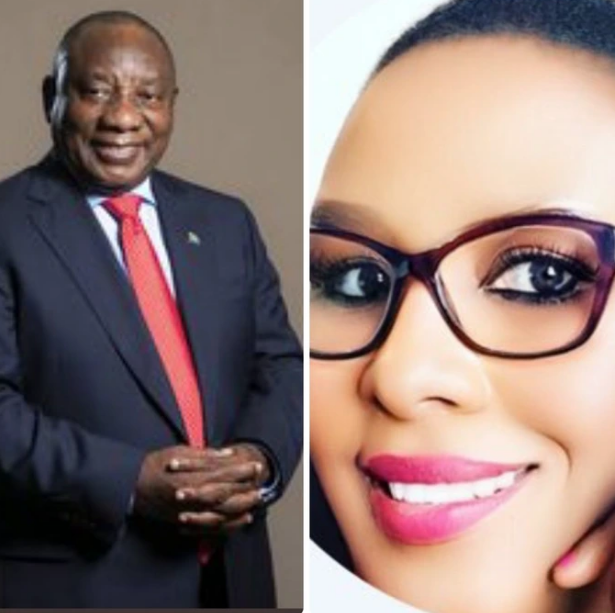 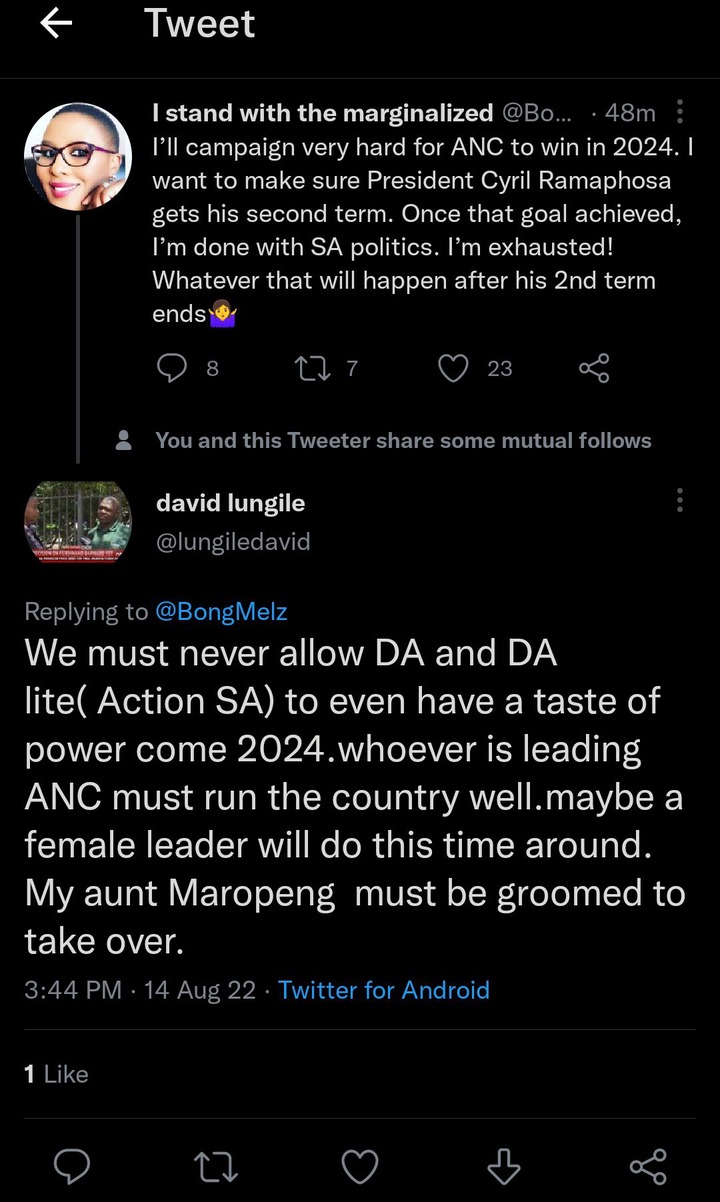 As a social media influencer, BongMelz has made it clear that she doesn't care about what happens once President Cyril Ramaphosa wins a second term. She said that she will fiercely fight for the ANC to guarantee that Ramaphosa is reelected as president because of his desire for a second term. In response to widespread online criticism of President Cyril Ramaphosa, she made the revelation on Twitter. But she says she's ready to back Ramaphosa no matter what happens. In her letter, she pledged, "I will campaign extremely hard for ANC to win in 2024. I hope that President Cyril Ramaphosa is re-elected for a second term. When we reach that point, I will no longer be involved in South African politics. Sorry, but that was a lot of work. Whatever the case may be once his second term ends. The ruling party is also making extensive preparations for the position's election at the ANC's elective congress in December. 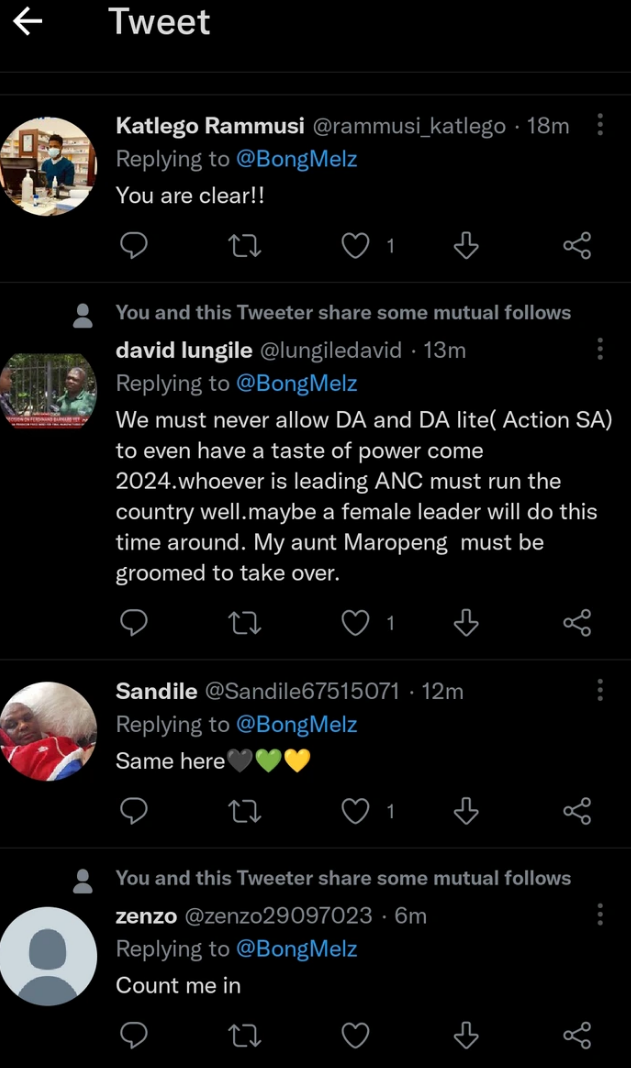 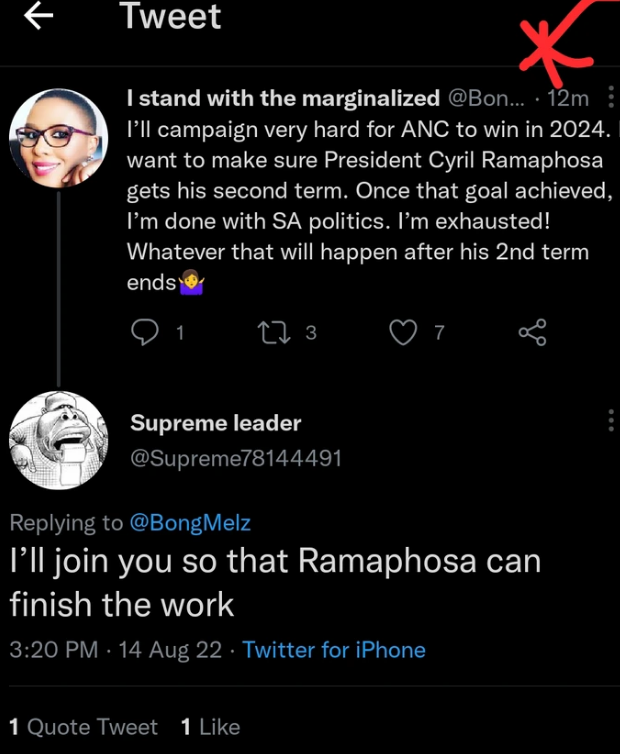 There are still many supporters of President Cyril Ramaphosa, and they have been utilising their online profiles to boost his popularity. Despite the efforts of the president's supporters and followers to improve his public image, his critics have been vocal as well. Members of the operation Dudula movement and the Put South Africans First group have said that the president and the ANC have failed them by not enforcing immigration laws. They pointed out that the government has been unyielding in the face of public outcry against increased immigration. Another devotee of President Cyril Ramaphosa has revealed their plan to guarantee his re-election. "We must never allow DA and DA lite(Action SA) even a taste of power come 2024," she continued. Whoever is at the helm of the ANC needs to govern the country smoothly. Perhaps a female leader will prove successful now. My aunt, Maropeng, needs to be prepared for leadership.