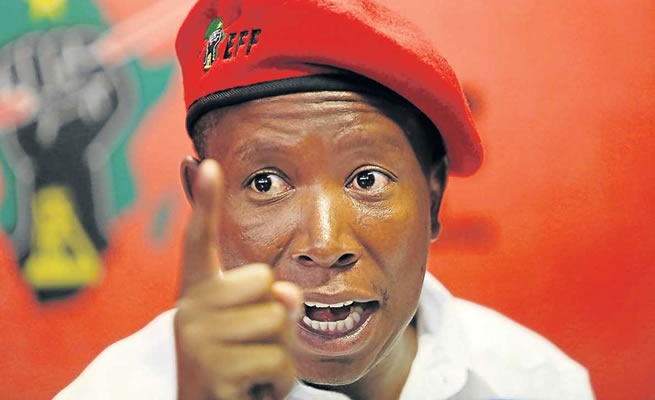 Economic Freedom Fighters leader, Julius Malema lost his cool outside the French Embassy where he had led ground forces to hand over a memorandum to the French ambassador.

EFF is demanding that France must leave Africa because of it's repressive propaganda towards its former colonies who are still very much being controlled by them.

The French ambassador was refusing to come out and talk to Julius Malema and his team.

Malema however maintained that they were waiting for the ambassador inside the embassy to come out citing that they were not going to read the memorandum without him coming outside.

"We are very peaceful. Don’t be cowards, come outside. No one is going to fight you, no one is going to beat you, you have killed a lot of people in Africa. Why are you scared today? So come out and face Africans," Malema said.

The red beret leader losing his patience said the French ambassador must come outside and receive the memorandum, so they can go. 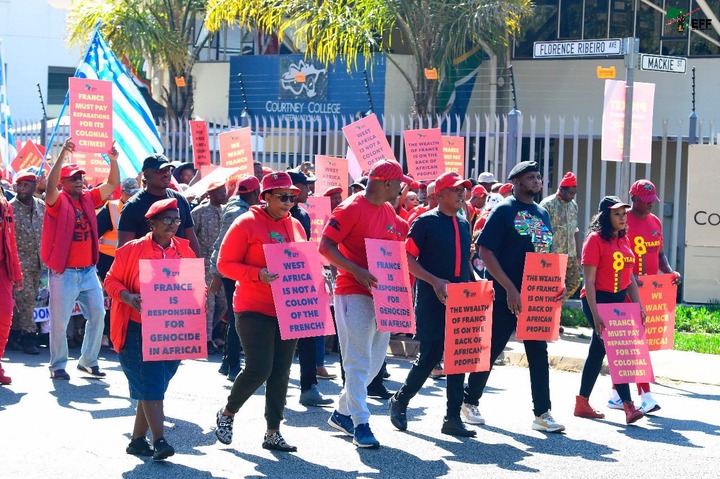 Fighters at the back, block that road there. No car from both sides must pass. Comrades, let’s do that in a peaceful manner," Malema advised the EFF ground forces.

The Ambassador of France to South Africa, Aurélien Lechevallier, later came out and finally receives the memorandum but refuses to sign it.

This was after Julius Malema went to the gate and engaged with the French ambassador who says he will stand at the gate while the EFF leader reads the memorandum.

Malema says the EFF expects a response to all of these demands in the memorandum within 14-working days. 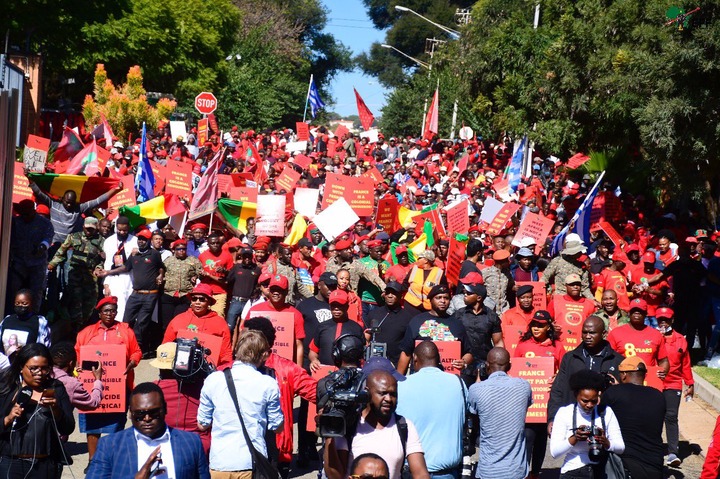