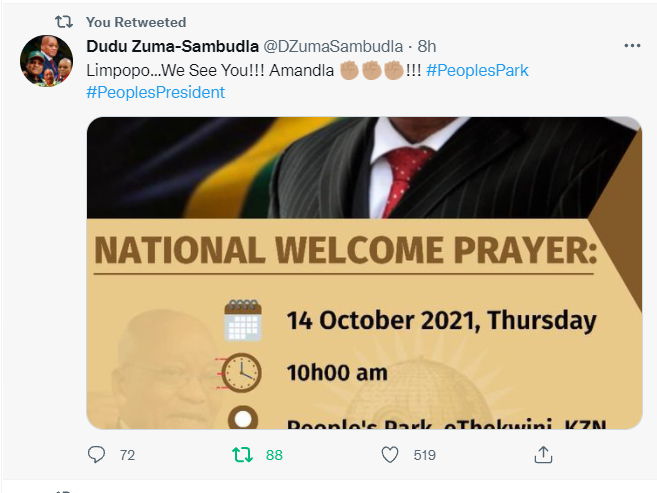 Duduzile Zuma is in hot shower after involving Limpopo residents in the Welcoming Prayer of his father, which is due to happen on the 14th of October 2021. Duduzile has provoked Limpopians, as they do not feel entitled to what is happening to Jacob Zuma and his family. People might take this as tribalism, but remember that during the July unrest, KZN was at a peak of being looted and vandalized. KZN is far away from Limpopo, and other provinces did not want to participate in the unrest, which was meant to pressurize the state and the NPA to release Jacob Zuma. Provinces such as Limpopo were well protected, and there was no way that Malls and shops could be vandalized. However, everything has passed and people are focusing on the welcoming prayer of Jacob Zuma, since he was back from prison.

Former President Jacob Zuma and his foundation will organize a prayer service in Durban's People's Park, Moses Mabhida Stadium, on Thursday, October 14th, as a show of force to welcome him return from prison.

Zuma appears weak but is not incapacitated after being released on medical parole. He endorsed the ANC for the November election in a video clip issued by the Jacob G Zuma Foundation last week.

Without an endorsement, the ANC in KwaZulu-Natal was concerned that it would suffer electorally. Across the country, voter registration is low, especially in KZN. In July, ANC voters in the province were outraged by Zuma's imprisonment, and some members of the party's rank and file orchestrated riots and looting in his honor.

Zuma's advisers are well aware of his popularity and these figures (which are perilous for the party in its heartland province). The Radical Economic Transformation (RET) movement plans to utilize the prayer meeting to reintroduce the former president to the political scene. It will offer itself a stage in this way, as its exposure has dwindled. The focus of the election campaign has turned to President Cyril Ramaphosa.

Ramaphosa is the election's only face, and his campaign in KZN was planned over the weekend to show enormous crowds and widespread acceptance. Zuma's prayer meeting is a response and a strategy to demonstrate that he remains the province's Big Daddy.

“Limpopo We See You!!! Amandla” Her statement provoked Limpopians, as they started attacking her in the comment section. It does not make sense why Duduzile writes Limpopo, when the welcoming prayer is hosted in KZN. 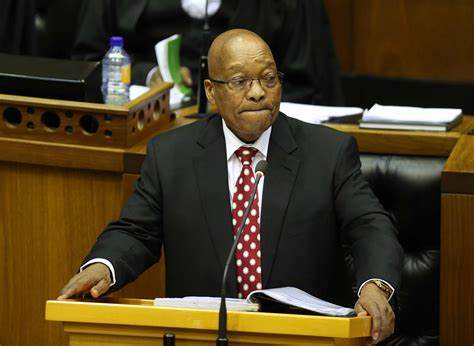 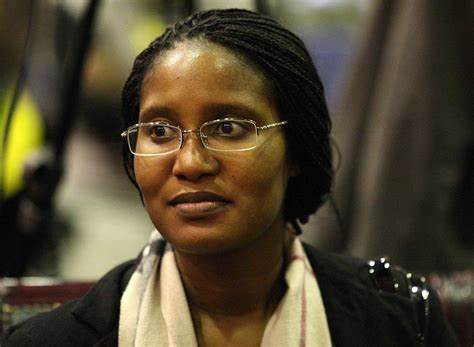