By TheEyeNews (self meida writer) | 4 days 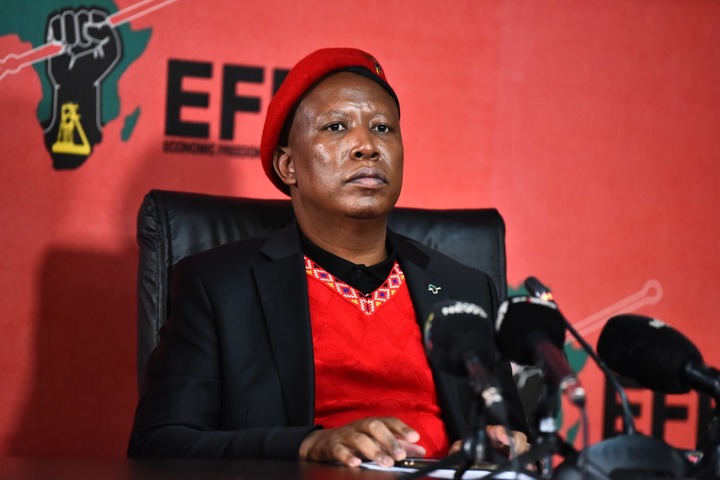 Malema was reflecting on the feasibility of holding the 2021 Local Government Elections in October with the current State of National Disaster Regulations and the possible surge in Spring. 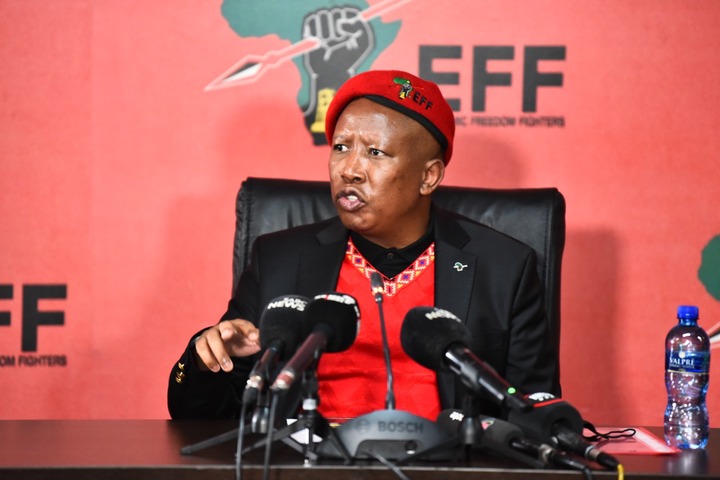 He told the media that in order to have free and fair elections, political parties must campaign and that even the number of members of each branch exceeded the permitted number of event attendees.

Furthermore, he questioned how the elections are going to be conducted and for how many days since “only 250 people will be allowed in voting stations,” as per the Covid-19 regulations.

He said that those who want elections to continue are those who do not want to be in-line with the regulations, and shaded Herman Mashaba, the leader of ActionSA for demanding that elections be held.

“I hear Mashaba opening his loud mouth saying elections must come. Where is he going to campaign? People don't know him. He needs the country to be opened for him to campaign and to open the country now would be to risk the lives of our people,” Malema said. 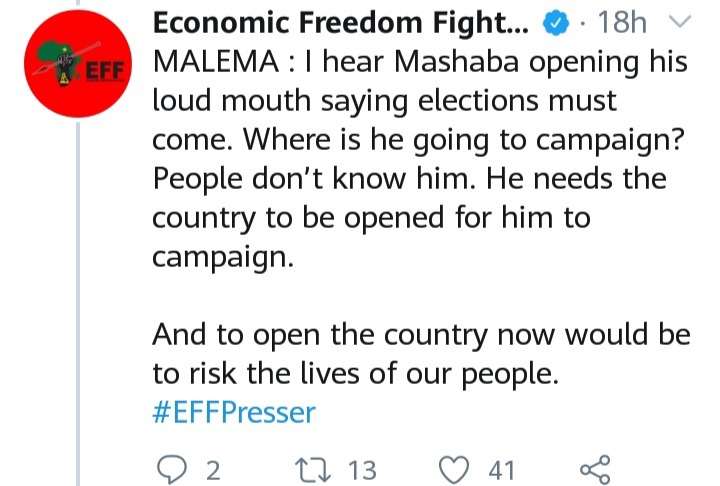 “There will be no free and fair elections in South Africa when one of its critical components called campaigning is suspended according to Covid-19 regulations,” he said further.

Meanwhile, the Independent Electoral Commission (IEC) stated categorically that it is ready to conduct the elections in October.

In the same light, Herman Mashaba, also wants the elections to be held this year and he says his party is ready to contest for elections despite being new and without having campaigned enough.

Parker wants a way to be blessed by the Coach

America Presidents Uses The Most Dangerous Suitcase in The World, here are Dangerous Things inside

Good News As Kaizer Chiefs Confirm | Check It Out.

“See”What happens to your body when you eat boiled egg

Ladies This is for you, advantages of sea salt you should think about.

Kaizer Chiefs And Mamelodi Sundowns Are Wrestling For The Swallows Defender Njabulo Ngcobo.