Herman Mashaba says that politics must be set aside as he mourns over the death of Johannesburg mayor, Jolidee Matongo who was involved in a fatal accident today on his way from an ANC campaign in Soweto. Herman Mashaba who is the founder of Action South Africa, and the Action South Africa mayorship candidate, says that the young politician and mayor died too soon. The former mayor of Johannesburg took to his Twitter account to bemoan the unfortunate and sudden death of his colleague. Mashaba wrote, “I am shocked to hear of the sudden passing of Johannesburg Mayor, Jolidee Matongo.My sincere condolences to his family, friends, and colleagues in the ANC. Politics must always come last in these moments. He was taken far too soon". It is very unfortunate. 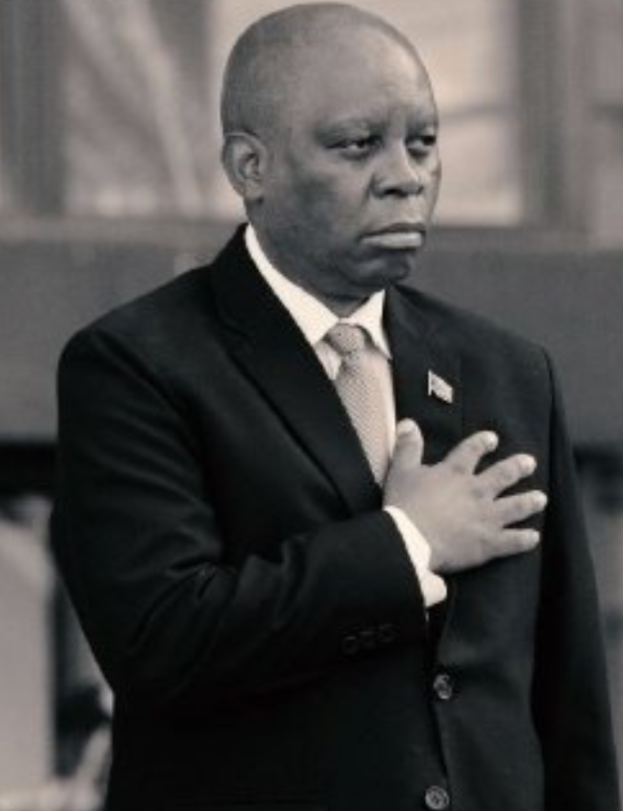 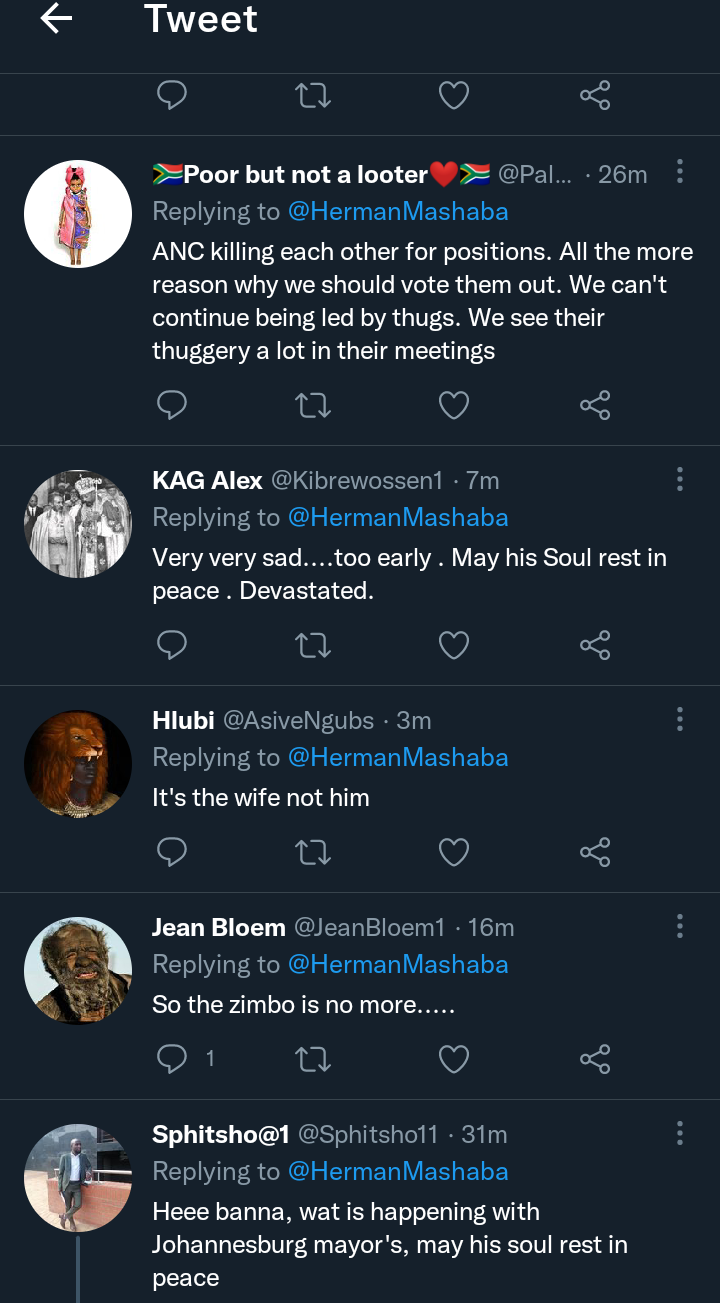 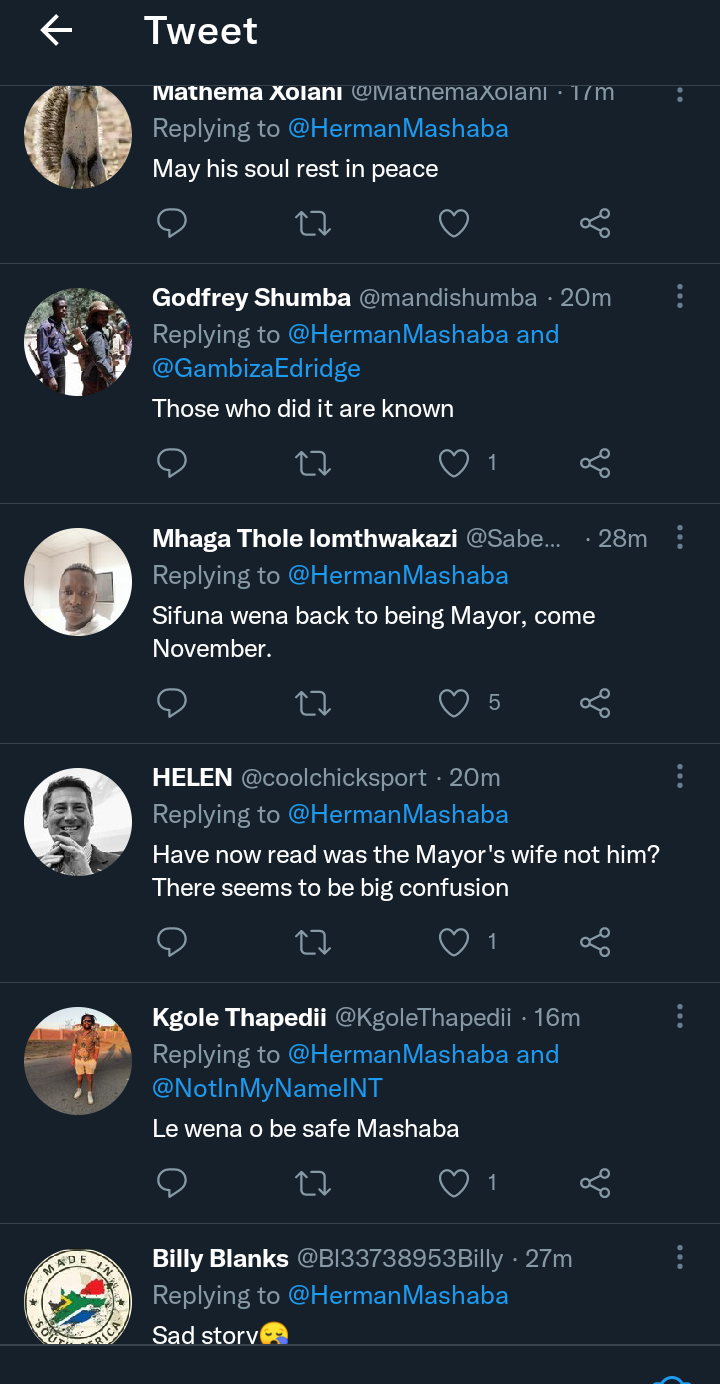 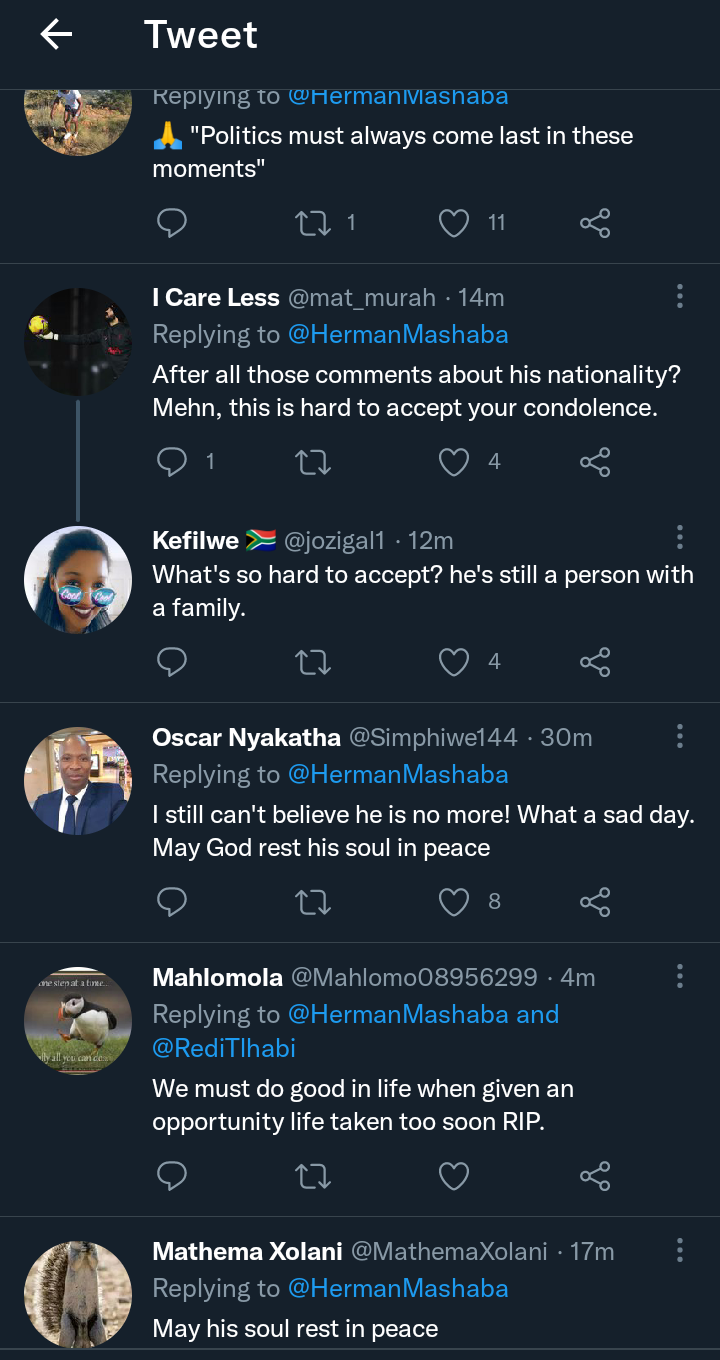 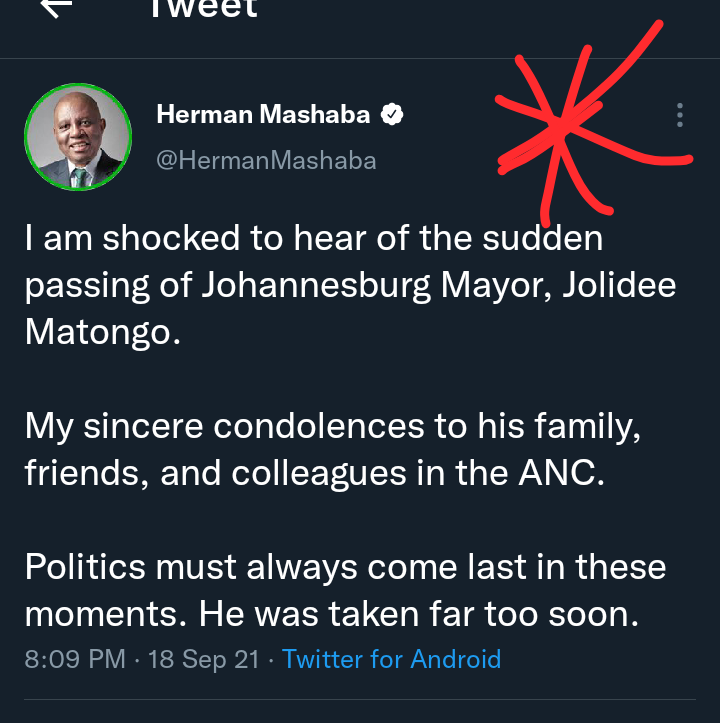 The death of the mayor came as a shock and surprise to the people of South Africa today. Many people could not believe the news because the mayor was present and actively involved in the ANC campaign in Soweto today. The ANC campaign in Soweto was a flop. Many residents of Soweto tried to stop president Cyril Ramaphosa from campaigning, saying that the ANC political party failed them. Recall that the emergence of Jolidee Matongo as Johannesburg mayor, saying that the man is a foreigner. They were chanting Johannesburg mayor must fall. However, as the death of the mayor broke out, people were sorry, saying that politics must be dropped in the case of death. A Twitter user wrote, “ANC killing each other for positions. All the more reason why we should vote them out. We can't continue being led by thugs. We see their thuggery a lot in their meetings. Furthermore, we know that, just focus… let's move on”. The children of the deceased mayor are still very young, according to some Twitter users. The ANC have suffered a lot of death recently among their top politicians. 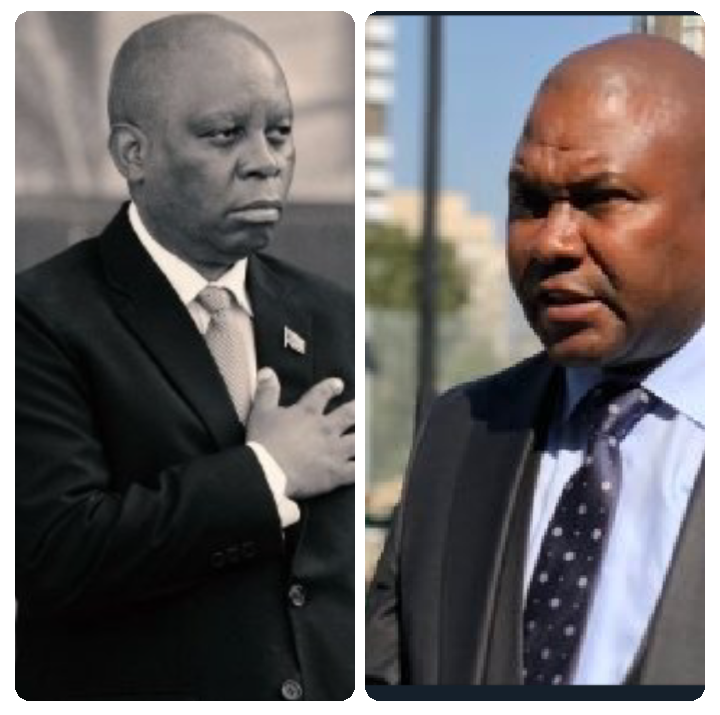 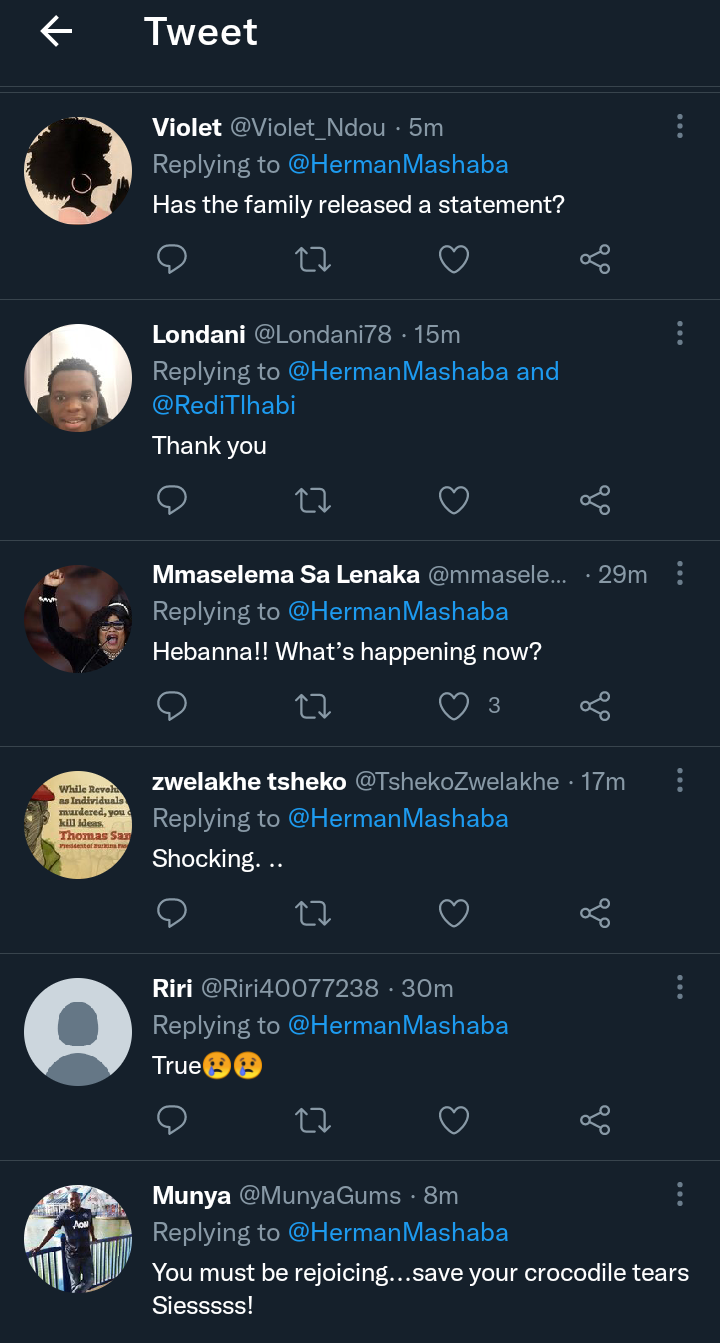 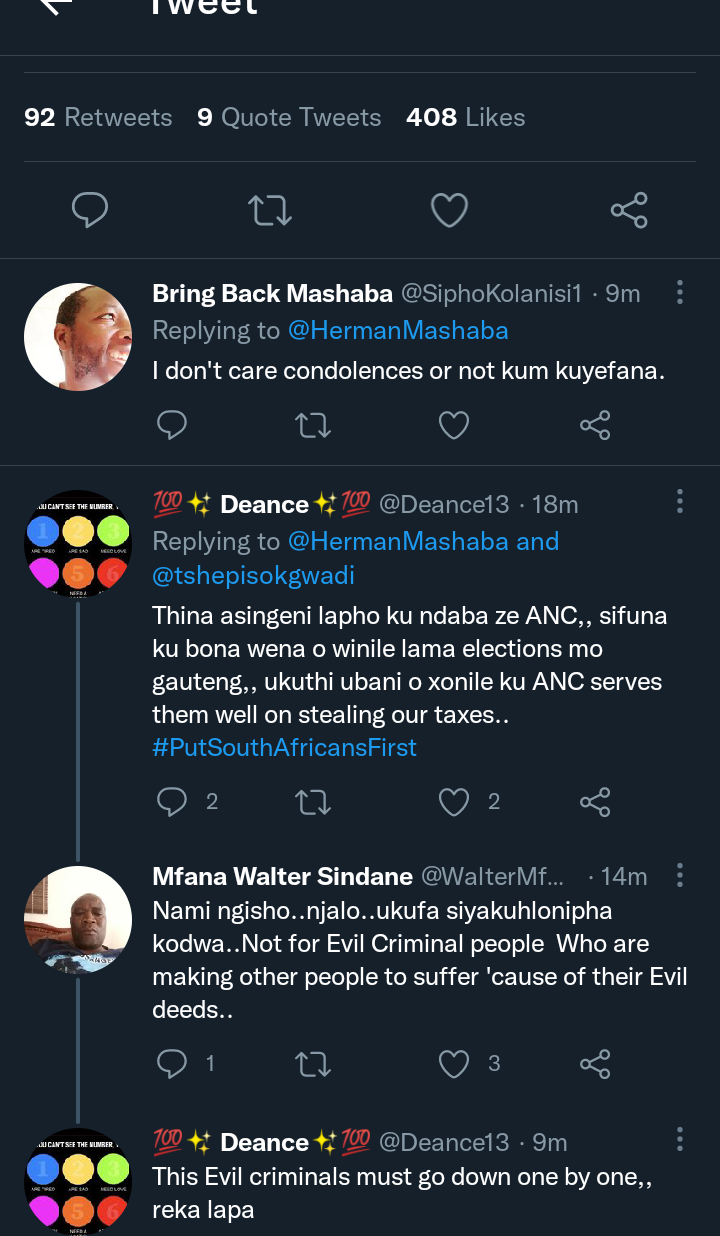 A concerned Twitter user urged the people of South Africa to save their tears because they were the ones complaining about the nationality of the late mayor. Someone told Herman Mashaba, “You must be rejoicing…save your crocodile tears. After all those comments about his nationality? Mehn, this is hard to accept your condolence. Rest in peace Jolidee, but wena don't stop the campaign. We need you”. It is a big loss to South Africa.

How to make potato whitening: you will see results in 14 days

In Shock; Limpopo Woman Asked For A Lift And This Happened To Her.

VIDEO: Lindokuhle had an amazing weekend with friends

Watch: Man fighting with a traffic officer got a lot of people on social media talking