Although the ANC member of parliament who wrote a letter asking that Ramaphosa be investigated was suspended, the Scopa boss said that the investigation will continue. Recall that Mervyn Dirks representing Pietermaritzburg was suspended for asking that Ramaphosa be investigated for corruption. The major focus against Ramaphosa was the statement accredited to him in the controversial audio recording. Although it was obvious president Cyril knew about the corruption in the campaign funding, he decided to bury it so that it will not affect the ANC. He was quoted as saying, “Investigations will reveal that a lot of public money was used (to fund political campaigns). I said, in this case, I am prepared to fall on the sword, so that the CR17 campaign, yes, should be the only one that's looked at and not the others because the image of the African National Congress is what I am most concerned about.” It is on this note people are clamouring for investigation into Ramaphosa's role which he played in protecting corruption. 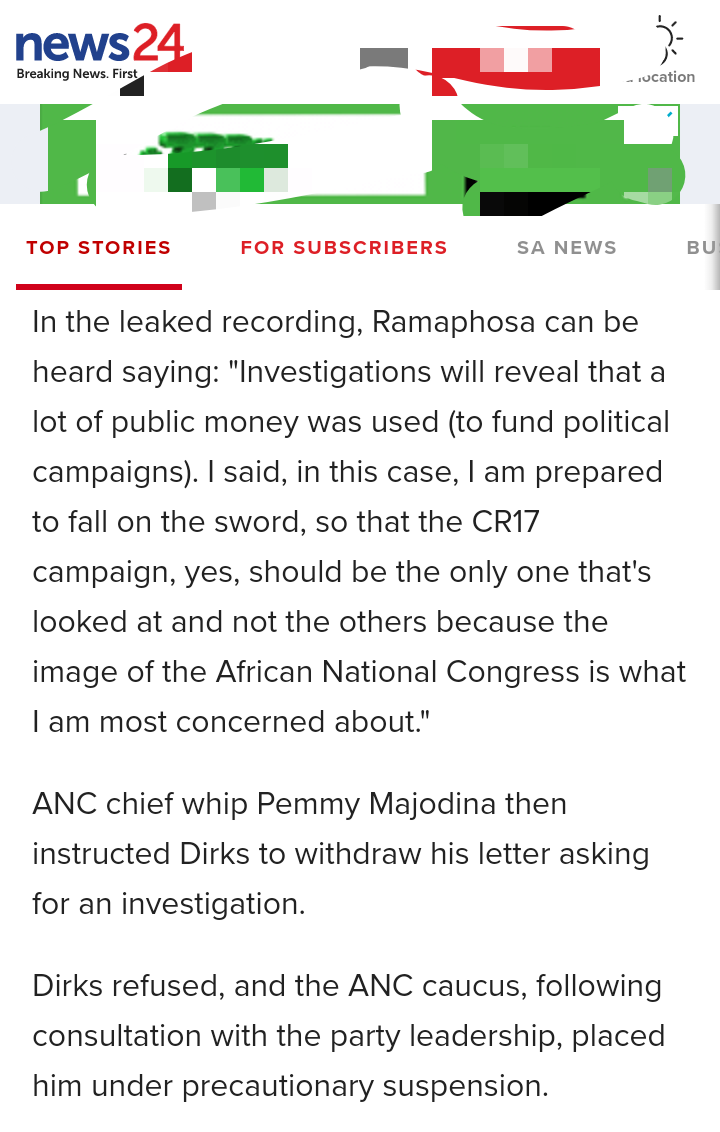 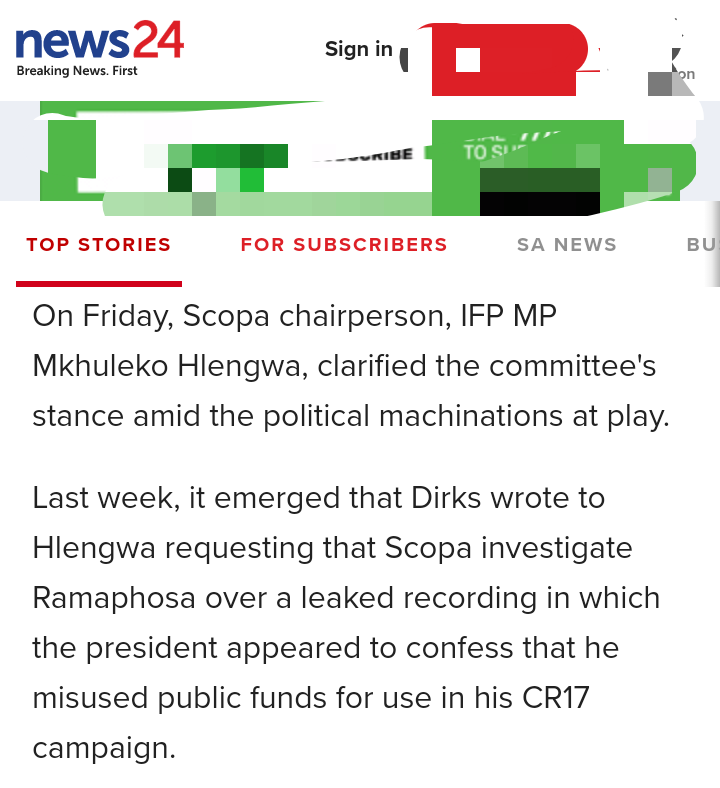 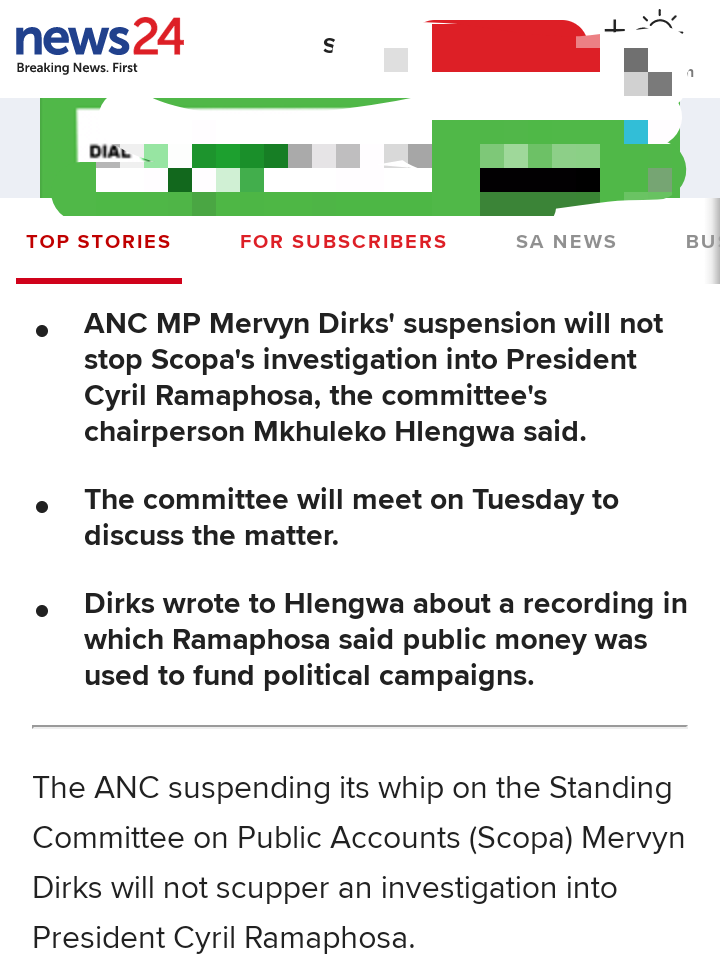 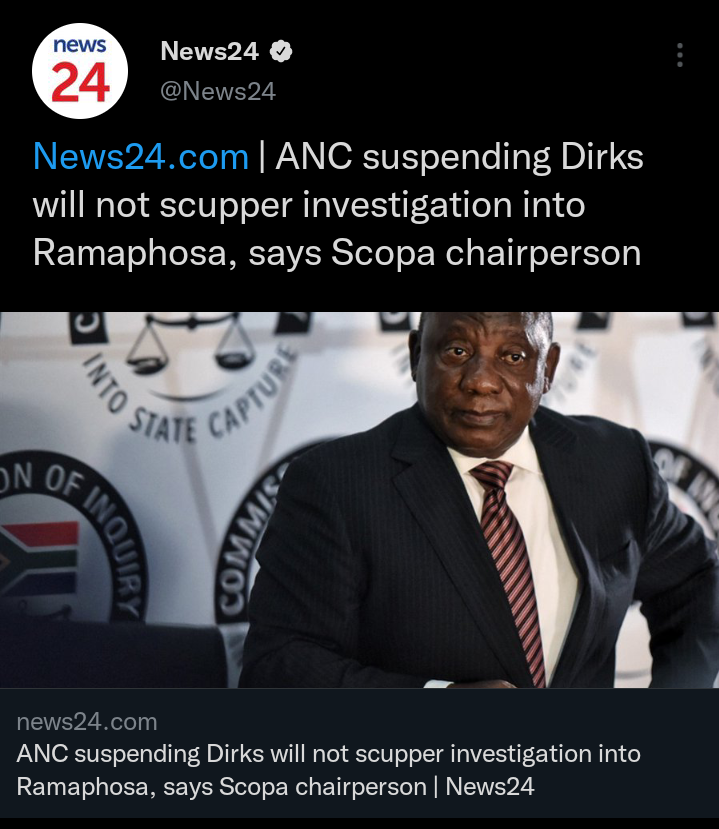 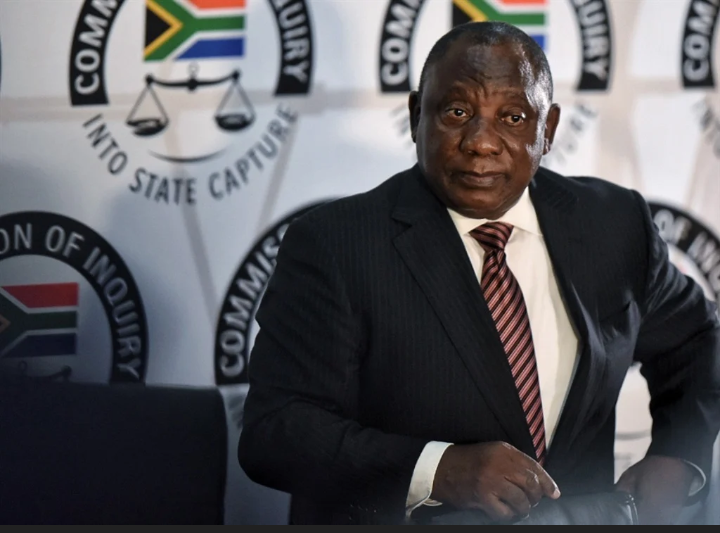 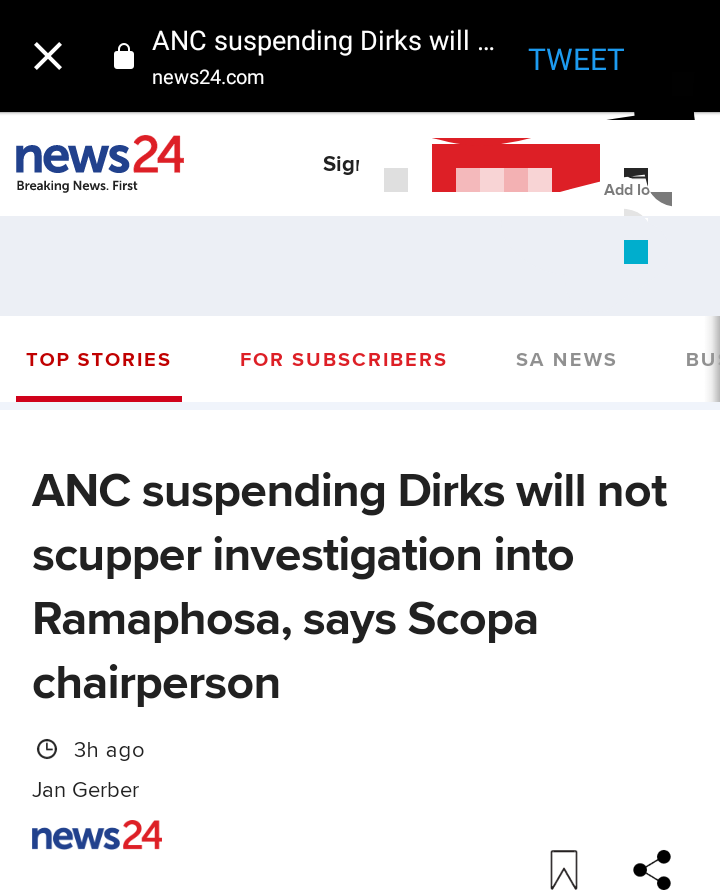 It was reported that the committee will meet on Tuesday to discuss the matter. Mervyn Dirks landed in hot waters when he wrote a letter to Hlengwa about a recording in which President Cyril Ramaphosa said public money was used to fund political campaigns. He argued that such cannot be overlooked. Every attempt made by some Top members to make him abandon his course of having Ramaphosa investigated proved abortive; hence he was slammed with a suspension notice, a move that was greatly criticized. It was reported that ANC chief whip Pemmy Majodina then instructed Dirks to withdraw his letter asking for an investigation, but he subsequently refused, and he was immediately suspended. 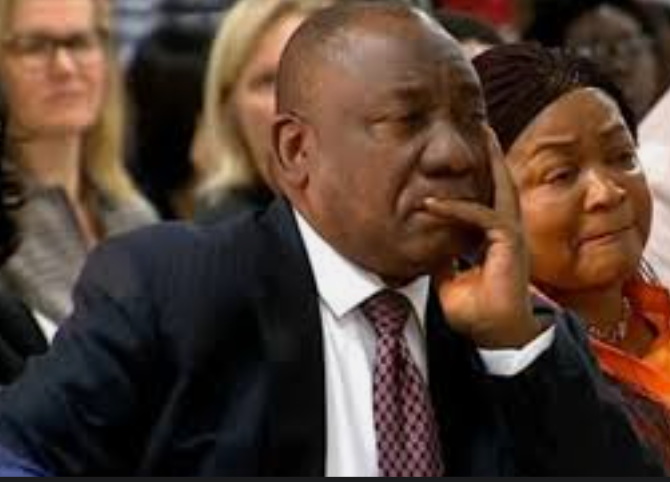 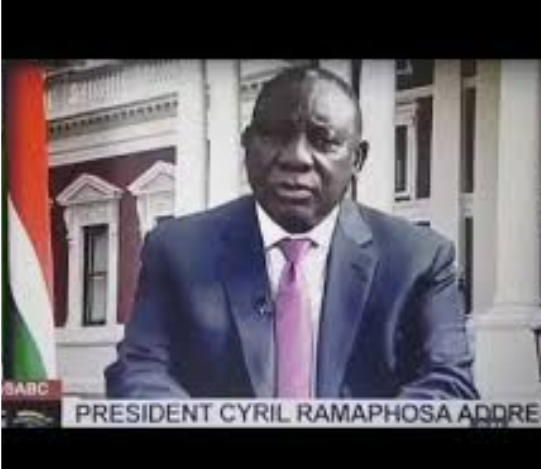 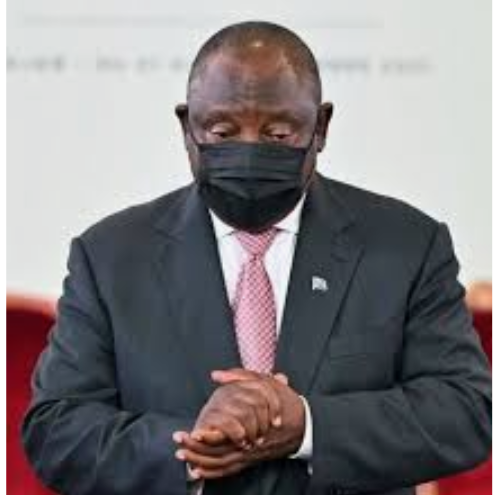 Now, the Scopa boss, who received the letter, said that although Mr Mervyn Dirks was suspended for whatever reason, that will not stop them from investigating president Cyril Ramaphosa. The Scopa chairperson further revealed that he received email correspondence from Dirks on 22 December 2021 on Ramaphosa's remarks. Mervyn Dirks was so determined to see that Ramaphosa was investigated, and when the top members could not stand it any more, they have to slam him a suspension notice, perhaps to pressure him to withdraw his letter against Ramaphosa, but he never did.