Protests, and civil unrest have been reported in Eswatini since late June 2021(...and even before then). Most have dismissed these protests as a minor issue that will die down in time.

The severity of the war is going on in Eswatini has mostly remained hidden to the international community, even the SADC seems to deem the situation as unworthy of intervention. The reason for the ignorance can perhaps be attributed to the censoring of news in Eswatini, and the shutdown of any news outlets that reports unfavorable news. The news of the civil unrest in Eswatini have been well contained. 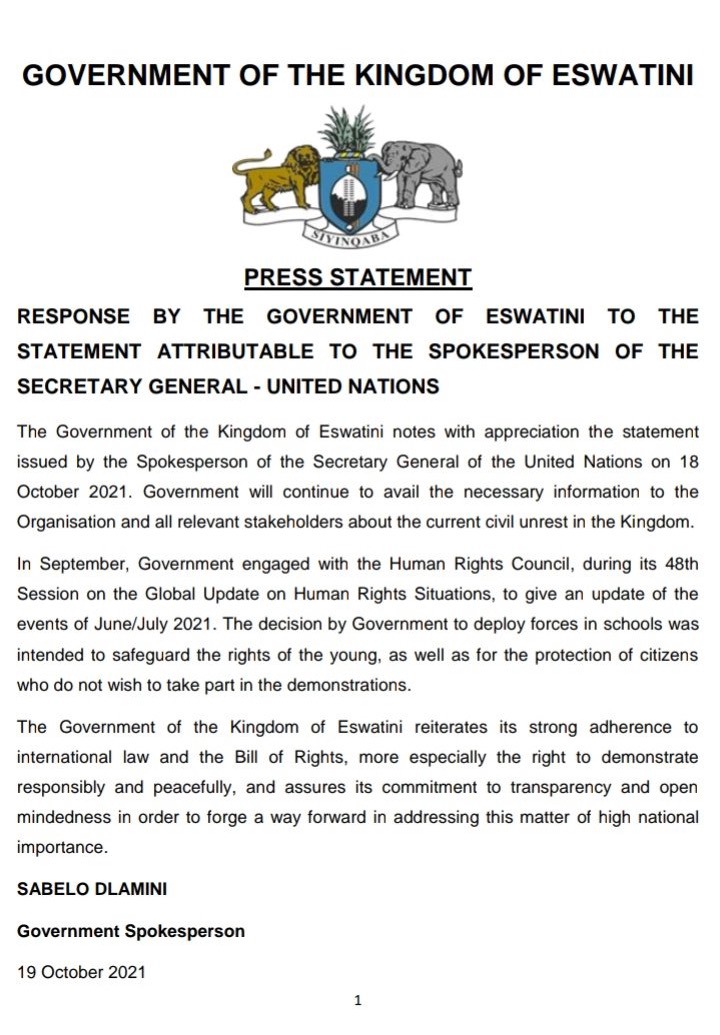 Picture: statement released to the press by Eswatini government

Much like other oppressive governments/ leaders, Eswatini's King has restricted internet in the country in attempt to muffle the voices of those who want him removed from his comfortable position. Despite the efforts to keep the situation contained; Social media platforms have been flooded with gruesome pictures of riots, police brutality, and multitudes of Emaswati taking to the streets to protest against King Mswati III's rule. 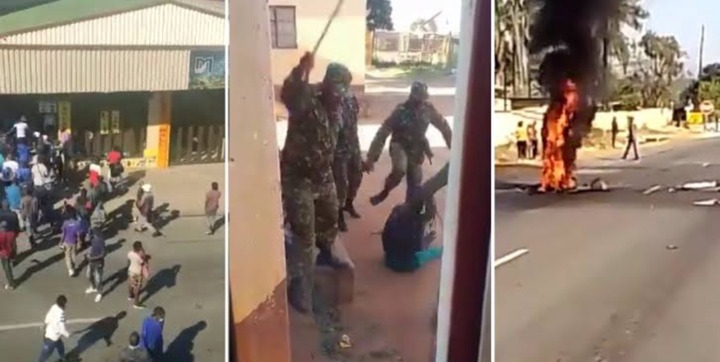 The footages released by people on social media show shocking scenes of violence, and police brutality.

These footages include a shocking video of a bus filled with civilians tear gases, and the passengers shot at by the police while the doors of the bus were shut to prevent escape. 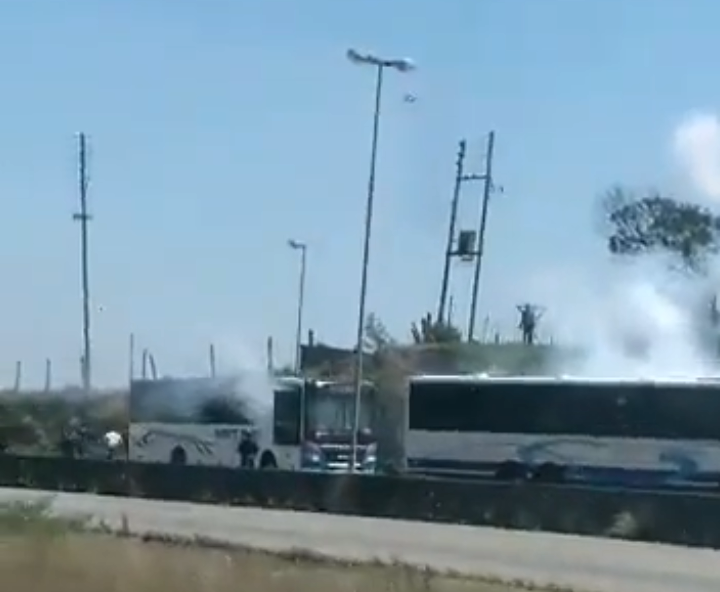 The violence unleashed against the protestors has be come a norm in African countries, and police brutality is often used as a weapon to instill fear, and to control citizens. Gross human rights violations go unpunished, and this empowers dictators. 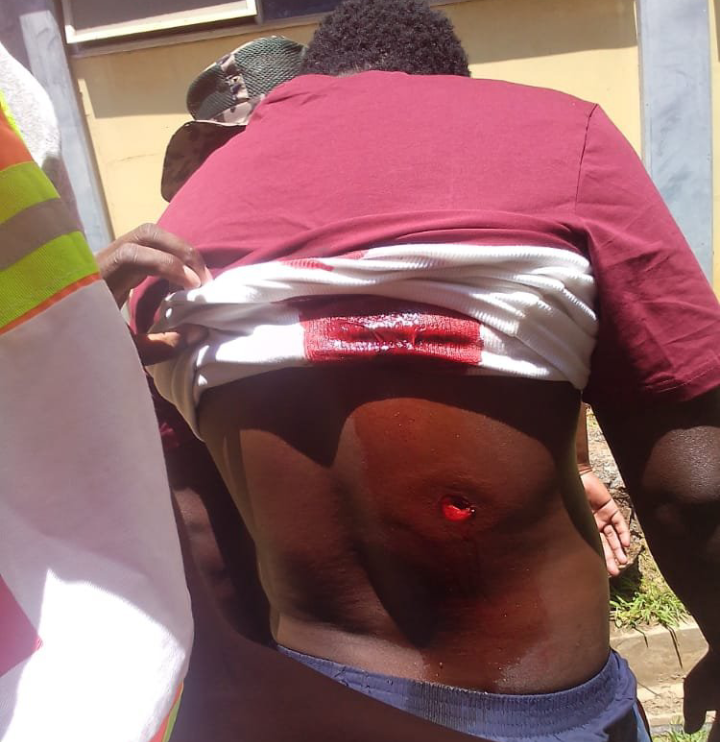 Picture: man shows injuries from encounter with the police

The international community's silence is what allows leaders to butcher their own people. This culture of looking away when powerful people do wrong has given them the impression that that can use brutal force against their opponents with impunity. 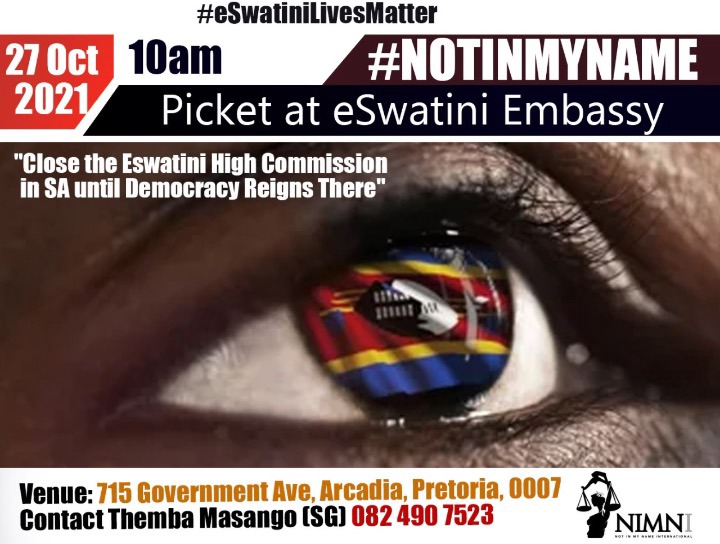 The silence of the SADC is a sad reminder that structures like these are a sham. These structures often fail to intervene in times of civil unrest, and the distressed are left to suffer without any assistance.