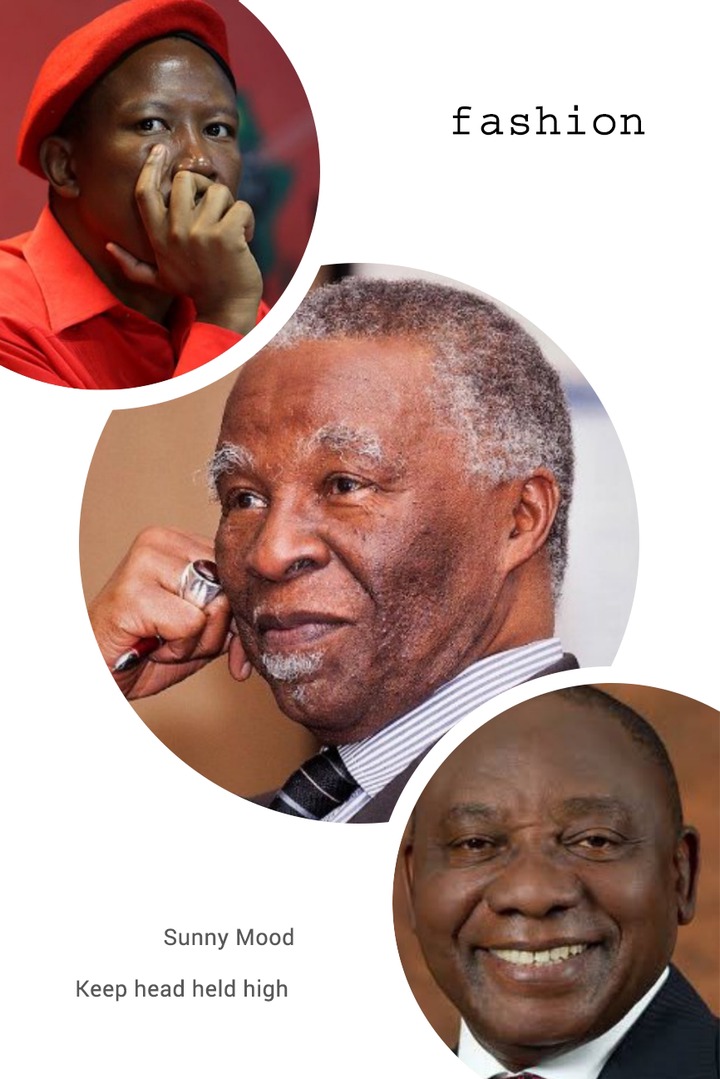 Julius Malema is correct, by Mbeki and Zuma owe us an explanation how did Cyril Ramaphosa become SG in 1991. He was not known by comrades. Malema must ask Gayton how to run a party. He is always criticizing ANC and Cyril instead of making sure his party is growing. You mean a party of few members. what what alliance, Malema was 10 years old in 1991, how does he know that Cyril was unknown by comrades? Is his utterance based on hearsay? It’s a historic fact Zuma was going against Ramaphosa on that conference, Jiki jiki Ramaphosa emerges as a Victor on the conference, Maybe Zuma who emerged in the top 6 at the time, who happens to be a good tea buddy and clearly in that chit-chat, but TM doesn't owe anything think of sorts,

Why is Malema president of EFF since 2013. Why no change of leadership. Let me help you with that, EFF it's his enterprise and Floyd his Sidekick, And as @EFFSouthAfrica members and supporters don't have a problem with that, So don't look at other political parties and criticize them. Julius will lead EFF until Jesus comes back to Earth. All in all, you're saying only ANC members must criticize the governing party?

You followers act like Julius is some sort of inspirational leader like Moses who is going to lead you to Canaan. Most of you are church mouses but him, Floyd wears the latest Gucci suits. He pretends to be a socialist, but leaves a capitalist life. Using your logic you can't criticize us fighter's because you, not one of us, want to know if you're reaping any things from the benefits of Malemas farm as his followers. Just on that Malema has never worked in his life but owns a farm, stays in high walled subs whilst you his followers are competing for jobs with his African brothers, Julius was not around in 1991 but some others were. CR was part of the activist scene within SA while Zuma was engaging in inappropriate entanglements in the bush, & Mbeki was developing his mind in Europe. You don’t need these conspiracies to say CR is an awful President. The same way he must explain how he became ANCYL president. People did not know him either.

Cyril Ramaphosa was also part of Cosatu delegation in 1985 that met with the ANC delegation led by O.R Tambo outside the borders of SA while they were in Exile. They also had numerous meetings with the UDF and some who were elected in the NEC of 1991 were members of UDF.