By MzansiMgozi (self media writer) | 11 days ago

John Henry Steenhuisen (born 25 March 1976) is a South African politician who has served as the leader of the Opposition since October 2019 and has been the federal leader of the Democratic Alliance since November 2020, having served as the interim leader for one year from November 2019. He was chief whip of the official opposition from May 2014 until October 2019. Ideologically, Steenhuisen has been described as a liberal, a supporter of non-racialism and a firm believer in racial equality. 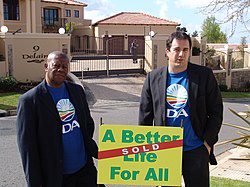 Born in Durban, he matriculated from Northwood Boys' High School. Steenhuisen joined the Democratic Party and was elected to the Durban City Council in 1999 as the councillor for Durban North. In 2000, the Democratic Alliance was formed, and he was elected as a councillor of the newly formed eThekwini Metropolitan Municipality in that year's municipal election. He was appointed as the DA's caucus leader in 2006. 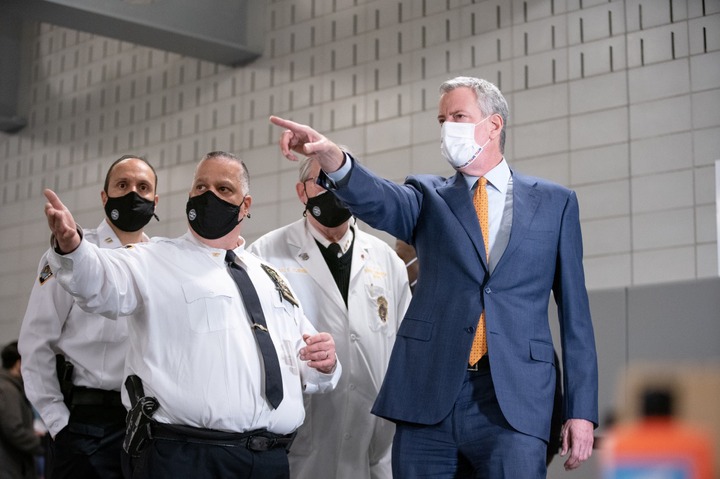 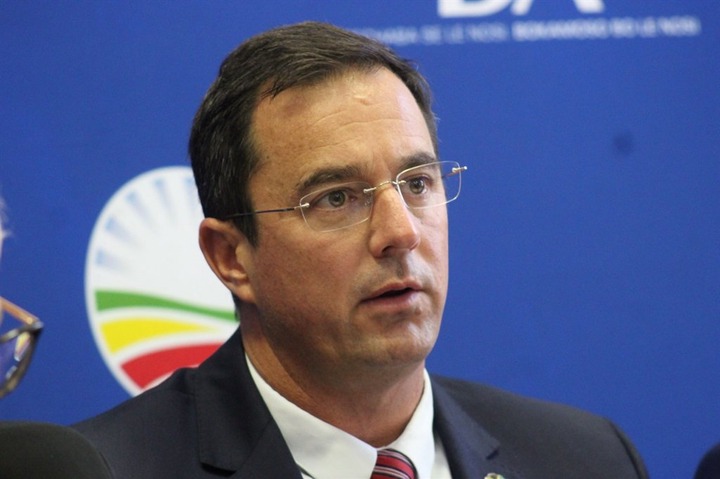 After the 2009 elections, he became a member of the KwaZulu-Natal Legislature and was appointed the DA's caucus leader. Soon after, Steenhuisen was elected as the party's KwaZulu-Natal provincial leader, a position he held until he resigned in October 2010, amid an extramarital affair. He joined the National Assembly in July 2011, and he became the Shadow Minister of Co-operative Governance and Traditional Affairs in February 2012 following his appointment by Lindiwe Mazibuko.

Steenhuisen was born in Durban and matriculated from Northwood Boys' High School, an English-medium high school in Durban, in 1993.He went on to study a course in political science at the London School of Economics and Political Science, but has never obtained a university degree.He once told Parliament that he had enrolled for a bachelor's degree in politics and law at the University of South Africa in 1994, but he could not finish the course due to work and financial circumstances.

Steenhuisen has delivered many speeches to Parliament that have been noted for their incisive criticism of African National Congress (ANC) leadership, including previous South African President Jacob Zuma.

Leadership of the Democratic Alliance

Mmusi Maimane resigned as both Federal Leader and Parliamentary Leader of the DA in October 2019, causing Steenhuisen to lose the position of chief whip. Steenhuisen's deputy, Jacques Julius, then served as acting chief whip.Steenhuisen declared his candidacy to succeed Maimane as parliamentary leader and was elected unopposed on 27 October 2019.He formally announced on 28 October that he would run for federal leader of the party.Steenhuisen appointed Natasha Mazzone as the new chief whip of the DA parliamentary caucus on 31 October.He was elected interim leader of the party on 17 November, defeating Gauteng MPL Makashule Gana.

In the early days of Steenhuisen's leadership, the party lost control of the City of Johannesburg Metropolitan Municipality in December 2019.In August 2016, then-DA leader Maimane formed an informal alliance with the Economic Freedom Fighters to secure control of several hung municipalities, including Johannesburg with Herman Mashaba of the DA as the city's mayor.Mashaba resigned as mayor in October 2019 and left office in November.A vacancy was therefore created. DA Federal Council chair Helen Zille and Steenhuisen both opposed a coalition agreement with the EFF.On 4 December, the ANC regained control of the city of Johannesburg.Previous DA coalition partners and a few DA councillors voted for the ANC candidate, Geoff Makhubo.

On 15 February 2020, he declared his intention to seek a full-term as Federal Leader of the DA at the Hellenic Community Centre in Mouille Point, Cape Town.The party was scheduled to elect its new leadership at its Federal Congress in May 2020 but this was postponed due to the COVID-19 pandemic.Consequently, Steenhuisen suspended all campaign activities.

During the COVID-19 pandemic, the DA launched a coronavirus information channel.On 8 May 2020, Steenhuisen delivered a speech in which he called for the national lockdown to be ended. Steenhuisen called the lockdown “destructive” and said, “there is no longer a justification to keep this hard lockdown in place.” He also said that the DA had written to the International Monetary Fund and filed a PAIA complaint to obtain the minutes of the National Command Council's decision to retain the tobacco ban.

Also in May 2020, the DA's Federal Council, the second-highest decision-making body, resolved to hold the conference virtually between 31 October and 1 November a move which some critics denounced as being favourable to Steenhuisen's campaign, as he has a public profile and access to party structures, giving him an advantage.He faced KwaZulu-Natal MPL Mbali Ntuli for the position. As the campaign progressed, he received endorsements from prominent party members, including Western Cape provincial leader Bonginkosi Madikizela and interim federal chairperson Ivan Meyer.On 1 November 2020, Steenhuisen was announced as the new leader of the party.

On 5 December 2020, Steenhuisen announced his Shadow Cabinet.The majority of the positions remained unchanged, with Geordin Hill-Lewis remaining at Finance, Andrew Whitfield at Police and Siviwe Gwarube at Health. He removed Phumzile van Damme as Shadow Minister of Communications and replaced her with Zakhele Mbhele. He also granted Van Damme a health-related sabbatical until March 2021.She subsequently accused Steenhuisen of trying to use her health sideline her, as her sick leave was due to end on 15 December 2020, and she was in good health. She described the sabbatical as "unsolicited" as it was not based on her health but rather Steenhuisen’s intention to sideline her despite being a top performing MP. It was claimed that she was being sidelined because she had not supported Steenhuisen candidature as leader of the party The DA disputed Van Damme's accusation, but she vehemently insisted that Steenhuisen had instructed her to cease all her parliamentary duties and go on an unsolicited sabbatical. She further added that she saw the decision to place her on the unsolicited sabbatical as also an attempt to control her life and body.Steenhuisen then claimed he had made the sabbatical optional and Van Damme could continue with her parliamentary duties.Van Damme again disputed this and insisted the sabbatical was not made optional and that she was directed by Steenhuisen to cease all her parliamentary duties while on a 3-month sabbatical. She later said she would abide by his instruction, go on sabbatical while legally challenging what she saw as an abuse of power by Steenhuisen.On 12 February 2021, Van Damme announced that her disagreement with Steenhuisen regarding her sabbatical had been resolved and she would return to work, focusing on digital technologies.She later resigned as a DA MP in May 2021, citing a clique of individuals.

In late June 2021, the Constitutional Court of South Africa sentenced former president Jacob Zuma to 15 months imprisonment for contempt of court. Steenhuisen welcomed his sentencing, saying it vindicated the DA.Amid the unrest that followed Zuma's incarceration in July 2021, Steenhuisen called on police to dispatch resources from other provinces to riot hot spots in Gauteng and KwaZulu-Natal.He said that the DA would be laying charges against Economic Freedom Fighters (EFF) leader Julius Malema and Zuma's children, Duduzane and Duduzile for inciting violence on social media.

He currently resides in Umhlanga, KwaZulu-Natal and is a supporter of the Sharks rugby union team and AmaZulu F.C. football club.Steenhuisen was married for 10 years to Julie Steenhuisen (née Wright), a fellow Durban native. They were divorced in October 2010 after Steenhuisen's long term infidelity came to light. Steenhuisen resigned as the Provincial Leader of Kwazulu-Natal, and swapped his place in Kwazulu-Natal Legislature to become an MP. Steenhuisen has two daughters from his first marriage.He is now married to Terry, and they have a daughter together. He is fluent in both English and Afrikaans.