Another prominent minister withdraws from the race for ANC president, citing the need for "rest"

Over the next weeks, the 55th national elective conference of the ANC is anticipated to begin accepting nominations.

There have been many names thrown around as potential candidates for various posts, and more specifically, the inclusion of women has been strongly pushed across the board.

Thandi Modise, a female contender for minister of defense, is said to have denied a prospective nomination to serve as President Cyril Ramaphosa's running partner and become the first female deputy president of the ANC. 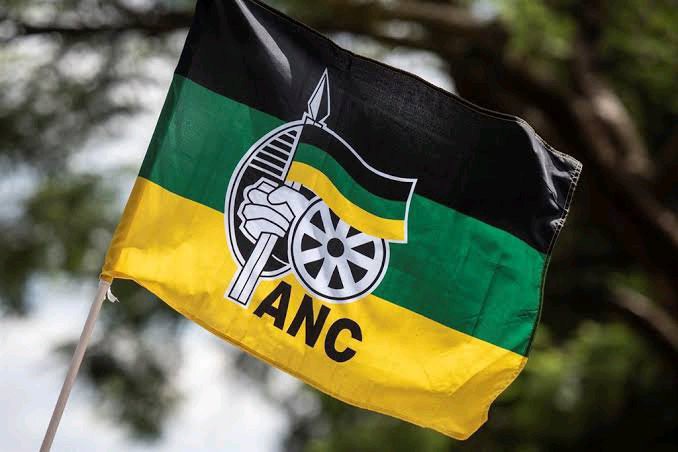 According to TimesLIVE politics reporter Kgothatso Madisa, Modise is rumored to have informed those pushing for her to run that she is unable to do so because "she wants to rest" – an indication that she may soon be thinking about retiring.

Significantly from the Free State Province are the branches who allegedly saw her as a more qualified candidate. 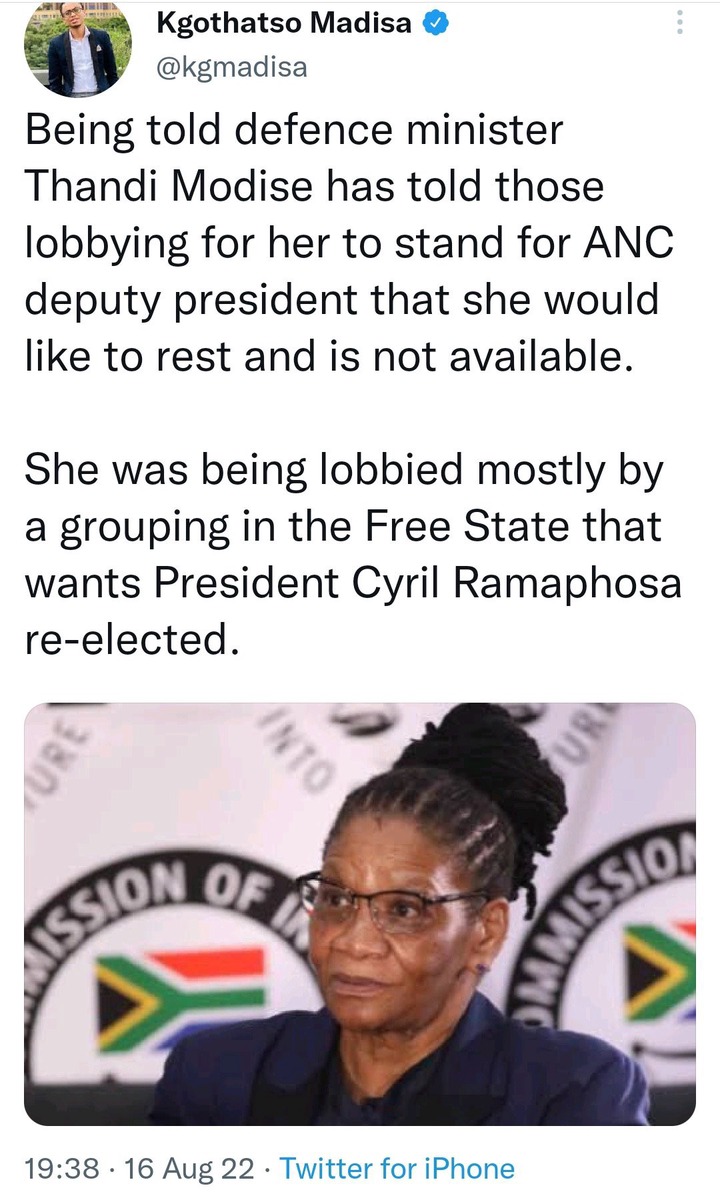 The 62-year-old has been regarded as one of the more respectable members of the ANC, one whose political career has not been damaged or shadowed by scandalous actions.

Perhaps it was for this reason that her ranking among the top six was considered as something that could give women who have fought for women's inclusion in top positions in the organization optimism.

It is an unquestionably undeniable reality that Ramaphosa's campaign for re-election appears to be a shoe-in inevitability by all measured metrics, of course, unless something unusual occurs that may wreck his prospects.

Similarly, based on the number of comrades who are rumored to have expressed interest in the position of vice president, you could be led to believe it is unfilled.

At the Mpumalanga provincial conference, the incumbent, David Mabuza, suffered serious damage when a faction that is completely at odds with his ideological posturing won. As a result, he was unable to mobilize a strong base of support for his own re-election.

The ANC has held extensive discussions about Modise's health history. Some have argued that the deputy president position should be held by a person in good health, and that Modise, a former member of the ANC's military wing, uMkhonto We Sizwe, fit the bill.

Following Gwede Mantashe's announcement last week that he would not run for the position, Modise has decided not to run since a much younger candidate should be taken into consideration.

Thandi Modise has held a variety of posts, including:

- From 2014 until 2019, she held the position of Chairperson of the National Council of Provinces.

What do you think about Modise's choice to leave the presidential race?

Don't forget to share with your relatives and friends after you leave your comments in the space below.

ANC I Want To Rest