Nomvula Mokonyane joined the protesters calling for justice for Namhla as they marched. Other members of the organization were seen following in the footsteps of Mokonyane, who was leading from the front. Some attendees, however, were shocked to see Mokonyane there, believing she was only there to attract attention. It was said that Mokonyane used the march for her own personal gain because she had previously supported a suspected women abuser. Nomvula Mokonyane, a South African minister, made headlines for pledging to defend President Jacob Zuma with her bottom. When Zuma was accused of rape, this photo was taken. Brenda Mpitsang, a spokesman for Mokonyane, said the "buttocks" term was not meant to be taken literally. "She was employing figurative language. She was merely demonstrating the lengths to which we would go in order to safeguard the president. She didn't intend what she said in the literal sense." 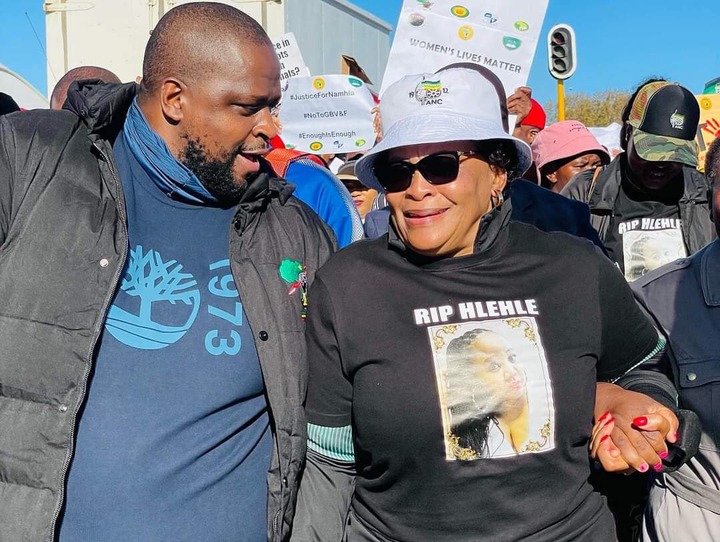 The question was raised on Twitter: "I wonder why they didn't chase Nomvula Mokonyane, She's one of those who publically insulted KWEZI and swore to protect Zuma with her buttocks." It was Khwezi who accused South Africa's former president of rape a decade ago, sparked a national discussion about rape culture. In the end, she was 41 when she died. After a group of ladies mounted a demonstration on Khwezi's behalf, Mokonyane reacted angrily. In defense of Zuma, Nomvula Mokonyane, Lindiwe Zulu, and Bathabile Dlamini were hysterical. Today, Mokonyane is attempting to portray herself as a champion of women's equality. She's a con artist, they say. 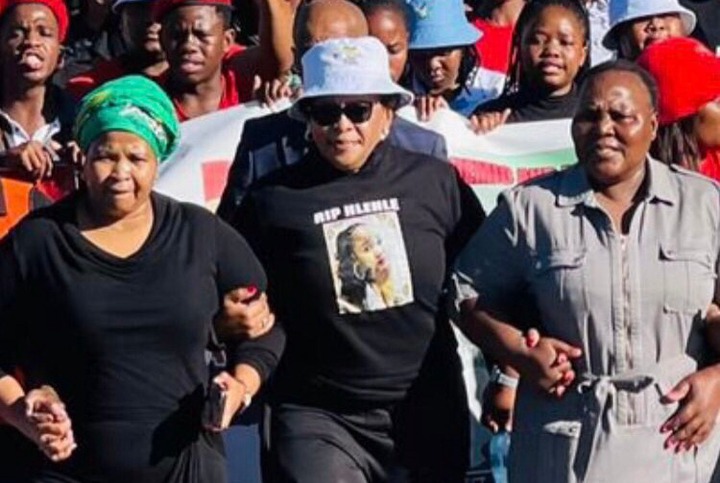 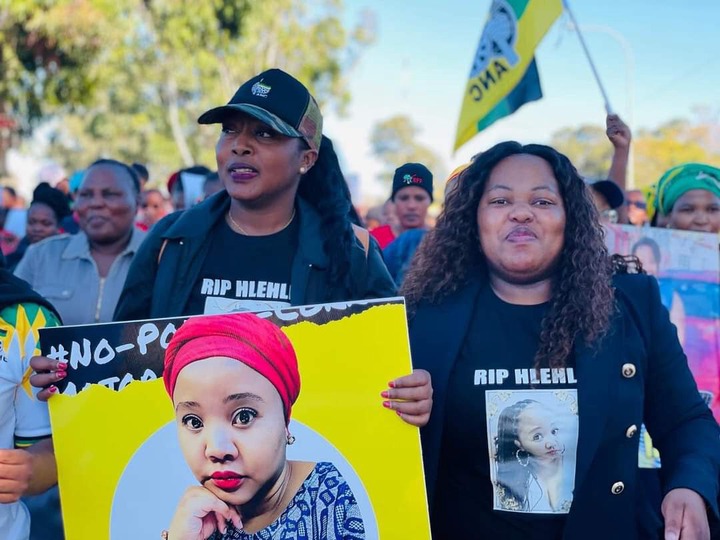 Meanwhile, Mokonyane urged for the arrest of the assassin of Namhla Mtwa during the march. "We'll do a citizen arrest if the criminal isn't caught quickly," Mokonyane threatened. 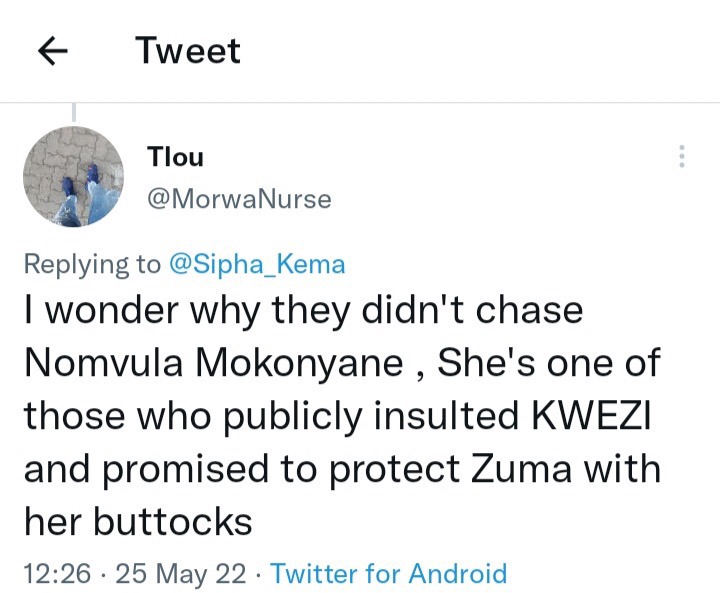 In April, Namhla was gunned down nine times in her car. Her businessman boyfriend, an ANC member, is said to have been involved. However, no one has been taken into custody just yet. A ruckus has broken out in South Africa! It's heartening to witness a unified FORCE of individuals use their voices to help someone who no longer has the ability to speak for herself... Despite Namhla's death, you South Africans stood up when it counted most! This is what it means to be in LOVE!

My rape experience hurts, but I’ve moved on –Juliet Ibrahim

Top 5 Simple Ways On How To Win A Womans Heart