Since the 1994 elections, South Africa has experienced an increase in what is labelled as xenophobia. Immigrants, as in many other countries, have been blamed for an increase in violent crime, drug dealing, drug abuse, unemployment, and other social ills. Attacks have been directed at African immigrants, often because they are perceived to be in direct competition with South Africans for jobs or services. 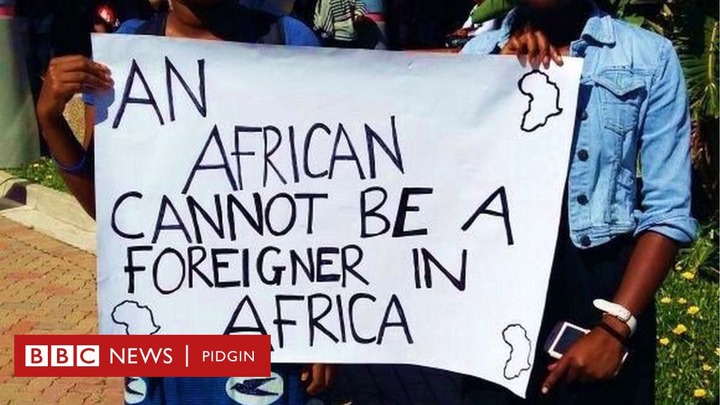 He's very right. I've said that SA is on a downward spiral precisely because we are allowing it to become smaller by abandoning dysfunctional towns and moving to better-managed ones. Those that are better managed cannot cope with the load and will eventually collapse too.

So, according to you, there are countries within SA whose nationals abandon them for the other South African countries. How do you confine people to certain corners of a country where they're citizens? Not even the apartheid government took it that far with their Bantustan system.

A comment like this deserves no response. If you understand SA, it’s the other way around. People in villages work in metros and then go back home regularly and use the money to enhance and improve their family homes. That's irrelevant. We come to work in the cities and then go back to rebuild our homes and save to start businesses. The economy thrives in big cities, unlike in rural areas where there are limited resources and even roads don't allow us.

At the same time, those are two different things that must not be compared to me being in Durban or Cape Town instead of being in Cofimvaba. That's my choice. For a legal African who is in South Africa or even illegal for that matter, at most, it’s the difficulties.