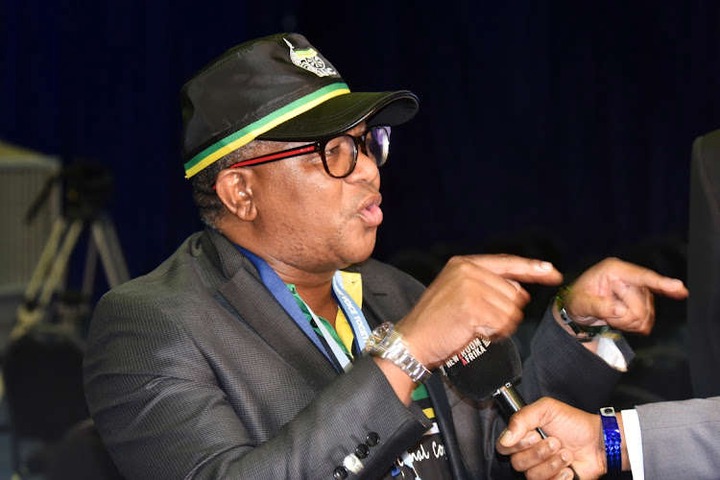 The SABC has dismissed endeavours by Fikile Mbalula to fault the public telecaster for the ANC's helpless political decision execution.

It said that this endeavor by the ANC's head of decisions to substitute the public telecaster for the party's lackluster showing was disturbing as no conventional grievance had been gotten on its inclusion.

This comes after Mbalula on Thursday went in all out attack mode, assaulting the SABC for having shows that prompted a low citizen turnout and, hence, the ANC's deficiency of key regions.

In Gauteng the ANC has lost every one of the three metros — Tshwane, Johannesburg and Ekurhuleni — to the DA, supported by the EFF, ActionSA and other resistance groups.

Mbalula singled out the SABC's Service Delivery Gauge, a show that investigated the presentation of regions in offering fundamental support conveyance. He said the show mercilessly assaulted the ANC, making SABC the party's "enormous issue" in the political race. He said the SABC ran a "crusade" which prompted South Africans choosing not to project their decisions on November 1.

Administration Delivery Gauge likewise put the ANC on the "back foot", as indicated by Mbalula, as it zeroed in just on the disappointments of ANC-drove regions.

"[Only] after the political decision that is really at that time you go toward the Western Cape's Khayelitsha where the DA oversees ... After the decisions. How long have I been hanging tight for you to get to Western Cape with Gauge? You won't ever show up there.

"You were in this large number of larger part districts and showing our shortcoming. Fine and great ... I even said to her [SABC head of information Phathiswa] Magopeni, 'Pass on it to the citizens.' She said, 'Go about your business, I'm taking care of my business'. I said, 'Fine, generally excellent. I'll go about my business as well as could be expected against a savage SABC assaulting the ANC left and right'," Mbalula said.

He blamed the SABC for utilising the show as a "mouthpiece" for the resistance groups subsequent to taking a specific stance against the ANC.

"The media's responsibility is to be autonomous, fair and that is the thing that we see yet in this specific occasion it didn't occur. What's more, no question you have supported the antagonistic state of mind, and you have helped the mission of individuals not turning out in their numbers to cast a ballot. Since the state of mind was at a record-breaking low.

"The SABC emphasises that should any ideological group have an objection about any parts of the SABC's inclusion they are urged to follow the set up administrative roads accessible."