Are you well in your head? Malema ask people who still vote ANC

By DailyAnalysis (self media writer) | 2 months ago

EFF leader Julias Malema said the ANC has given the people worse houses than the apartheid government did, calling RDP homes 'matchboxes' 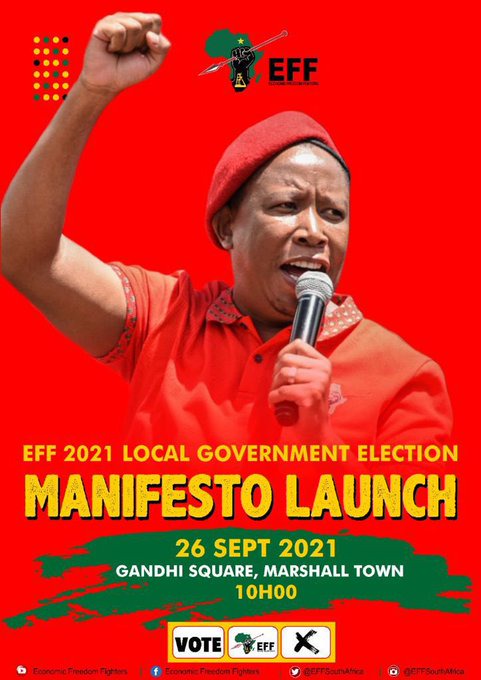 During a campaign to have people register in the upcoming Local Government Elections, EFF leader Julias Malema speaking in Ediepsloot, Johannesburg asked people if they are " well in their heads" for continuing to vote for the ANC.

In his address during a community meeting in Diepsloot Park on Saturday, Malema tackled many issues such as formalising Eskom to fix electricity problems faced in the township, land, registering to vote and how voting for the ANC won't bring change.

Now, you stay in a shack. Your applied for a house since 1994. But you continue to vote for the ANC. Are you well in your head?" he said. 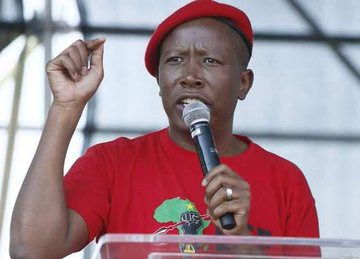 Malema urged people to register to vote, to get the ruling party out of power. "Lest us go check our names, and those that are not registered must do so." He adds that will teach the ANC a lesson if dissatisfied voters register in numbers.

"Change is your vote, you have been voting the same thing and things are remaining the same. Maybe if you change your vote, things will change, he told the Diepsloot community.

Malema said that people lack the patience and consistency of the late struggle icon, Nelson Mandela. Mandela was incarcerated in Robben island for 27 years, the EFF leader says communities lack the fighting spirit of Mandela and then stop voting. 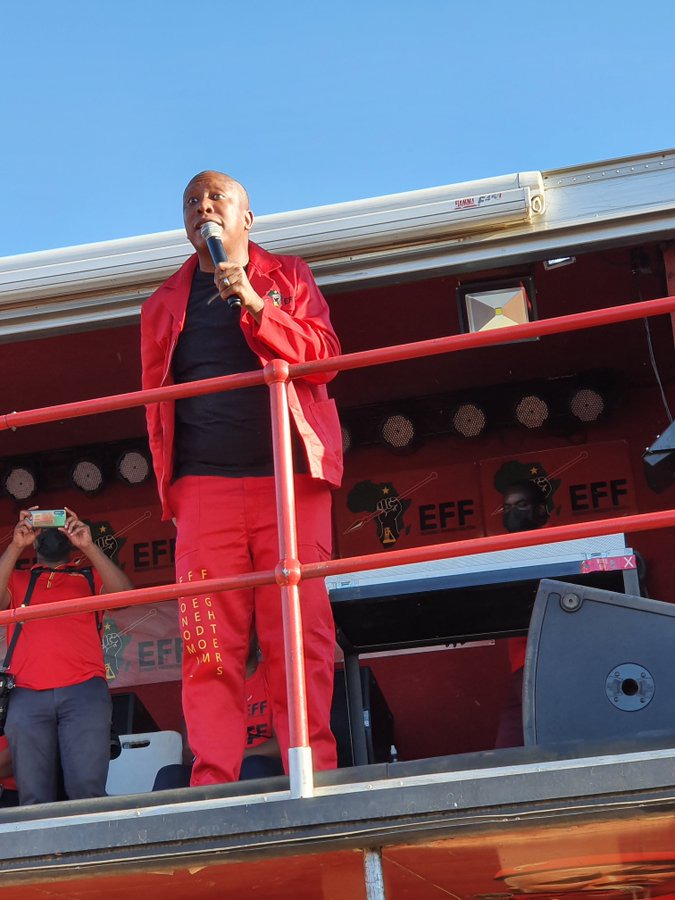 He further went on to say, the ANC's problems never started with former President Jacob Zuma, however, he did make things "worse."

The ANC is responsible for this mess, we voted for the ANC, not for Zuma. It is the ANC that sold the people of South Africa and we must teach the ANC a lesson... The whole thing is rotten."

We don't want you to by the land, we want to be given the land... When we marched in the 80s, we said we don't want matchbox houses. But the ANC government gave us worse than the apartheid people. We want to give you proper houses."

He added that when you give a "poor person a house, you are the dignity of that person." 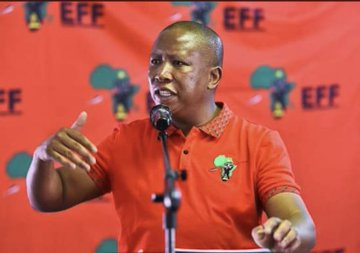 The EFF on Saturday maintained that it did not receive any donations above R100,000, between April and June this year, that needed to be declared to the Independent Eloctoral Commission (IEC)

The red Berets were among 502 political parties that did not disclose any donations, while the ANC, DA and ActionSA declared donations totaling more than R30 million.

The Economic Freedom Fighters (EFF) is a South African left wing to far-left pan-Africanist political party. It was founded by expelled former African National Congress Youth League (ANCYL) President Julias Malema, his allies, in 2013. Malema is President of the EFF, heading the Central Command Team which serves as the structure of the party. The party itself has been accused of fomenting ant-white and ant-indian racism, and Malema himself was convicted in 2011 for signing the song "shoot the Boer." It is currently the third-lagest party in both houses of the South African Parliament.