“We Have Been Betrayed"—President Cyril Ramaphosa Reveals Heartbreaking Details

By Be-enlightenednews (self media writer) | 4 months ago

During his testimony before the South African human rights panel, President Cyril Ramaphosa shouted out that South Africa had been abandoned as a nation. When the president testified, he not only acknowledged this, but he also tweeted about it, which proves that the president's betrayal was so traumatic to him. During the nationwide upheaval that erupted in July of last year, the president regretted the nation's betrayal. Nevertheless, during his testimony before the commission, President Obama refused to name any individuals who he believed had betrayed the country. We felt the deepest feeling of betrayal that there were individuals among us who would go so far as to conspire to destroy this very country we have spent the previous 28 years establishing," he stated via his Twitter profile this morning. 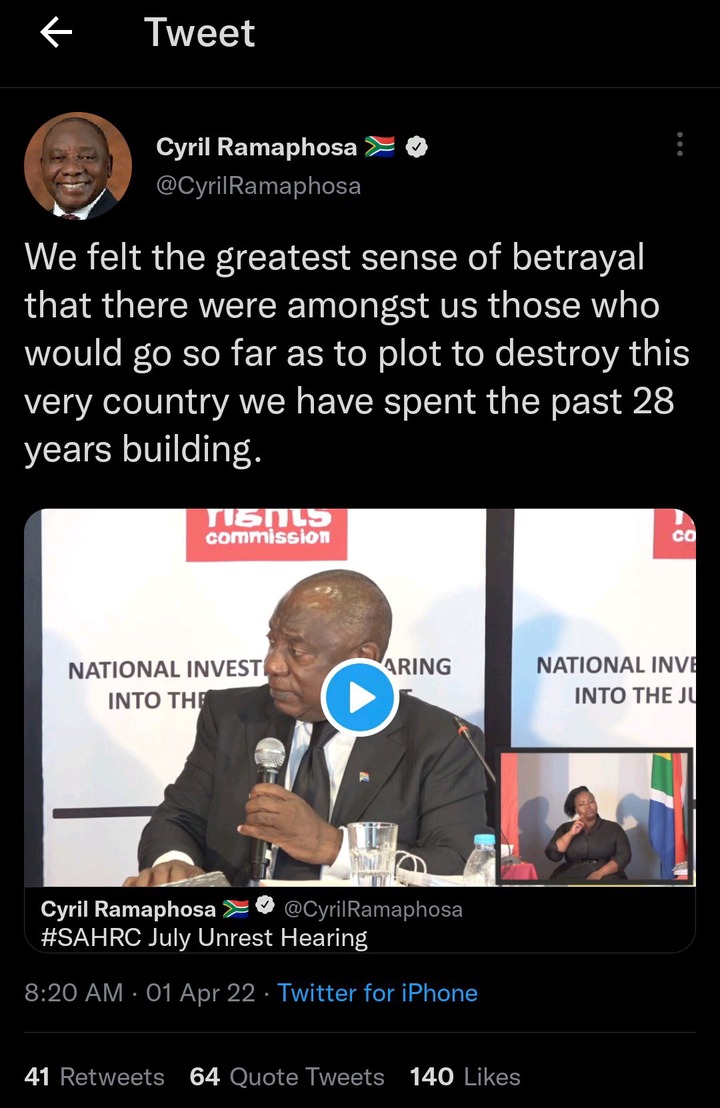 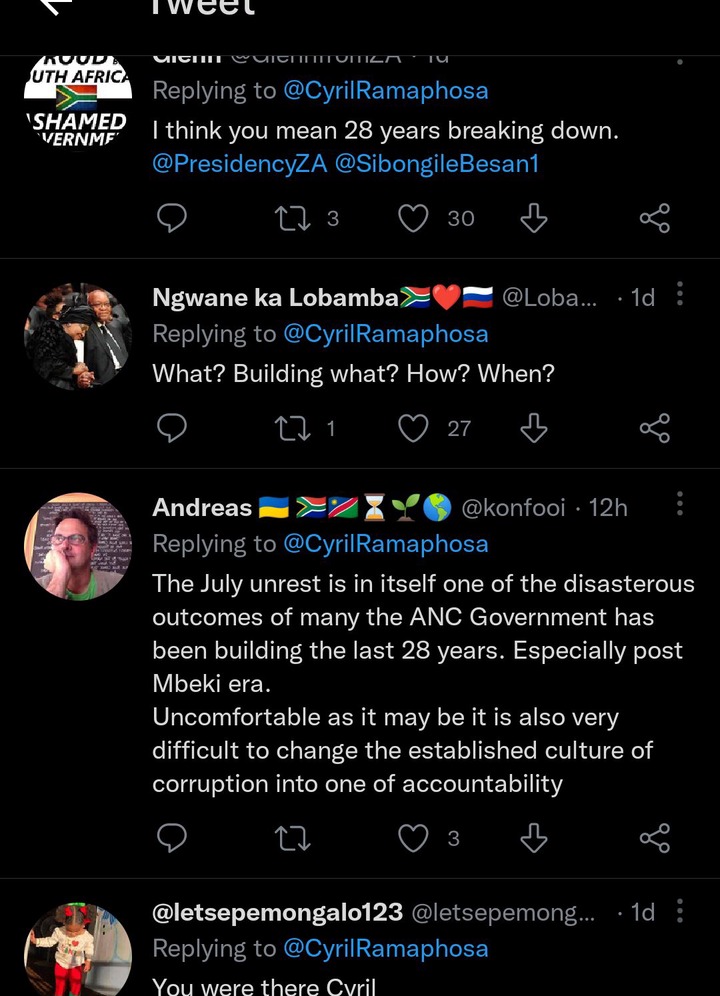 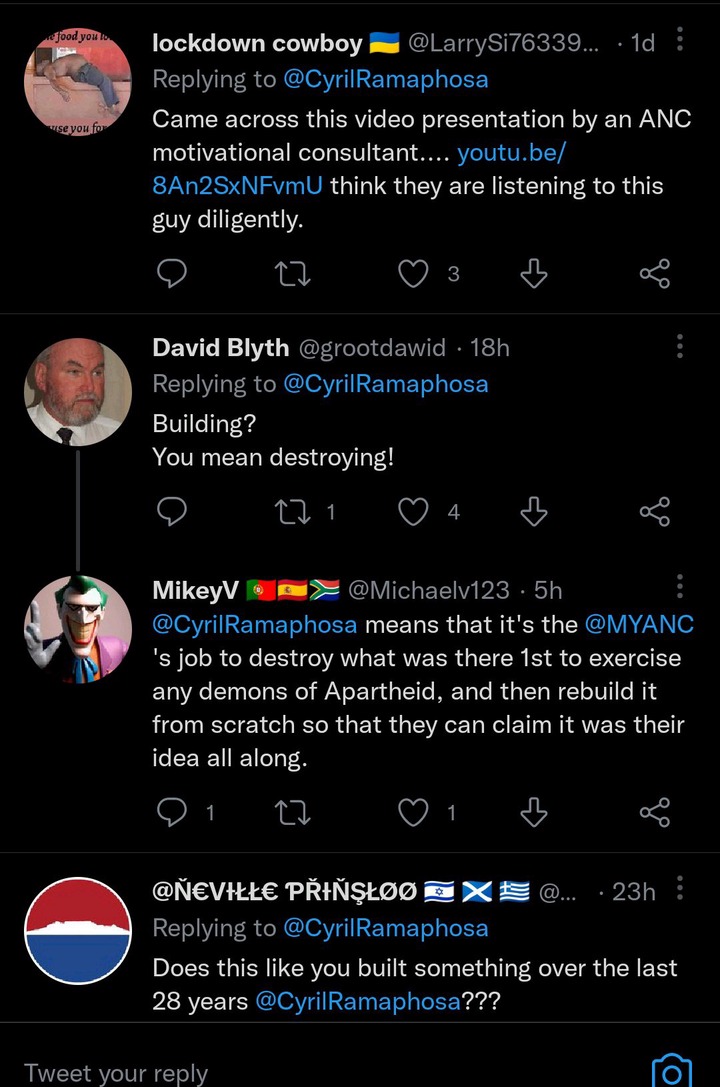 According to the president, the most vexing part of the situation is that those trying to destabilize the country are actually citizens of it. He claimed that the country they worked so hard to gain is in danger of being destroyed. Even while the president claims that the country is being betrayed, many social media users disagree, claiming that it is the government and the ruling ANC party. 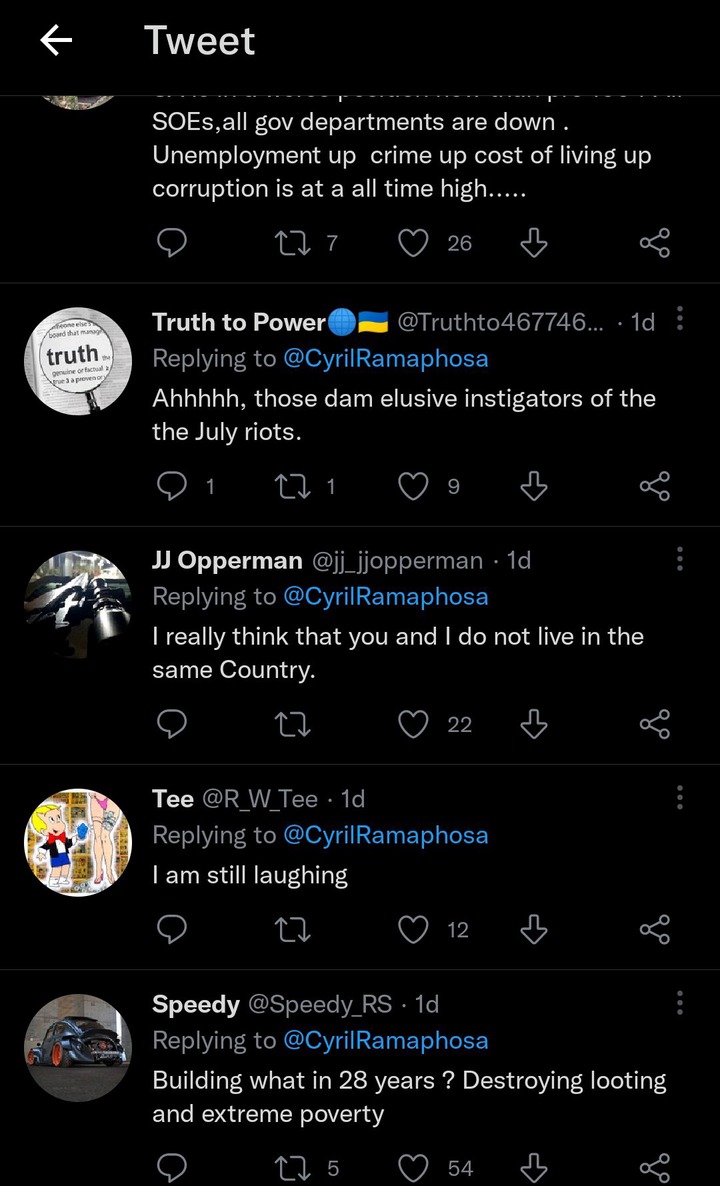 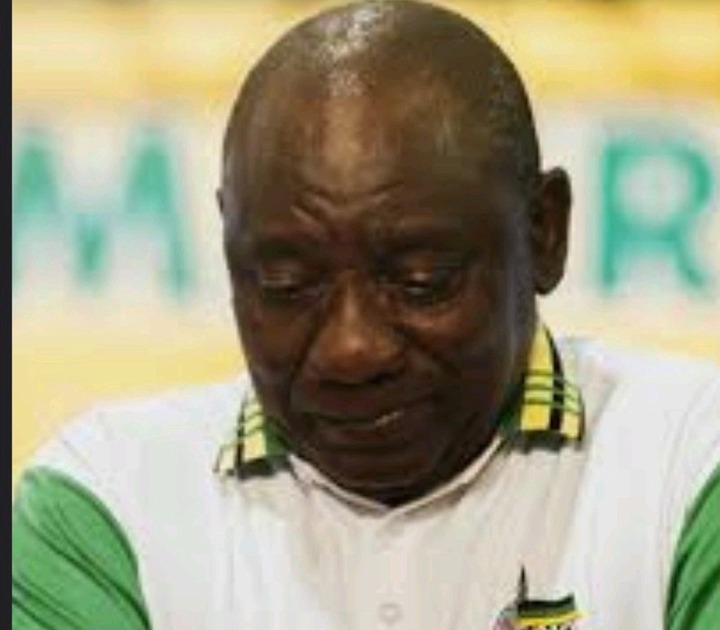 "Cyril has proven he is an askari," claimed one social media user in response to Ramaphosa's tweet. Even though he was at the table when the current constitution was written in 1996, he now wants to retract his own statements (inputs). A man who can't keep his word is untrustworthy. Our word is our honor to us, real men." "The July upheaval is in itself one of the devastating results of many the ANC Government has been constructing for the last 28 years," another person wrote in response to the president. Particularly in the years after the presidency of Thabo Mbeki.

Even though it may be uncomfortable, changing the existing culture of corruption to one of responsibility is extremely tough."

Content created and supplied by: Be-enlightenednews (via Opera News )