Phillip Mhlongo, the leader of the EFF and a member of parliament, has reportedly passed suddenly. On November 30, 2021, his death was announced. 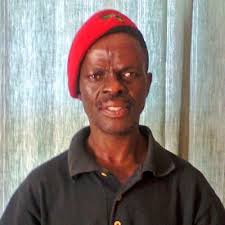 There is no official statement stating his cause of death, and US day News does not confirm or deny Phillip Mhlongo's death, but we will keep you updated as more official information becomes available. 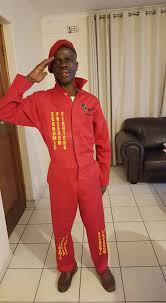 Phillip Mhlongo grew up in Umsinga, KwaZulu-Natal, where he completed his primary and secondary school education. He was a member of the EFF's KwaZulu-Natal Provincial Command Team and was instrumental in the organization of the EFF in this province from the start. 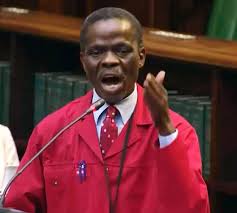 Phillip Mhlongo, the EFF's leader, is said to have died.

Until the ANC's unbanning in 1990, fighter Mhlongo was a member and activist of the United Democratic Front (UDF). In 1986, he also took part in Umkhoto we Sizwe (MK) and received training in Mozambique's Matola camp. He was also stationed in Quatro, Angola, before returning to South Africa in the 1980s to participate in a number of attachments and deployments in Natal underground operations. He earned an advanced diploma in Labour Law from Wits University's Ditsela program.

He was a member of the National Education, Health, and Allied Workers Union (NEHAWU) when it was formed through the merger of various unions.

According to his People's Assembly interview, he grew up in a Christian home, and the Bible's tale of Moses and Chief Albert Luthuli inspired him to join the struggle, and he joined the 'undergrounders,' with the help of Reverend Kunene of the Anglican Church in Ladysmith.

His relocation to Ladysmith exposed him to the brutal realities of the battle, which fueled his desire to participate. He was introduced to uMkhonto weSizwe and was prepared to face the rigors of the moment physically. Because he was often away, this created a difficult scenario for his family. Mhlongo revealed that he suffers from asthma, and that his participation in the conflict aggravated his condition.

In the 2014 elections, he joined forces with the EFF, organizing people on the ground to vote for the EFF, which received over 1 million votes. "Mr. Malema then invited me to join the National Assembly as a Member of Parliament," he claimed.

He discussed his job as a member of the EFF, which is to represent individuals regardless of their political affiliations. Even though he attends the Portfolio Committee on Police, he says he doesn't appreciate political grandstanding.

Content created and supplied by: News24/7Africa (via Opera News )

A 15 Year Old Boy Arrested For Murder In Limpopo

Is this Karma? See what happened to the guy who was suspected for Senzo Meyiwa's death.