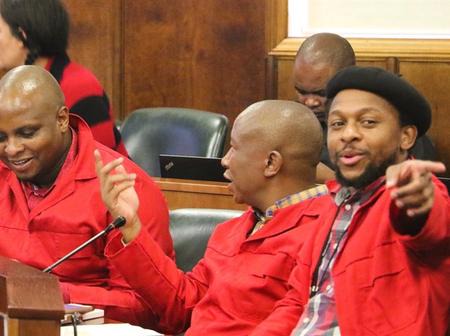 Economic Freedom Fighters heavyweights, Mbuyiseni Ndlozi and Floyd Shivambu have ganged up on former president, Thabo Mbeki after he made a huge comeback to the African National Congress.

Mbeki caused a stir with his numerous utterances which stipulates that ANC is indisputable as it is one of the oldest movements in Africa.

The red beret deputy leader, Floyd Shivambu rubbishes Thabo Mbeki's utterances and said his opinions about the ANC have been so poor because the ruling party has been a failure since 1994.

"It’s his opinion, and thus far his opinions have been so poor and reflected by his dismal failure to dent the crisis levels of poverty, unemployment and poverty despite being in charge of government from 1994 until we correctly recalled him in 2008. The ANC has failed already," said Shivambu.

Shivambu further adds that Thabo Mbeki's handlers are scared of the Economic Freedom Fighters, hence they asked him to help the dying ANC.

He brought into perspective what former president Thabo Mbeki said in 2009 and 2019 when he did not campaign for the ANC citing that the party did not have a good story to tell the masses.

"Mr. Mbeki said he did not campaign for the ANC in 2009 and 2019 because it didn’t have a good story to tell. He was literally in charge of government from 1994 to 2008 and after being defeated threw tantrums. His handlers are scared of the EFF and told him to help the failed ANC," said Shivambu. 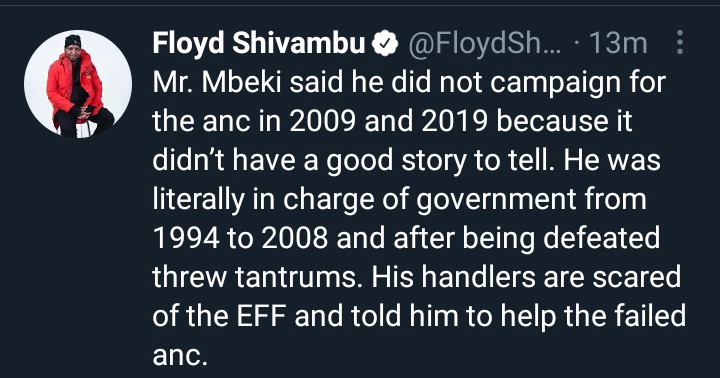 Ndlozi says like any other big movement that ever existed will fall.

"There was no ANC in the 1970s in the country, Yet the struggle against apartheid not only intensified, it did so without a single contribution from ANC. The Black Consciousness Movement and FOSATU are proof that ANC is not indisputable. Even the British empires, big as it was, fell," he said. 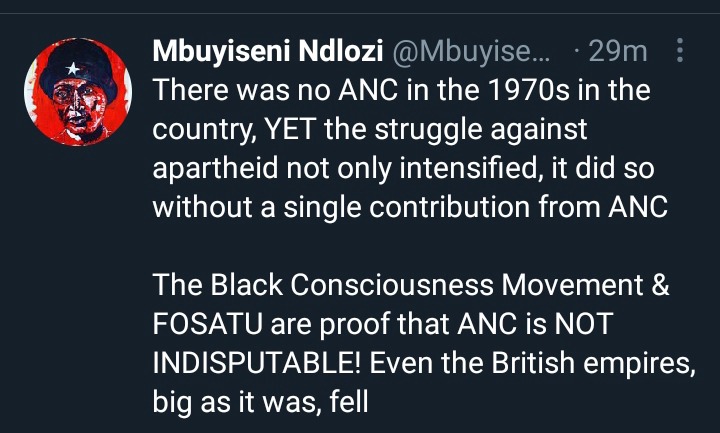 Is Her Dress Made Up Of Pictures? Check What She Wore To Celebrate Her 25th Birthday.

Mixed Reactions From The Public Amid Natasha Thahane's Secret Revelation

Teacher stabbed 24 times in her classroom.

It Seems Like He Partied A Bit Too Hard Because This Is How His Night Started Versus How It Ended.