"Cyril will win a second term as ANC President," said a Zuma supporter.

According to a fervent supporter and admirer of the previous president, Jacob Zuma, the current president, Cyril Ramaphosa, would surely win a second term in office since his opponents are divided. Furthermore, he stated that Ramaphosa's opponents have put forth a number of candidates and seek to split their votes in Nasrec. Furthermore, President Cyril Ramaphosa and Paul Mashatile have succeeded in having the criminally convicted ANC members who are also opposed to Ramaphosa's bid for a second term banned. This suggests that the president is on the verge of claiming a second term as president of the African National Congress (ANC). "Cyril will get a second term as President of the ANC," the person concluded after assessing the scenario. 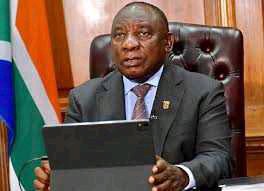 Everyone who backs him for a second term is working toward the same goal. 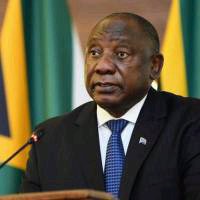 Those opposed to it, who do not want him to win a second term, are divided and have proposed a number of candidates:

As a result, dividing their overall membership" The president has done everything necessary to ensure that he will be re-elected in December.

Another person, however, believes that while Ramaphosa has previously won elections by a razor-thin margin, this may not be the case this time. Ramaphosa, he claims, is dividing his own supporters by assaulting a large number of people he sees as possible political opponents. "I think this is dividing Cyril Ramaphosa more," he said, "since in the most recent nasrec, he won with a small margin even with Sisulu, Zweli, and DD's backing." This was in response to his tight victory in the last election. The only disadvantage of the other side is that they moved quickly to eliminate Ace Magashule as a threat. They acted rapidly because we haven't seen a contender who will challenge. The problem is that Ace Magashule may not attend Nasrec since Paul Mashatile has indicated that in the next Nasrec, all ANC members who are currently facing criminal charges will be barred from contending for any positions within the ruling party. Ace Magashule may be unable to attend. This suggests that a sizable proportion of people opposed to Ramaphosa may not even show up. What good is showing up if you're not going to vote?