Top ANC cadre bounces back after stepping aside, he committed these crimes

If there is a party which is marred by inconsistency in South Africa, the ANC should be listed at the top. The confusion and policy inconsistencies which we are witnessing shows how fractured and disjointed the party has become of late.

A report was published by SAfm News on the 4th of September 2021 showed how the troubled party has become. Onlookers can just see the mayhem which is going on as some comrades are being spared from undergoing the disciplinary procedures which were set.

According to reports, Newcastle Mayor in KwaZulu-Natal, Ntuthuko Mahlaba has been re-elected as ANC's chairperson of the eMalahleni region. 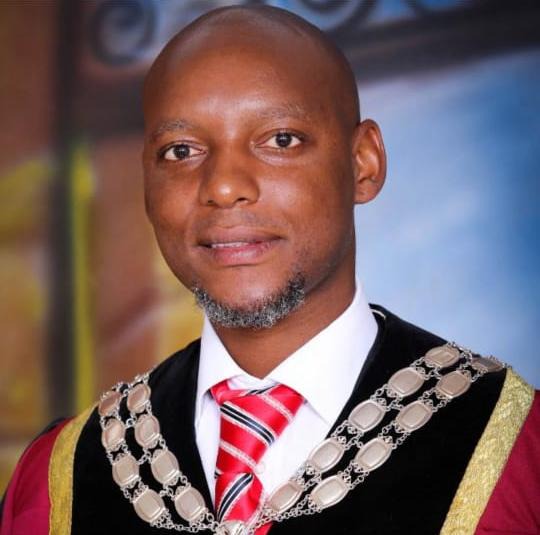 The latest appointment has infuriated many as they wish to be governed by clean people who are not involved in any form of crime. Mahlaba recently stepped aside from his responsibilities and was removed from ANC's candidate list because he faces assault charges.

It now appears has been granted the green light to do whatever he wishes as he was elected unopposed. It is not yet known if the comrade will have to step aside again as the charges he is facing are not yet cleared.

The big question which is on the lips of the nation is how does a person who stepped aside as per the ANC NEC directive stands in a conference and get elected? This has given the picture that the step aside resolution is not renewing the organisation at all.

Mahlaba stepped aside from his official duties and ANC and how did he become a candidate if he is suspended? 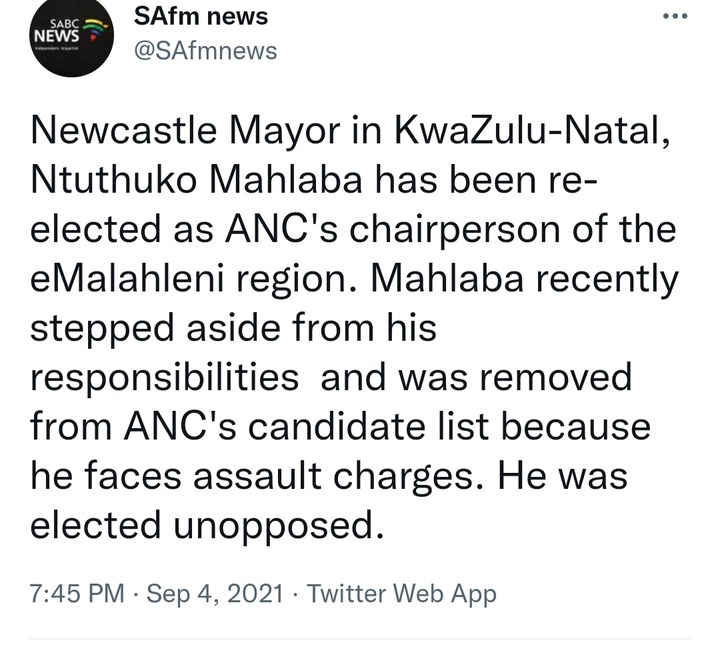 It is widely believed that the ANC hides some of their criminal members. They are not punished all when they do wrong and this is tarnishing the image of the party. In ward 127, it is being reported that Dular Omar branch, one candidate is said to have been nominated while facing criminal charges.