Former President Jacob Zuma has warmed hearts of many South Africans after what he did in court on Tuesday. Although the Pietermaritzburg High Court has dismissed his application to have NPA's Advocate Billy Downer SC removed as his prosecutor for corruption trial, Zuma showed no hard feelings. After the judge ruled that Zuma's prosecution should now go ahead, the Former President went to greet the NPA's Advocate Billy Downer SC. Judge Piet Koen ruled that the corruption must go ahead with Downer, but with his head bowed and hands together, Zuma showed humility in front of Downer. 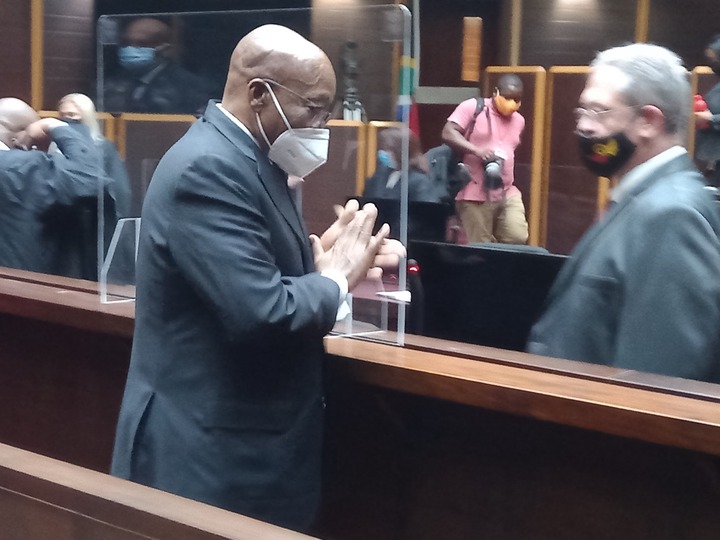 What Zuma did has left many people admiring Zuma's humility. Even though he felt that Downer violated his privacy and dignity by leaking his medical reports, Zuma was humble towards him. "No matter how you wronged this man, his humility doesn't change, what a man, what a leader.....Nxamalala," one of his supporters praised Zuma. Zuma is a remarkable man, some of his fans say. 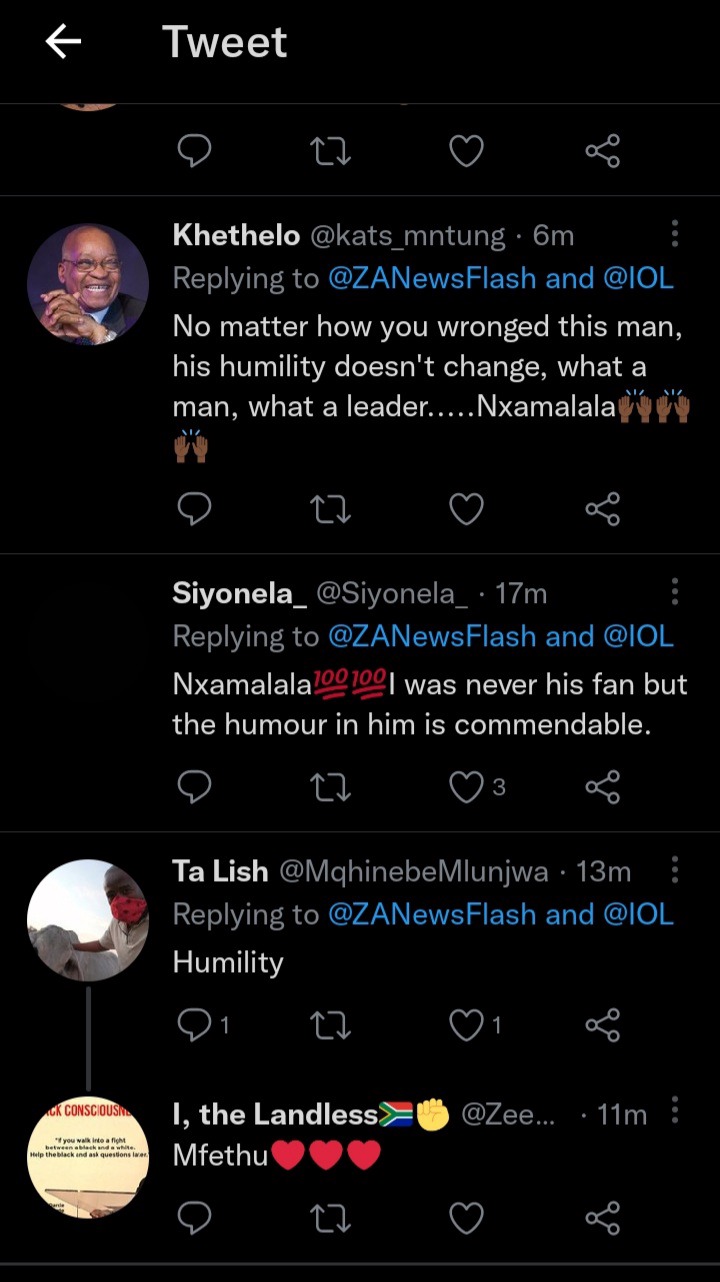 Meanwhile, Zuma's daughter, Duduzile has taken to Twitter to share how she feels about the court's verdict. Duduzile says it was expected but the fight is not over. She says her family will fight on to prove Zuma's innocence. "The forefathers of this land will be with Msholozi on this one, I personally can see what is going on here. But Zuma will pass through this at the end. Let's wait and see." 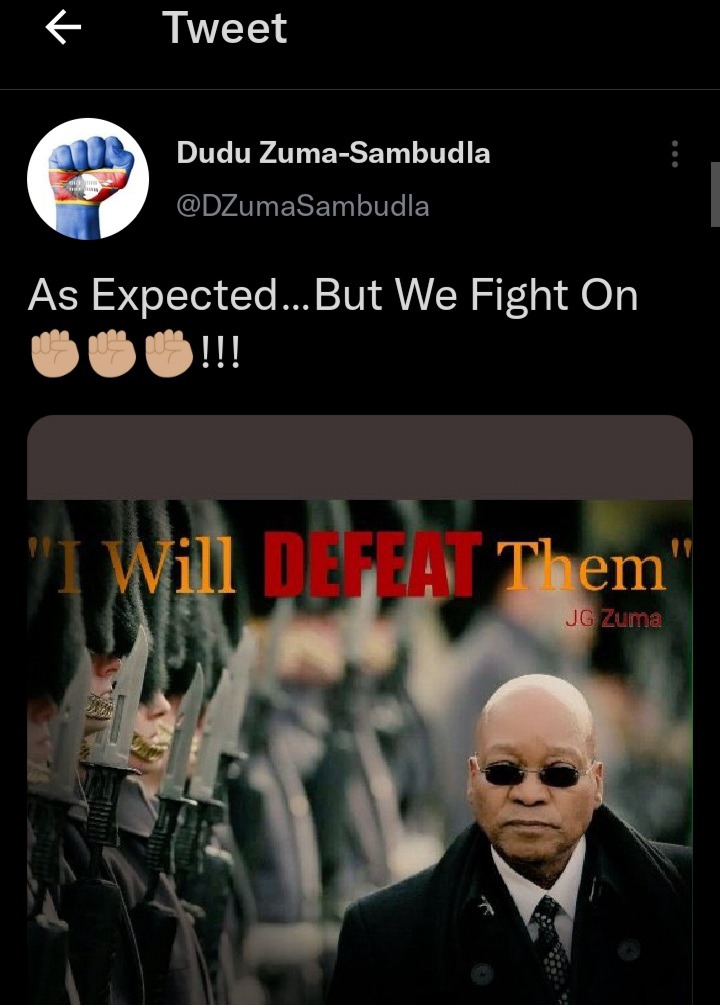 Meanwhile, after dismissing the application by the former President to have NPA's Advocate Billy Downer SC removed, Judge Piet Koen has ruled that Zuma's corruption trial should sit from 11 April 22. There are indications that Zuma's legal team is considering an appeal. It's important to note that the trial is set to start a day before Zuma's 80th birthday next year. 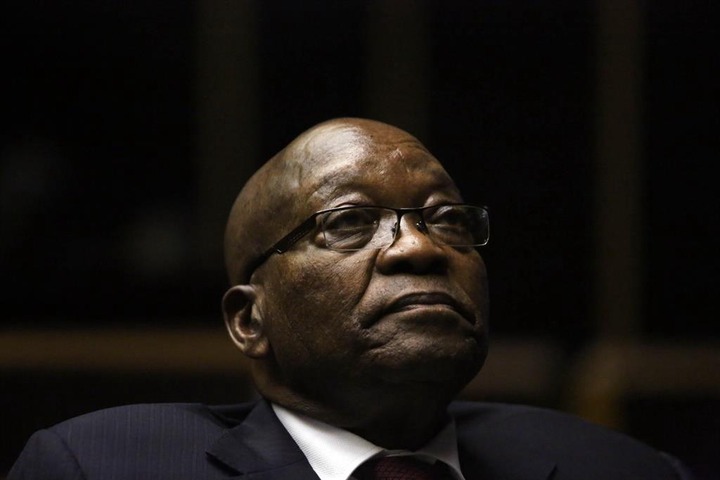 One of Zuma's die hard supporters, Sphithiphithi The Evaluator predicts that tge trial will not start; it will be postponed again and again! "Any Judge; Lawyer or anyone that claims to be for Justice can see thar this is all political," Sphithiphithi says.

In my opinion, there's nothing wrong with Downer. Zuma just wants to avoid his day in court at all cost. And you know why? Because he knows his guilty as sin. What are your thoughts?