By Ancmember2 (self media writer) | 1 year ago

By Tshego Lepule Time of article distributed 6h prior

Today the ANC will cast a ballot to remove two of their councilors who casted a ballot with the DA in the Kannaland region to expel individuals from their alliance.

This comes after the Western Cape High Court on Friday decided for a dire application brought by the Independent Civic Organization of South Africa (Icosa) against two ANC councilors, two DA councilors, the district and its administrator.

The application looked to topple the choice of the March 10 board meeting which saw Icosa speaker Werner Meshoa and councilor Hyrian Ruiters who likewise filled in as an agent for the chamber to the Garden Route District Municipality eliminated through movements of no certainty.

The DA's Aletta Theron was then chosen as speaker and her partner Joslyn Johnson was sent as an agent to the locale. Icosa asserted that the gathering was held unlawfully after Meshoa had suspended it however every one of the four councilors chose to continue and that the speaker was not given sufficient notification period before movements were postponed.

Nonetheless, the court's decision on Friday evening put to the side every one of the choices, reestablishing both the Meshoa and Ruiters.

The ANC's Lerumo Kalako said the gathering would today elastic stamp proposals to remove two of their councilors, Magdalena Barry who is city hall leader and Phillipus Antonie who is the representative chairman, for casting a ballot with the DA.

"We invite the court's choice returning the unlawful gathering. We need to state completely that those councilors acted to their greatest advantage without the say-so of the ANC as an area and region. We have since quite a while ago pulled out of the alliance with the DA and these two have their own relationship with the DA councilors," he said.

"They have challenged themselves out of the ANC, the area has sent us a proposal and we will conclude the way toward removing them at a gathering of the Interim Provincial Committee (IPC) on Sunday."

Icosa's Jeffery Donson said they invite the choice which set their situation of the legitimateness of the gathering.

"This implies every one of the choices taken from that gathering are invalid and void and the legitimate speaker can continue his obligations after he was taken out wrongfully. However, we anticipate having our case heard for part B of our application that will uncover the defilement that has been occurring," he said.

Theron said she was stunned by the court's choice and will go against the last help looked for by Icosa when the matter is expected back in court in May.

DA Constituency Head Gillion Bosman said the gathering was reading the judgment for a path forward.

"The center is giving the district support to get it back to monetary wellbeing, manageability and establish a climate where the chamber can settle on choices that advantage individuals of Kannaland," he said.

The upset region is confronting various examinations from the Hawks and the Special Investigating Unit (SIU) over charges of extortion and defilement. This, as another court challenge is forthcoming from the Department of Local Government which tries to banish it from going into a R700 million agreement the office asserts the destitute region can't bear.

The region's as of late restored speaker will likewise need to show up in court on March 31, for condemning after he was seen as liable of misrepresentation and deterrent of equity over movement claims. 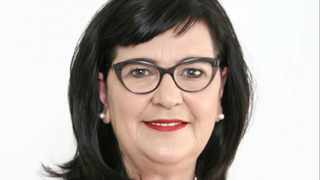