The deadline for the electoral reform, which was ordered by the Constitutional Court two years ago, is a little more than a week away, but little has been done to bring the new law to fruition. Now, desperate attempts are being made to get an extension to the deadline, but there is fierce opposition to this. This leads to the possibility that the elections will not be held within the constitutionally stipulated five-year interval, as the Electoral Commission of SA (IEC) needs a strict 24-month timetable to organize a free, fair and credible poll. The tardiness of Parliament and the home affairs department in effecting electoral reform legislation is placing the 2024 general elections at risk.

Parliament’s failure to implement the Constitutional Court’s June 2020 decision to amend the Electoral Act 73 of 1998 has left the IEC in a predicament that is likely to force it to consider postponing the 2024 general elections. To add to the commission’s woes, the process to effect the changes in the act is said to take more than six months, which Parliament wants done before an amendment bill is gazetted and debated. With only 11 days left before the deadline to implement the Constitutional Court’s decision, interested parties are worried that the 2024 general elections will be thrown into disarray. Several parties, including the New Nation Movement, which initially challenged the act, believe that Parliament has fallen way behind schedule and that the delay may have placed the IEC in limbo because its tight schedules are meant to kick into gear next year. Their biggest worry is that the IEC may ultimately not be ready to hold the election by May 2024. It is believed that it would be unconstitutional for the elections to be held later than August 2024.

City Press has learnt that National Assembly Speaker Nosiviwe Mapisa-Nqakula has approached the Constitutional Court in a desperate attempt to have the deadline extended by at least six months. In his majority ruling on the matter concerning New Nation Movement and Others v President of the Republic of South Africa and Others, Justice Mbuyiseli Madlanga declared that the Electoral Act was unconstitutional on the basis that it did not allow citizens to be elected to the national and provincial legislature as independent candidates.

The apex court ordered Parliament and the Speaker of the National Assembly to rectify the electoral laws within 24 months – between June 2020 and June next month – and also shut down the prospect of a deadline extension. Before the ruling, the act only allowed citizens to be elected to the national and provincial legislature through their membership of a political party. The Constitutional Court ordered that Parliament amend it and insert certain definitions to include independent candidates as contesters to elections in both the national and provincial legislatures.

“If the IEC is not able to deliver the elections within the remaining period, that would mean that the 2024 elections would have to be postponed.” With regard to Parliament’s request for 36 months to effect changes, Madlanga said at the time of the judgment: “The Speaker asked that, if there be a declaration of invalidity, it must be suspended for a minimum of 36 months. She made the point that choosing a new electoral system would be quite complex. In addition, it would involve extensive consultation. That is not an unreasonable request, but that is not all that we must look at. 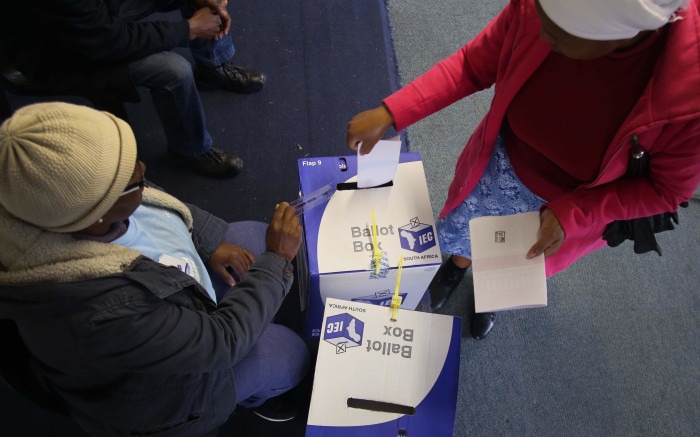 “The new electoral system must be in place well ahead of the next elections. That will give the electoral commission enough time to set up systems for the election to be conducted smoothly. Likewise, those desirous of contesting the elections can only start campaigning once those systems are in place. With all that in mind, a reasonable period of suspension seems to be 24 months. That is what will be allowed.”

Tselane said the IEC was going to be in a difficult position because this was an unfamiliar environment, and therefore the commission would require sufficient time to prepare for the elections. “This is not even a normal environment because the system that is going to be implemented ... the IEC does not know what it is. It has not been decided yet what the system will look like. So they can’t even go ahead and start preparing for the 2024 elections when there is no system in place.

“In other words, they have to wait for Parliament to finalise the electoral system and, once that is done, the IEC will have to put in place a mechanism to implement that system.” According to Tselane, the judgment did not require the IEC to do anything, only for Parliament to come up with a new electoral system because the IEC’s role was only to implement an approved system. “If there is no system, the IEC can’t implement what does not exist.”

PARLIAMENT COULD BE IN CONTEMPT

OneSA Movement leader Mmusi Maimane believes that Parliament is delaying the move on purpose. He blamed the ANC-led government for failing to be accountable.

Maimane said the IEC must oppose the court action by Parliament: “The application for an extension speaks to a Parliament that does not want to fulfil the constitutional obligation that says that it must amend the Electoral Act. Postponement or no postponement, the bill that is on the table now is against the spirit of the Constitutional Court.

“If this matter is not settled in due course, Parliament will be found in contempt of the Constitutional Court. And if the Constitutional Court grants it an extension, it means that it is now putting the upcoming elections in jeopardy because the IEC may simply have run out of time to prepare for the elections. So the IEC must be compelled to become a player and oppose the application by Parliament,” he said. 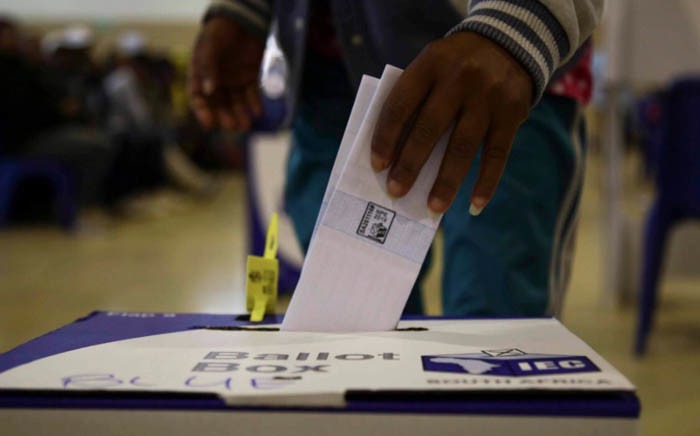 HOW HOME AFFAIRS MESSED UP

New Nation Movement coordinator and executive director Bulelani Mkhohliswa said they had advised their lawyers to file for a motion to oppose Parliament’s application for a deadline extension. “We are saying that, instead of six months, Parliament must be given 12 months so that this process is done properly and that all the interested parties – including the minister of home affairs, the IEC and National Council of Provinces – work closely together in delivering an Electoral Act that is going to be a true reflection of what our Constitution says,” Mkhohliswa said.

Provided that all key players are involved, 12 months would be enough time for the IEC to ready itself for the 2024 elections. Mkhohliswa said that, in their engagement with Mapisa-Nqakula she had indicated that home affairs took a long time to exercise and discharge its responsibilities, which, in this case, include the responsibility of spearheading and implementing the process.

Home affairs spokesperson Siya Qoza referred enquiries to Parliament, saying that was where the bill was being handled. Parliamentary spokesperson Moloto Mothapo confirmed that the Speaker had officially lodged an application on April 25 for a deadline extension.

He said the programme of the portfolio committee on home affairs was on track to meet the deadline, however, the public participation aspect had to be extensive and therefore more time was required. “The executive took several months for processing and policy development before introducing the bill to Parliament. The bill was introduced on January 10 2022 and the portfolio committee started engaging with the bill and calling for comment, as well as deciding to undertake provincial consultations.

“When it became apparent that Parliament would not be in a position to pass the bill by the deadline, and with the amount of public interest in the matter, the portfolio committee decided it would require more time.” He was of the view that time was not really an issue because “the IEC has indicated that it can work within the time frames”. He said political parties agreed with the application. “The IEC indicated that it could meet the requirements based on the current version of the bill. The respondents in the matter must make their submissions to court.”

8 Ways to Keep Your Kidneys Healthy