On Monday, former President Jacob Zuma's attorneys returned to court to discuss his medical parole. Zuma was granted a conditional early release in September of 2016 after serving two months of a 15-month sentence. It comes after the Constitutional Court declared the controversial former president guilty of contempt of court for failing to appear before the State Capture Commission of Inquiry. Arthur Fraser, a former spy chief, stirred controversy by allowing Zuma's parole when the South African medical parole advisory board recommended against it. In December of last year, the Pretoria High Court determined that Fraser's decision was illegal and ordered Zuma to complete the remainder of his sentence. 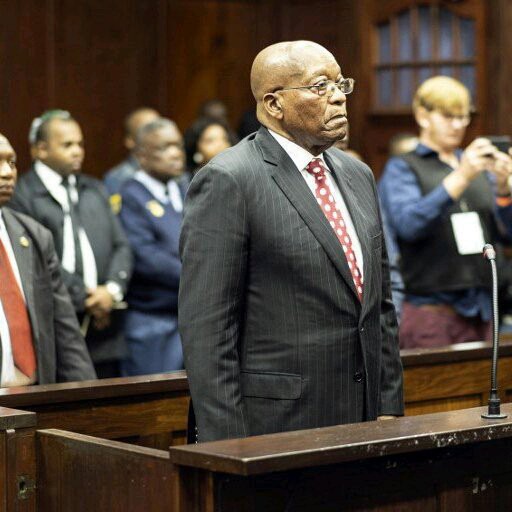 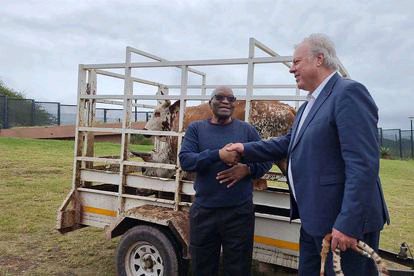 Louis Liebenberg is one of a handful of persons supporting Zuma outside of court. He claims to be there to support the former president, whose financial support has been terminated. Liebenberg argues God would still provide for Zuma. Liebenberg is raising a commotion outside the court by stating that President Ramaphosa must resign. People support Cyril Ramaphosa because of fear, but we're not idiots. We are come to support Zuma, our legitimate president. Cyril bows and kneels before the United Kingdom and Westerners. Ramaphosa must go now! God will grant him strength, and he will return to his position as President of the people. Samkelo Maseko published on Twitter a video of him disparaging Cyril Ramaphosa's reputation. After viewing this film, I hurried to Google and discovered that Liebenberg is an alleged fraudster who made a fortune during the Zuma administration. Now that the water has run out, he has insulted President Ramaphosa ever since. It is hardly surprising, however, that Msholozi attracts the type of people that it does. View videos here

We will discover who among the handlers is a white monopoly stooge. We were told that the white monopoly is handling Ramaphosa. Observe who is speaking now!

WHO IS LOUIS LIEBENBERG?

His name may ring a bell with some of you: He is a prominent businessman with experience in the mining, gold, and diamond industries. Nonetheless, a number of accusers have dubbed Liebenberg a "con artist." As a result of charges of money laundering and running a Ponzi scheme, the High Court temporarily froze the bank accounts of diamond trader Louis Liebenberg and his firm, Tariomix, containing around R100 million, last year.

Mzwanele Manyi, a spokeswoman for the Jacob Zuma Foundation, asserts that the former president's medical parole case is another another attempt to destroy his credibility. I can only assert that Arthur Fraser broke the law when he paroled Jacob Zuma. Now, Zuma is active in court attempting to justify a terrible legal choice. Zuma is going back to jail screaming and kicking!