It is believed that Eskom current CEO is a racist and this is after an email was leaked were he made racist comments about Mama Winnie Mandela. And the EFF has now released a statement about the leaked email. Andrew de Reyter made these comments while he was still working at SASOL. De Reyter made racist jokes about how Mama Winnie Mandela was just an ironing lady while the late British Prime Minister Margaret Thatcher was the iron lady. 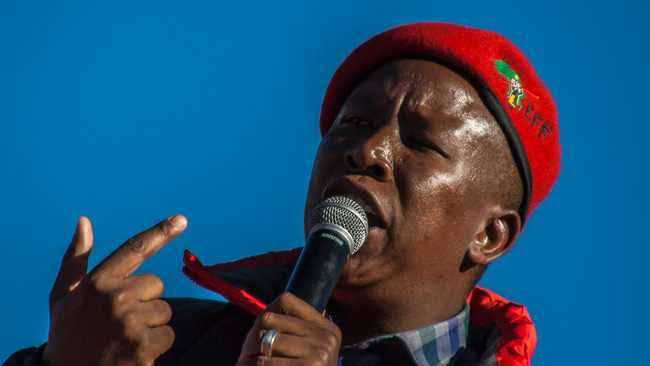 Black woman in this scountry are still seen as nothing but domestic workers. In their place of work, they don't get the respect they deserve as it is believed that they should be in the kitchen. We can even see that woman are not regarded as people who would be great leaders. They are meant to be just followers.

"The country has a long history of objectivizing black women, rooted in our colonial and apartheid history, which is still perpetuated this day by the structures of the South African economy" 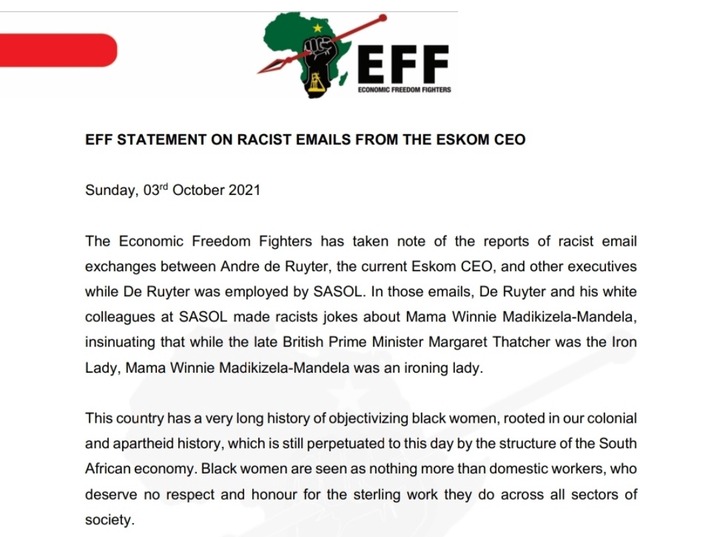 We know that Eskom CEO is being praised for doing a good job at Eskom even under the conditions that people are forced to live in. The price of electricity is at its highest and people can barely afford it. We have also seen that the power utility has been having many issues, were we saw part of Medupi Power Station exploding just days after it was completed. Nobody is blaming the CEO for what happened Eskom, but forner Eskom CEOs were blamed for loadshadding that we still have even today. 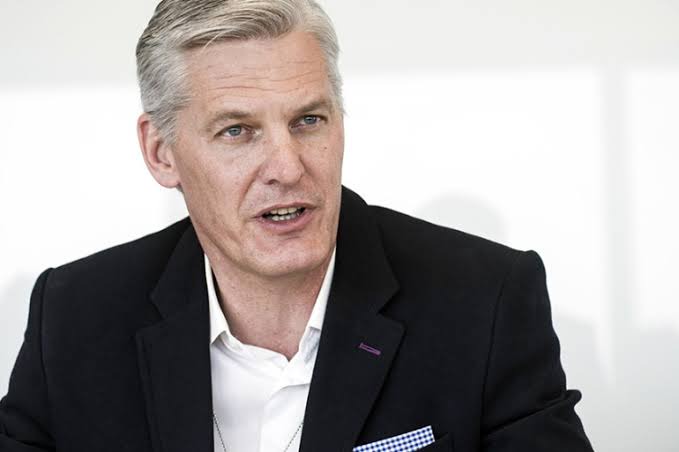 The media in this country seems to be selective on which news they cover and they all seems to be doing the same thing. Even independent media houses seems to be picky of what is news worthy. If Eskom CEO was a black person, he would be making international headline by now or he might have not even survived the Eskom scandals.

President Cyril Ramaphosa promised to solve the problem at Eskom when he took office but it looks like the problem is getting worse on a daily basis.