"He's A Super Minister" - Dudu Zuma Hits Out Pravin For This

Former President Jacob Zuma's daughter, Duduzile is not scared to make strong comments on virtually any subject at hand, she has over the last few months being notoriously known for firing scarrilous attacks to high-profile ANC leaders, particularly President Cyril Ramaphosa, but this morning she had a go at another prominent ANC Minister. 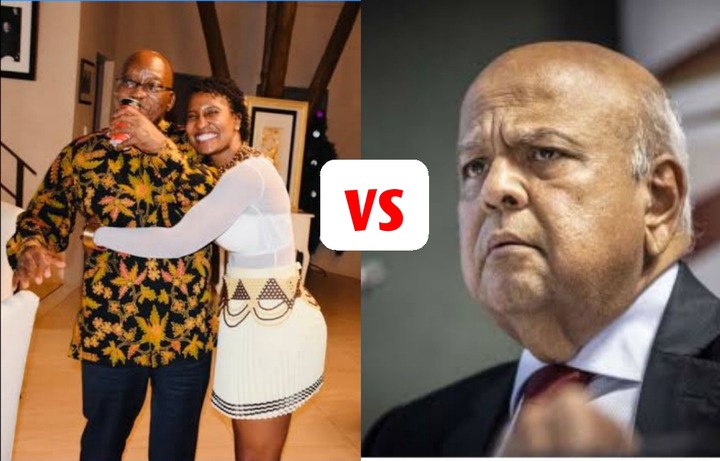 It is a well-known fact that Duduzile's father and Public Enterprises minister, Pravin Gordhan are no longer the best of friends, this is mainly attributed a break down of relations around 2016, when the then President fired Gordhan from his finance ministerial position based on some unsubstantiated state security document.

Prior to that, the two ANC bigwigs were known to be close allies, but that has since being consigned into political history. 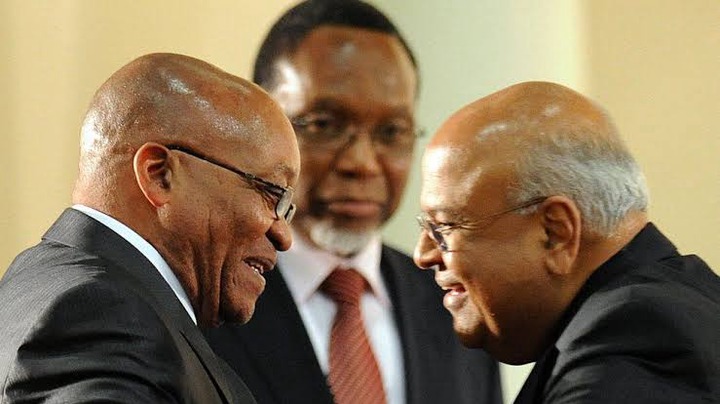 Meanwhile, replying to a tweet which had questioned whether Gordhan was a member of the ANC, Duduzile came out guns blazing against Gordhan, sarcastically saying he is a Super member of the party who does not really do much work on the ground but invariably gets top positions in the party.

"He Is Not Just Member…He Is A SUPER Member Who Does Not Even Have To Campaign And Stellenbosch Will Still Appoint Him A Minister, Unlike Other Ministers Who Are Called Stupid Who Have To Sing For Their Supper And Actually Campaign," Duduzile-Zuma. 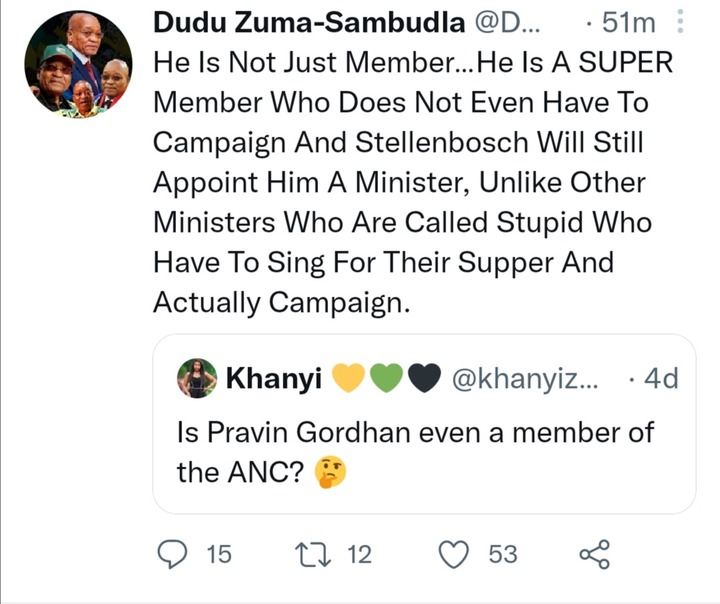 Many on twitter were quick to remind Duduzile that Gordhan was one of her father's most-trusted allies, and she had no right to call him a stooge of white Monopoly Capital (WMC).

Quite honestly though, Gordhan is one of the few ministers who stood their ground during the height of the state capture project, by refusing to the work with the Gupta family which was intent on repurposing the state to serve their own selfish interests. 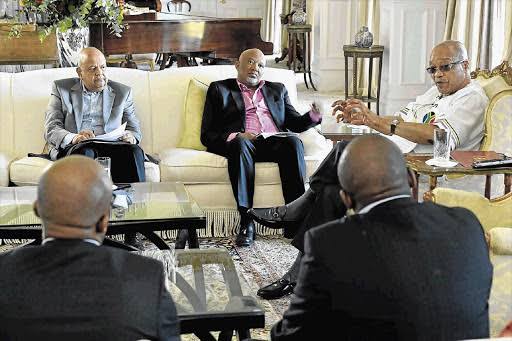 This was mainly the reason he was unceremoniously reshuffled in 2017 in favour of the inexperienced Malusi Gigaba in so far as the portfolio was concerned.

Do you think Duduzile has a point that Gordhan does not really work any ANC work on the group, particularly as in campaigning during elections?

Leave your comments in the comment section below, don't forget to share with your friends and family 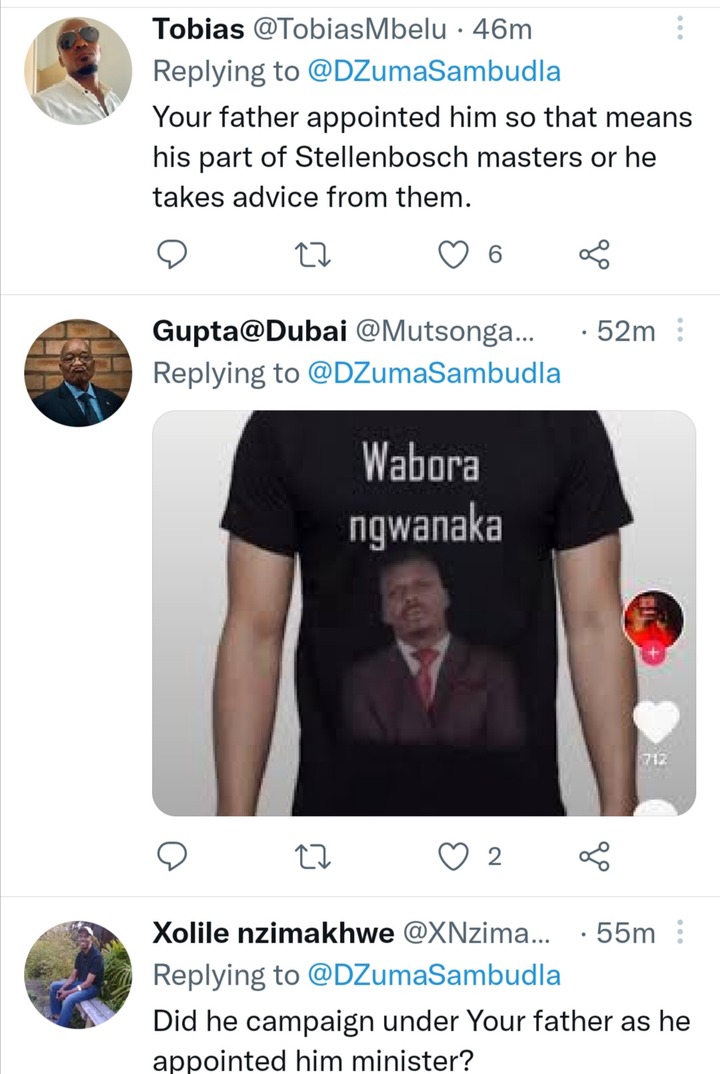 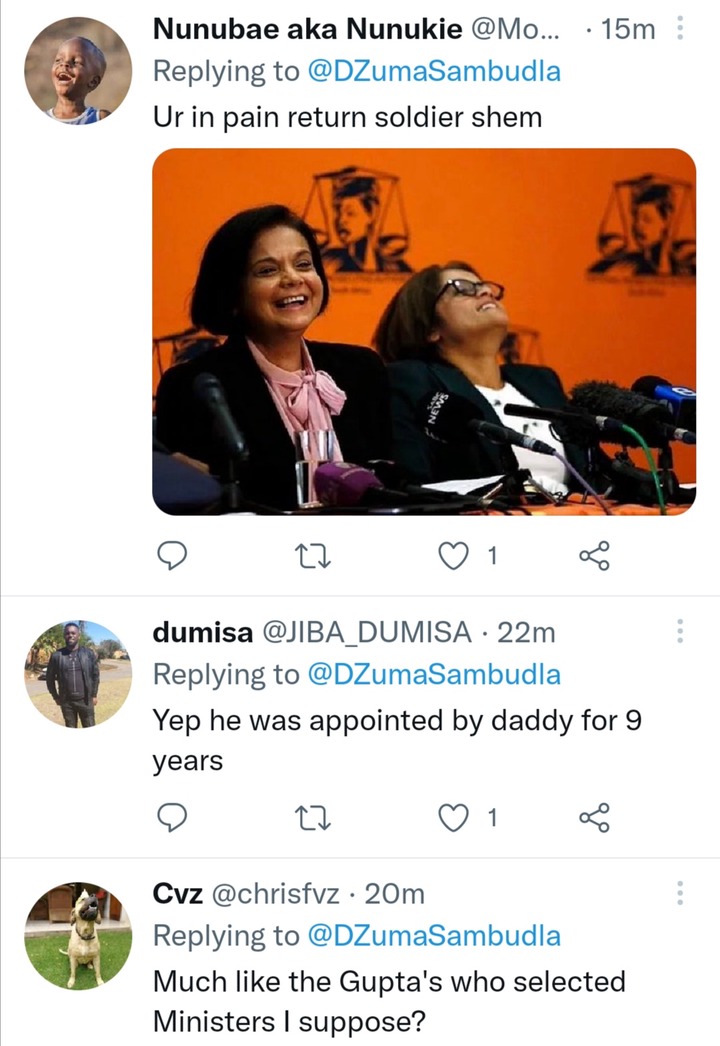 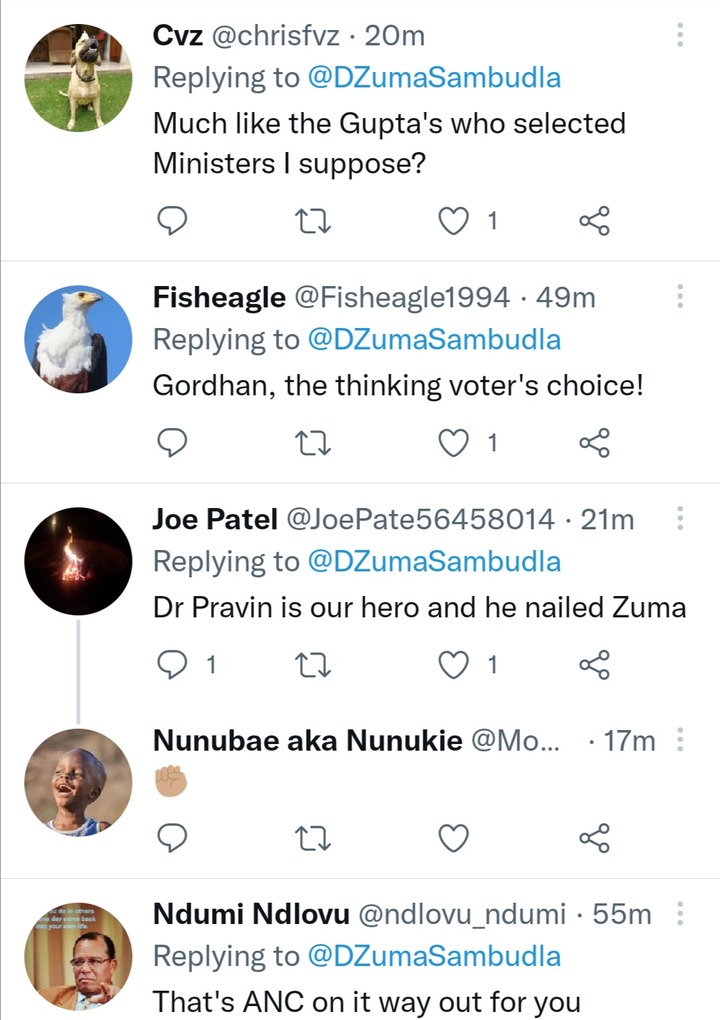 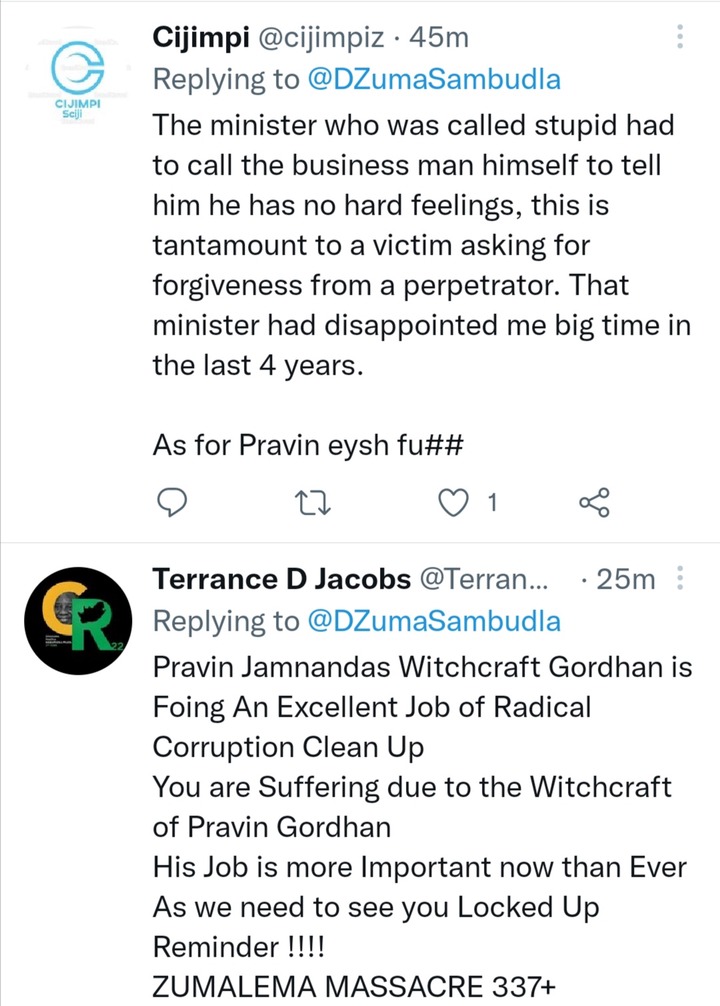